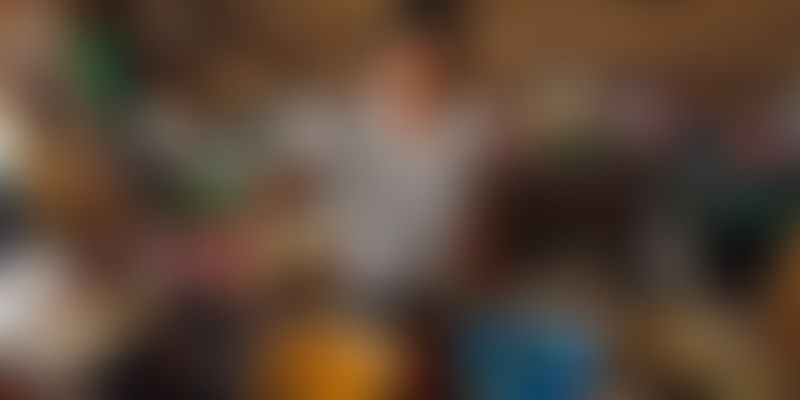 Eco Kitchen, part of the Project Eco (Enhancing Community Opportunities), aims at empowering women by providing them micro-entrepreneurship opportunities. Using cooking as the means to attaining this, it also attempts to make the community food secure.

Eco kitchen takes care of the cost of food produced and the women take care of the cooking and sales part with the kiosk. Part of the profit made from it is given to women who range from victims of domestic violence to survivors of HIV-AIDS. Talking about the Eco Kitchens's recent initiative, its manager Sethu Lakhsmi told News Today,

During Pongal, we conducted an event called 'Dine and Dialogue', where various heads of corporate firms, women entrepreneurs we support and children from a home participated. They shared their success stories. The motive was to understand hardships endured during the course of the journey. We look forward to scaling up the number of beneficiaries.

Named 'Kadhir', the project was initially started as a pilot with 10 women. The results showed that this helped women with building their self-esteem and at times financial independence led to reduced violence at their households. So it has now expanded to include hundreds of women in and around Chennai.

Started in 2010, Eco Kitchen was instrumental in making sure that people in Chennai did not go hungry during the floods of 2015, owing to its solar energy system. In the eight years since its inception, it has been serving food for orphanages, homeless and the underprivileged. In an interview with The Hindu, Sethu Lakshmi said,

On any given day, we were cooking as many as 5,000 to 7,000 meals at a time for relief work... This is where unlikely heroes stepped in to help us. For instance, I got a call from a young man called Kauser who, along with his cousin Jaffer and 60 other volunteers, had managed to procure nearly 1.5 tonnes of fresh vegetables from Ooty, which they donated to us. According to them, they had suffered greatly due to the floods, but wanted to help. It was so heartening to see people like them step in for the needy.

This Mumbai woman is making zero-waste life a reality