Even when the system is not perfect, entrepreneurs will find a way: TiE Chairman Suhas Patil 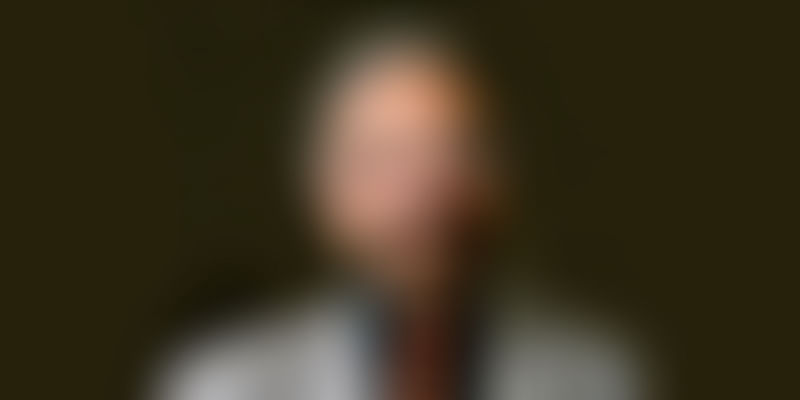 TiE, a community of successful entrepreneurs that mentors and incubates aspiring ones, says Indian startups don’t need motivation; they only need to be guided — financially, and otherwise.

The Indus Entrepreneurs, more popularly known as TiE, has been committed to the entrepreneurial ecosystem across the world since the 90s. This not-for-profit organisation is made up of entrepreneurs who want to give back to the space that nourished them.

With the blossoming of the Indian startup ecosystem, TiE has been involved in mentoring, networking, educating, incubating, and funding entrepreneurs here as well.

On the heels of the second edition of the TiE Global Summit — an event that brings together entrepreneurs, mentors, VCs, PEs, angel investors, and banks with the aim of fostering ideation, innovation, creation and collaboration — YourStory caught up with TiE Global Co-Founder & Chairman Suhas S Patil.

YourStory: How did the TiE network come about? What drove you to educate budding entrepreneurs?

Suhas Patil: The core purpose of TiE is to inspire aspiring entrepreneurs. Typically, whoever is a member of TiE has not gone by his family background. We learnt that if we have ideas, we could get support from venture capitalists. In effect, with money and talent, we can create a new company. We learnt that process the hard way.

As successful people, we wanted to give back that learning to the ecosystem. When you’re successful, you can write a cheque to charity. But, TiE was our way of giving back. We hoped that entrepreneurship, instead of being restricted to a few people, would become a mass activity. There would be millions of entrepreneurs and that, in turn, would result in the uplifting of the community.

It turned out to be fruitful and TiE has spread from Silicon Valley to other cities in America and elsewhere in the world. Today, we have 61 branches across 17 countries. TiE is one place where the successful and the aspiring come together, and new entrepreneurs receive guidance, both financial, and otherwise.

YS: What has TiE’s association with India been?

SP: TiE has been involved in India for the last twenty years. The first time we came here was in 1998 to introduce how startups occur. We have a long association with India. We started by educating how startup companies could be built even if entrepreneurs themselves had no money. There’s a model in America and we used that. We are happy that over a period of time the startup activity here has expanded. India, besides the US, is where we have the maximum number of TiE chapters today. There are 17 TiE chapters in the country not only in big centres, but also in secondary cities. Last year, we had a programme for women in Imphal. Then, we went to five different cities.

YS: How is the entrepreneurial ecosystem in India different from that in developed countries in the West?

SP: In India, in the early years, there were venture funds as well as angel investors, but the risk capital was not there. Now, the government has taken a key interest in the startup space and various initiatives are being undertaken. The biggest thing I have seen in India is that young people are looking at other successful entrepreneurs and saying, ‘I too can do it’. It is like a movement here, another kind of revolution.

The freedom fighters through their efforts gave India political freedom. But to be truly free, you also need economic freedom. Economic freedom means generation of wealth, and nobody can do that more than startups and entrepreneurs. We have seen that happen in America. Within 15 years, Google went from being a small company to a global giant. Now, we see that happening in India, which is in the accelerating curve.

YS: TiE is now spreading across small and big cities here. Do you see a difference in the entrepreneurial mindset across regions?

SP: Opportunities in cities are different from one another. Backgrounds are also different. For instance, if someone has worked in IITs or other research institutions, they are closer to technology. Their startups would leverage their knowledge. Their activities can require much more capital and be undertaken by only those who are in a position to access that.

In smaller cities, the opportunities come from observing what is needed and by fulfilling that need. Last December, a few women came together in a small town and created a new channel of distribution through organic farming. The entire startup process is about finding an unmet need, figuring out how to be better than somebody else, and changing the rules of the game.

YS: Is TiE collaborating with the Indian government to boost the startup ecosystem?

SP: We see tremendous drive on the part of the Indian government. We work closely whenever there is an opportunity. TiE is much involved in the creation of an entrepreneurial centre in Delhi. We are not competing with the government. Everyone is committed to creating a better environment for entrepreneurs. Sometimes on the policy front, things can take time though.

YS: What is the assistance that growth-stage startups in India require?

SP: Entrepreneurs today are motivated. They do not need any motivation. That stage has been achieved. Now, it comes to who they are connected with in the ecosystem. To get early money, either angel funding or government grants, is one of the most difficult things for entrepreneurs.

The professional money or venture capital is generally available only after a certain level, when the idea is viable, and financial institutions are ready to take a risk on them.

To get to that stage requires early work. The ideas of entrepreneurs need to be fleshed out. This is the biggest challenge the entrepreneurs face — to get from the idea stage to the VC stage. Therefore, they need guidance. This is where successful entrepreneurs generate maximum impact. These young people are taught to find the right opportunities.

YS: Is there any sector where access to startup capital is particularly difficult?

SP: That depends on the region and its needs. But, entrepreneurs always come up with new ideas. Even when the system is not perfect, they find ways to operate. Like Hotmail came up with the idea of free email. It said it will make money through advertising. It was a totally new concept then. Today, the whole of social media is advertising-driven. That is the beauty of the startup ecosystem. It finds a way and doesn’t wait for things to be solved.