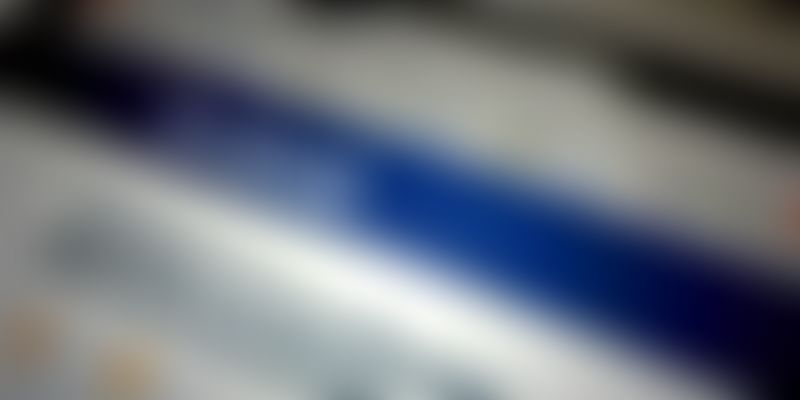 Today, February 4th marks the 14th anniversary of the launch of the world’s largest social network, Facebook. Over the years, the platform has mushroomed bigger than anybody could have predicted, and its founder Mark Zuckerberg has become the inspiration for a generation of young tech entrepreneurs. It has not been an easy run by any stretch of the imagination. There have been plenty of setbacks, such as the recent protests over the fake news, and debate over the platform’s impact beyond the realms of the internet continues to rage. However, by and large, the platform has kept moving forward slowly, gradually working in the general direction of a more connected and open world.

From huge acquisitions to exciting technology launches, Facebook’s 14 years have seen some truly remarkable moments. Here are 13 of the platform’s biggest events, one from each year of the evolution of the social network:

From the humble beginnings as FaceMash in October 2003 – described by Mark as a “Harvard version of popular ranking platform Hot or Not” – came the earliest form of Facebook. In February 2004, Mark officially announced the launch of TheFacebook, a Harvard-only social network that allowed users to create profiles featuring photos and basic information in the form of a digital “face book”. The platform would eventually drop the “The” from the name in 2005.

Facebook’s photos feature is so ubiquitous and commonly used today (Facebook crossed the 100 billion photo uploads mark some time in 2017) that it is hard to imagine that when the feature was first released, it was quite revolutionary. In October 2005, Facebook became the world’s first website to offer photo uploads with unlimited storage space. Now users could upload as many photographs as they liked, as often as they liked. Soon after, in December 2005, Facebook also introduced a feature to tag friends in photos, and there has been no looking back since.

September 2006 marked a turning point in international communication when Facebook went global. The site allowed anyone anywhere in the world over the age of 13 with a valid email ID to sign up, and membership grew exponentially. The global behemoth had arrived.

Recognising the growing number of people accessing the internet through their phones, Facebook launched a new mobile-optimized website at m.facebook.com in January 2007. The launch also allowed users to upload photos and notes to the platform via SMS and MMS messages and a tool to receive new Facebook messages via SMS.

Growing usage led to complaints from users about a “cluttered” look and feel to the platform. Taking these grievances into account, in July 2008, Facebook underwent a complete site redesign, overhauling many aspects of the platform, and introducing user Walls. The new look also introduced ‘tabs’, breaking up content into different sections to make it easier to navigate. Originally introduced as an opt-in option, the new design was rolled out to all users on the platform in September 2008.

Five years after Facebook’s launch, in September 2009, Mark Zuckerberg announced that for the first time, the platform had earned more than it had spent in a quarter, making it “cash-flow positive” for the first time in its history. This coincided roughly with Facebook hitting the 300 million users mark, and was a sure sign the platform was here to stay.

Facebook Likes are so common these days, it’s a little hard to imagine that the Like feature was introduced less than a decade ago. Originally activated in February 2009 as an option for users to “like” posts, Facebook expanded the feature’s functionality to allow users to like other users’ comments in June 2010, heralding the spread of the likes feature across the platform.

Pre-2011, users who wanted to send private messages to each other would use Facebook’s messages option. However, the platform wanted to expand its reach as it started competing with more mainstream methods of communication such as SMS. To this end, in August 2011, Facebook launched Messenger for iOS and Android, a separate app that let users stay in touch with all their friends, whether on Facebook or offline, integrating its online messages offering with offline SMS-like functionality.

After months of speculation and rumours, Facebook finally went public on May 12, 2012, in an IPO with a share price of $38 apiece. This valued the company at a cool $104 billion, making it the largest valuation in history for a newly listed company.

In April 2012, Facebook acquired Instagram in a massive deal worth $1 billion. Given the exponential rise of hashtag use on Instagram, and Facebook’s desire to compete with Twitter, a huge rival, it was only a matter of time before hashtags came to Facebook. They finally arrived in June 2013, with support first being rolled out for the web platform, and later for the mobile website and the apps.

Mark Zuckerberg is well-known for being constantly forward-thinking, and searching for “the next big thing”. When Virtual Reality (VR) began making waves in 2011-2012, particularly with announcements from leading developer Oculus, there were quite a few people wondering when Mark was going to get in on the act. They didn’t have to wait long, as Facebook announced in March 2014 that it was acquiring Oculus VR in a deal reported to be worth $2 billion in cash and stock. This was soon after Facebook announced its largest-ever acquisition to date – a $19 billion deal for messaging behemoth WhatsApp.

Despite the rise of competitors and many new entrants in the social media scene, Facebook’s user base has seen steady growth over the years. The company marked its billionth user in October 2012, and on August 27, 2015, it marked a new high – 1 billion users accessed the platform in a single day. This was huge numbers even by Facebook standards, and one could only speculate where this growth would lead in the future.

Facebook has long been tempted to grow into new forms of content, especially video. In a market where the leader, YouTube, has a virtually unchallengeable monopoly, Facebook has often made attempts to make a mark of its own. Along these lines, it introduced Facebook live in August 2015 for celebrity accounts that allowed users to livestream themselves on the platform. The reactions were excellent, and between January and March 2016, Facebook rolled out the Live feature to all its global users across various platforms, eventually beginning to push Live content more than saved video streams.

The launch of Pokemon Go in 2016 and the ensuing mania took the tech industry by surprise. Clearly, there was a lot of scope in AR applications, and manufacturers and platforms jumped on the bandwagon. Facebook too threw its hat into the ring in April 2017, with the launch of Facebook AR Studios. The platform allowed third-party developers to use Facebook’s suite of tools for creating AR effects for use on its applications like Messenger. The platform opened up the suite to the general public in December 2017.

As Facebook completes 14 years today, it is hard to guess exactly where the platform will head in the future. In his New Year Resolution for 2018, Mark Zuckerberg said that his focus this year would be on fixing issues with the platform and improving user experiences. Will this translate into a new look and feel for the world’s social media Goliath? Only time will tell.

What are your favourite moments from Facebook’s evolution over the years? Let us know in the comments!