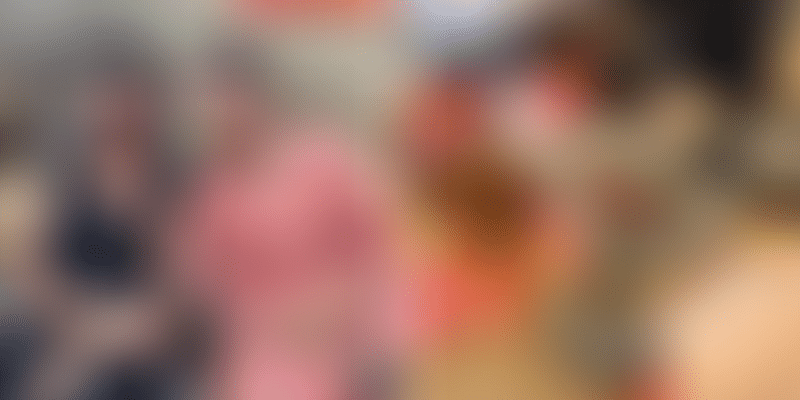 The idea behind The Village Fair was simple: to provide people with more healthy cookware options and economic self-reliance for a group of women who season the pots and pans.

Much before Teflon-coated pans and woks were the norm, our grandparents cooked food in earthen pots and cast iron pans. They lasted for ages, food was delicious, and one didn’t have to worry about toxins like Teflon getting into our bodies. Whatever happened to those days?

That’s what Kochi-based Radhika Menon, and Priya Deepak wondered, and decided that it was time to bring back old traditions and old cookware. And that led to the inception of The Village Fair Natural Cookware.

The Village Fair was born out of a Facebook post, which described a new invention - a small fish made of cast iron, which if dropped in the regular cooking pot, could take care of the paucity of iron in our diet. The post, which gathered enough traction, led to many asking and wondering how for generations, our ancestors cooked food in cast iron pots.

“Why drop something in when a traditional cast iron vessel would do the trick and do it much better? And so I posted a picture of my cast iron kadai(wok) on Facebook. That and started a stream of inquiries; everyone wanted to know where you could get it!” Radhika says.

Radhika was surprised to know that most people didn’t know where to get cast iron cookware from or how to season and use them. Radhika wondered why not help by selling seasoned, cured cast iron vessels since she felt that people were missing out on healthy cooking options.

The Village Fair has been strategically thinking about the best way to bring back, if not all, but the most important elements of that lifestyle, starting with how we cook and eat. The idea has now become a disruptor in the cookware market, and provides arange of natural cookware carefully sourced and cured/ seasoned at home by women’s self-help groups.

“With the advent of Teflon which was well meaning (to reduce oil in cooking etc), we now know that chemicals are bad for health. People across the world do want to get rid of Teflon, but in most places, including India, we have very few worthwhile alternatives,” Priya says.

Radhika decided to name the initiative after a Tuesday market fair in her village, Grama Chanda. The fair was the market where most of the pots and pans were bought; the name The Village Fair followed. The Facebook post was followed by a Faceboook page in May 2015.

The first few orders were from Bengaluru, and the duo drove all the way to the city to deliver them.

“After meeting the customers, Priya became a convert because she was skeptical about the need for the products,” Radhika says.

The first batch of cookware generated a turnover of nearly Rs 25 lakh. And there was no turning back.

The Village Fair products are picked carefully from artisans or from the best manufacturing units across Kerala and Tamil Nadu. Along with providing safer and healthier alternatives to people, The Village Fair also believes in bringing in the human element of inclusiveness of groups who will work together in seasoning/curing them. The workforce comprises of team of five in operations and 18 self-help women seasoning group.

The products, priced between Rs 600 and Rs 6,000, excluding shipping charges, include cookware and vessels made out of cast iron and clay. Stoneware products are expected to be launched soon.

“Across the world we all talk about ‘the good old days’ when things were healthier and better. With humans speeding up the clock and finding easier methods to save time, we lost the most important element that two generations before us paid a lot of attention to: a healthy lifestyle,” Priyasays.

The Village Fair has developed a robust supply chain process and a go-to market strategy. They began by testing the waters through Facebook and later launching their website and e-shop. For those who want to touch and feel products, The Village fair has partnered with stores in metros that promote organic and healthy living. The team is in plans to replicate this model across the world in a phased manner.

The Village Fair has a turnover of nearly Rs 40 lakhs per annum, with nearly 50 pieces a day being shipped out to clients at home and abroad. A self-funded initiative, it is running with a margin of 40 to 50 percent on everything it sells. Five percent of every sale goes to Mehac Foundation for medicines for the mentally ill under their care across their outreach clinics.