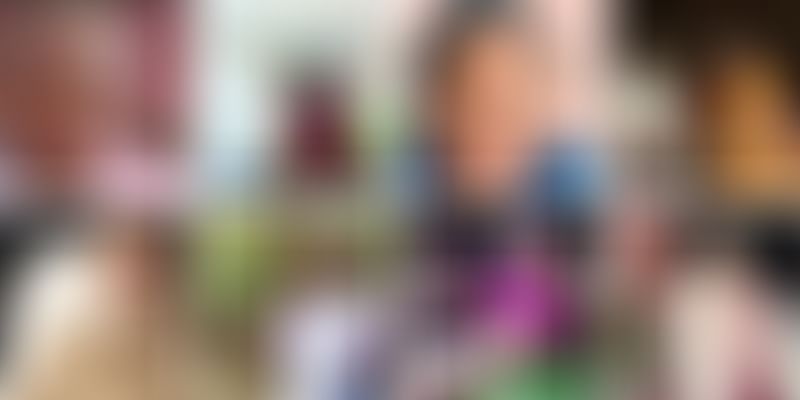 From folk singers to novelists, from the oldest yoga instructor to a 23-year-old weightlifter, this year’s Padma Awards had only 14 women among the 85 awardees.

The government, this year, announced the names of 85 personalities for the Padma Awards 2018. Among the winners are cricketer Mahendra Singh Dhoni, and film composer and musician Ilaiyaraaja. However, out of the list of 85, there were only 14 women who were honoured with the award.

Here’s a look at the achievements of these women who made it to the Padma Awards Winners' list:

A folk singer from Bihar, Sharda Sinha is synonymic to Chhath Puja songs, especially for ‘Pahele pahil hum kayeni Chhath’. Sharda is trained in Indian classical music and sings mostly in Maithili, Bhojpuri, and Magahi languages. She has been felicitated with the second-highest civilian honour, Padma Bhushan. This folk artist has brought the neglected part of Bihari culture in the spotlight with the dignity of classical expression.

Dr Rani Bang and her husband Dr Abhay Bang are known as the pioneers of healthcare in rural India. Their work field has been the tribal region of Gadchiroli district of Maharashtra. The couple has been honoured with the Padma Shri for their work towards curbing infant mortality rate in the region. The duo founded 'Society For Education, Action and Research in Community Health' (SEARCH) – a non-profit organisation involved in rural health service and research by fostering community-based health care.

Last year in November, Saikhom Mira Chanu made news after winning gold at the World Weightlifting Championship held at Anaheim, US. This 23-year-old weightlifter, who hails from Manipur, competes in the 48-kg category.

In the deep jungle of Ponmudi — 55 km away from Thiruvananthapuram, Kerala — 75-year-old Lakshmi Kutty has been treating people with traditional herbal medicines. Belonging to the Kanni tribe, Lakshmi knows about more than 500 herbal medicines, and with them, she has cured thousands of people from nearby villagers who got bitten by snakes or insects.

In 1940, 20-year-old Narasamma took over the role of a midwife and delivered her aunt's child. For 70 years, she has been serving in the backward areas of Tumkur district in Karnataka. Now 97 years old, Narasamma has been following the traditional ways of delivering a baby. She has been awarded the Padma Shri for her service in areas without any medical facility.

This 84-year-old Naga woman is a Gandhian and has been serving at the Gandhi ashram in Mokokchung, Nagaland, for several decades. In the 1950s, Lentina was the first Naga woman who was trained as Gandhian woman volunteer at Kasturba Ashram located in Ulubari near Guwahati, Assam. Lentina is married to freedom fighter, social worker and Gandhian, Natwar Thakkar.

Karnataka social activist, Sitavva Joddati has championed the cause of devadasis. At the age of seven, Sitavva herself became a devadasi due to financial constraints in her family. After the Karnataka government banned the devadasi system, Sitavva has been advocating for the rehabilitation of devadasis. She is now the CEO of Mahila Abhivruddi Mattu Samrakshana Samsthe (MASS), an organisation based in the Belagavi which mainly works with Dalit women with a focus on former devadasi women and their children.

Nouf Marawaai is the first yoga instructor from Saudi Arabia. She has worked on legalising yoga in her country and is also the founder of Arab Yoga Foundation.

At the age 98, V Nanammal still practises yoga every day. Besides, she is the oldest yoga instructor in the country. She has taught more than 10 lakh students, out of whom 10,000 are now yoga instructors. She still trains at Ozone Yoga Centre in Coimbatore and trains 100 students a day.

Langpoklakpam Subadani Devi is a traditional weaver from Manipur. She has been awarded the Padma Shri for her contribution to the art of weaving, and for promoting and preserving handlooms in the traditional way.

Joyshree Goswami Mahanta has been honoured with the Padma Award for literature and education. She has authored several fiction and non-fiction books which include Assam Andolan, The Poet Immortal, Chanakya, Mahakala to name a few. Joyshree is also a former Rajya Sabha member and wife of ex-Chief Minister of Assam, Prafulla Kumar Mahanta.

Padma Shri awardee Subhashini Mistry built a hospital for poor in Kolkata. This 75-year-old woman once worked as a maid and sold vegetables in the streets, after her husband passed away. Singlehandedly, she took care of her four children, and in 1993, built Humanity Hospital in the city with the help of a doctor who did not want money.

Nationally-acclaimed Hindi writer and novelist from Madhya Pradesh, Malti Joshi has authored two novels and 35 stories. This Padma awardee has also been honoured by the governments of Madhya Pradesh and Maharashtra.