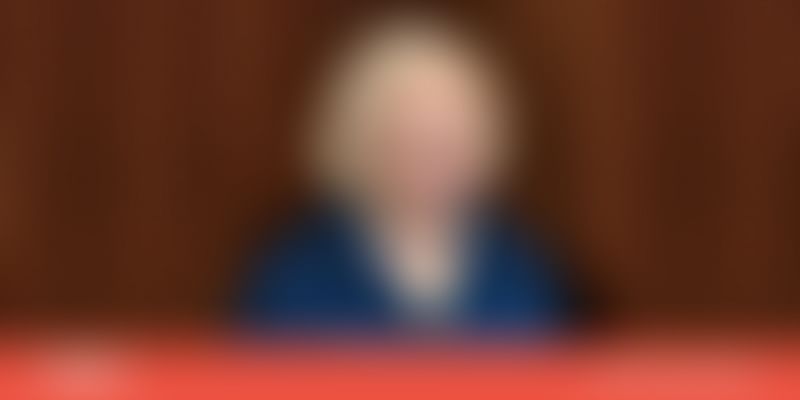 Melanne Verveer is the executive director of Georgetown Institute for Women, Peace and Security at the Georgetown University, and has served as the first US Ambassador-at-Large for Global Women's Issues in the Barack Obama administration. She was also Chief of Staff to First Lady Hillary Clinton.

She is the Chair and Co-CEO of Vital Voices, which she co-founded with Hillary Clinton in 2001, and has served as Assistant to President Bill Clinton, and Chief of Staff to First Lady Hillary Clinton.

In conversation with YourStory, Melanne talks about women’s participation, sexual harassment, #MeToo Campaign, and women’s role in peace and security.

YourStory: You were the first US Ambassador for Global Women’s Issues. What are the top five issues globally that need the immediate intervention?

Women’s political participation is also a great challenge. Being here in India, it is very heartening for me, particularly because of the Panchayat system. I first came to India 27 years ago when the first quarter for Panchayat was adopted. I have come back many times since and from Rajasthan to Chennai, women Panchayat leaders are working, often at great odds and without the support they need. They are addressing key issues like sanitation, education and health. They are the new good story about how critical women’s participation is. In fact, it is a silent revolution in a democracy like India.

However, women’s political participation is nowhere near where it needs to be, and lots more needs to be done.

The other important issue is access to education for the girl child. This works for the family, community, and more importantly, it helps the girl, in terms of nutrition level of her children, family planning, and prospects of a better job. Everything changes because of education, so there should be a continued emphasis on that, and of course, access to good quality and affordable healthcare.

Then, there is violence against women and girls. Violence is manifested in so many different ways, from intimate partner violence, domestic violence, rape, honour killing to dowry. It is neither a cultural issue nor private issue, it should only be viewed as a criminal activity that needs to be punished.

YS: In 2011, you became the Executive Director of Georgetown University’s Institute for Women, Peace and Security. Can you elaborate on your role and the initiatives the institute has undertaken?

MV: One of the thing that I recognised while I was in the government was that for some things to be addressed, we need an evidence-based case to persuade decision makers, who are largely not women today. Women’s participation is critical, and one of the most critical areas is Peace and Security.

For almost 15 years, United Nations Security Council pointed to women’s participation in peace and security and created a mandate for governments around the world to ensure women are at the discussion table on ending violence, ending war, to move forward and to prevent conflict.

The index looks at three dimensions of women’s condition - inclusion, justice and security - giving an inclusive snapshot of what needs to be addressed. We hope it will be a guide for advocates and policymakers to address these critical issues because if we know the condition of women and their wellness, and where the problems lies, then, we will do a better job in terms of ensuring greater peace, security and stability in the world.

MV: Economic empowerment is very important for women It is an investment. If a woman is economically independent, the sense of what she can do gives her a standing in the society or voice in the family. If you cannot put the food on the table, you cannot have the dignity of work.

From an arena that enables you to be a productive member of society, and enables you to have a stand in the society, to have a sense of self-worth. I believe it is an important portal for women’s progress. Women who have economic independence are freed in many ways to be engaged in economy, politics and be the kind of leader that has an impact.

The kind of work that is going on in the private sector to empower women to have the capacity to be entrepreneurs, to participate economically, is immensely important.

YS: Last year in October, with the #MeToo campaign, women raised their voice against sexual harassment. Do you think it is a move in the right direction as more women are speaking up than before, and are their voices being heard?

MV: I think the #Me Too campaign is a watershed moment, where we can finally, once and for all, make progress on the kind of horrific incidents women face. One of the problems with sexual violence is that everybody fears to speak up and it becomes difficult to prosecute the perpetrator.

With the #MeToo campaign, there is a sense of we are all in this, together. It is a manifestation of the behaviour of men that totally is inappropriate. In the US, it had great effect - from media to industry to business to a regular employee, are now saying ‘we too’ are suffering.

I hope it is one of those moments in the progress of humanity where we can say this has begun to push back. This has to end.

I don't think that the campaign itself is enough, as part of the problem is how our relationships are. So, you have men with enormous power, whether they are in Hollywood, business, or government who use their power for self-gratification when it comes women, and that has got to stop. This will not happen until we have women in all these sectors where we need to have respect for relationships rather than we preying on others.

YS: You have been the Chief staff to Hillary Clinton. How has the role of the first lady changed since she came into the office? How was it working with Hillary Clinton?

MV: Hillary Clinton was the first professional woman who went into the position of First Lady, an interesting position that only comes to the virtue of marriage to the President. It is not something you have achieved on your own and doesn't come with a job description or a salary.

It is a unique kind of evolution, and these women have come to be recognised as those who are in a position to make a difference. You can see a difference from where it was a minimal job, to what Hillary made of it by involving insignificant endeavours on behalf of the US. Her advocacy for women and girls is well-known.

Her successors, are professional themselves - Laura Bush was an educator and Michelle Obama, a lawyer. They both created spaces in which they were comfortable and made a difference. For Laura Bush, she worked with women in Afghanistan and Myanmar, while Michelle Obama had her contribution is uplifting minority girls and children.

YS: Why is it so that countries like India and Sri Lanka which are developing, have had a woman prime minister, but the US still has not seen a woman president?

MV: In the US, we don't have a parliamentary system. As, in a parliamentary system, your colleagues get to know you, they can move you to the Prime Minister-ship. Therefore, it is a completely different and difficult system in terms of finances. However, Hillary Clinton did come very close. She won the majority votes of her party. I don't think the ceiling has been completely cracked, but it is not hanging by very much. I hope that day will come in my lifetime.