Not just to Virat Kohli and Rohit Sharma, Big Boy Toyz is making luxury cars more accessible for all 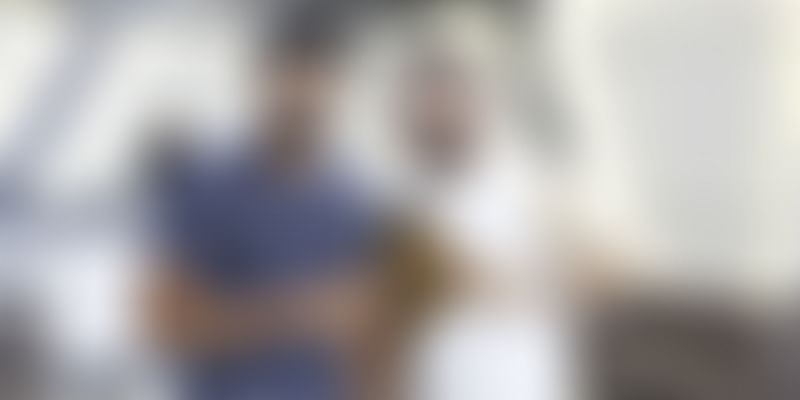 Pre-owned cars have a 'poor' perception in India, and Big Boy Toyz is looking to change that, showing pretty much anyone can own a Bentley, Cadillac, Ferrari, or even step into James Bond's shoes and pedal an Aston Martin.

Problem it solves: Making luxury cars accessible to more sections of the society

Childhood passions often include collecting stamps and making origami cranes, but Jatin Ahuja was no ordinary child. With a passion for cars, he took an idea close to his heart since when he was in sixth grade and at 17, converted it into a business venture.

Jatin calls his company 'Big Boy Toyz' – a name he had decided upon when he was 12 – and refurbishes and resells pre-owned high-end luxury cars. His big break came with a Mercedes S class, which he bought at age 17, refurbished and sold for a handsome profit.

Born to a chartered accountant father, Jatin studied mechanical engineering and has an MBA from Delhi University. He honed his skills at refurbishing cars even as he sharpened his business acumen. With an initial borrowing of Rs 70,000 from his father, he started a small studio in Delhi in 2009, which has now grown into a one-stop destination for pre-owned luxury cars, with a team strength of 150. Joking about it, he says,

"My wife often says I am a mechanic, after all."

Back in the day when dealers of premium cars were hesitant to venture into the Indian market, Jatin took a leap of faith, turning it into a business that has thrived over the years.

He started with research and the groundwork on the prospects of the auto industry, which fetched him the contacts he needed. Since 2009, Big Boy Toyz has catered to over 12,000 customers distributed across major cities across India. Lately, Hyderabad and Bengaluru have emerged as high-volume markets, where customers are repeatedly buying cars.

The now 32-year-old takes pride in not making a single cold call to attract a customer. “I don’t follow a push strategy, I always have a pull strategy. We advertise on large scale and people approach us to buy cars,” Jatin says.

While on the context of valuing customer satisfaction, Jatin said any Big Boy Toyz car goes through a rigorous 151-point check list before being put for sale. Also, a car that has run more than 20,000 kilometres, and is manufactured before 2015 is not shortlisted. Also, to be a part of the company’ inventory, a car must be accident-free and without any litigation.

Jatin hand-picks mechanics for his company, and ensures they come with years of experience when it comes to repairing luxury cars, considering the company only deals with high-end cars. Big Boy Toyz has 20 senior mechanics, and is looking to employ another 30 junior mechanics.

Jatin verifies each car’s insurance history, service history, RTO records, and profile of the customer before purchasing a car from a client. Owing to these standard checks, word-of-mouth publicity has become a thing for Big Boy Toyz.

When he started off, Jatin imported a few cars from Japan, the UK, the US and Dubai. However, these came with hefty import duty costs, along with taxes for registration, RTO and insurance. This took up the cost of each car, even as Jatin kept only a small margin to allow him to make a small profit.

"In 2007, I floated Magus Cars Ltd, a company that was into importing premium luxury cars in India. After a point, I was importing more cars than the parent companies themselves. Big Boy Toyz has been growing at a rate of 30-40 percent year-on-year, for the last five years with a turnover of around Rs 250 crore in 2017."

Demand in luxury cars and competition

Big Boy Toyz claims to be the largest pre-owned car dealer in India, and has received recognition as being among the most promising car dealers in Asia by CMO Asia, Singapore.

With over 180 cars of all brands under one roof, and a showroom size of 36,000 square feet, every customer that Big Boy Toyz has made over the last 15 years is still a customer.

Talking about the demand in specific models, BMW cars have been all time highest sellers, but cars like Lamborghini Gallardo, Aventador, Bentley GT/GTC, Range Rovers are also in great demand, Jatin says.

"I drive a Range Rover Autobiography Supercharged. I admire the Rolls Royce Phantom and I plan to have one in my garage very soon," he says.

India has close to 2.5 lakh millionaires, and premium cars have “come to become a utility, and not a luxury anymore”, he says. This industry was unorganised when Jatin entered the market, and so he faced challenges coming from the uncertain taxes and regulations, governing the industry. In terms of competition, Jatin says majority of it comes from pre-owned car divisions of authorised dealers. Jatin says,

"We believe that competition makes you stronger and increases the size of the cake. Negative perception of the used-car industry has been a major challenge which BBT has successfully managed to overcome."

Original dealers of Audi (Audi Approved) and BMW have their own pre-owned car showrooms, which compete with Big Boy Toyz, while an undeterred Jatin hopes to make his mark through sheer hard work and delivering impeccable quality.

With the pricing range between Rs 50 lakh and Rs 3.5 crore, Big Boy Toyz counts people like Virat Kohli, Yuvraj Singh, Dinesh Kartik and many industry captains and stalwarts among its clients.

Big Boy Toyz, currently is a fixed-price-shop and is confined to the Indian market. "Currently, we control 3 percent of the market, and we aim to capture 30 percent of market share in the future," Jatin says. He aims to expand the brand in the next two years with a revenue target of Rs 1,000 crore.

"In India, the exotic luxury car segment, especially pre-owned luxury cars, is the fastest growing market and we are looking for proactive tractions from new age audience."