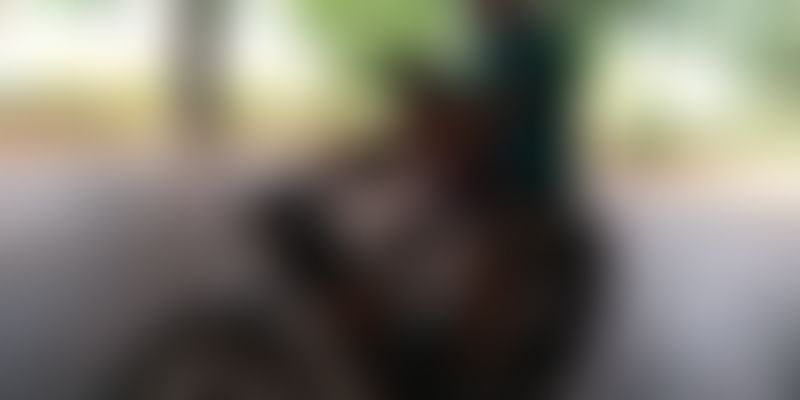 When Pardeep Goyal quit his job as a tech lead at an IT firm in 2013, it was the beginning of a journey that would lead to the fulfilment of a lifelong passion. He had also had enough of the corporate rat race. After two failed attempts at running startups, in 2015, Pardeep began advising people with their finances via his personal blog CashOverflow. He then decided that the time was right to devote his full attention to it and make it a career.

Trading in the steady paycheck for happiness

“Like many people in IT, I was not happy with my job. I remember how hard I would try to escape the boring meetings,” he says He remembers being handed a laptop by his manager so that he could work from home, but he still had to attend online meetings at odd times. Pardeep admits enjoying the initial years, when he would write software programme. Down the line, however, Excel files and meetings took the fun out of it. “They sucked the blood out of my life,” he says. He was earning decent money, but found that he was sacrificing having a life - no vacations, no family functions, and no time for friends.

“I looked at the lifestyles of my superiors and realised that their life was the same. My seniors were earning more salary than me, yet no one was happy or rich,” he says. Sure that something was wrong with this equation, he looked into his future and knew a change was in order. He had to break the cycle.

“It was a tough decision, but I did not worry about money and failure,” says Pardeep, confident that he was making the right decision to live life on his terms, with more quality time spent on vacations, and with family and friends. His wife Neha and his mentor, Sameer, founder of The Morpheus, were very supportive. “It feels good and really helps when people close to you believe in your idea of living and running a business of your own,” points out Pardeep.

When being a "finance geek" is your true calling

Pardeep says he was always ready to talk finance with the people he met – from financial news, financial products, credit cards, money saving hacks, investment related philosophies, income tax laws, and so on. He has been a very active participant on credit card fora for years now, enjoying discussions, learning, and the trading of information. “I belong to that 0.01% people who will read all the terms and conditions before buying any financial products, be it a demat account, insurance policies, or other investment - just because I enjoy learning financial stuff,” he admits.

With no MBA or finance degree, Pardeep was still the go-to guy when family, friends, coworkers and acquaintances’ go-to guy sought sound financial advice. And he always gave them the best advice he could. However, it took him a while to realise how good he was at it, and turn it into his career and life. But thanks to his avid interest, extensive knowledge, and people’s trust in his advice, he started CashOverflow in 2015, where he shares his real-life experiences of saving money on travel, shopping and taxes legally. The goal, he says, was to help people generate passive income and achieve financial freedom.

For the first year, CashOverflow was a side gig, and Pardeep continued working at his full-time job as the Head of Content Marketing for a child healthcare startup. In September 2016, he quit his startup job and decided to take the plunge to working full time on CashOverflow, trading in his startup entrepreneur status for a new title.

Last year, CashOverflow won the IndiBlogger award for best blog in personal finance, an impressive recognition for a newbie on the scene. “More than the award, I feel the satisfaction of the impact that CashOverflow has had on the lives of thousands of people,” beams a justifiably proud Pardeep, adding that CashOverflow might be the fastest to go from 0 to 200,000 monthly traffic in less than 2 years in its niche. CashOverflow also became profitable in 2017 – in just its second year of existence, bringing it to the attention of international influencers and media platforms.

From being a one man operation, today CashOverflow has grown to include a small team that is geographically spread out. “They are my sounding board and we keep each other motivated to do good work,” says Pardeep. “My work is my meditation (Karma Yoga) and creating value for my customers is my Dharma,” adds Pardeep.

Financial and life advice - from an expert

Pardeep has re-defined financial terms and goals for himself and says it’s something everyone can and should implement in their lives. First and foremost, build a passive source of income – “if you are not making money while sleeping, then you will keep working till you die.” He next takes on buying, advocating that people spend money on buying the experiences not the gadgets, because “at the end what you will remember is the beautiful time spent with your family and friends.” When it comes to tracking one’s finances, Pardeep advices tracking income rather than spending, as people optimise whatever they measure and track. Pardeep firmly believes that people should invest in themselves to achieve their long-terms goals. “Learn the skills that will keep you ahead in coming years, even if that means less income in the short run.”

And when it comes to that big question – of retirement, Pardeep’s stance is clear: “Don’t wish for retirement in your old age. Live life now and enjoy mini-retirements every year.” Pardeep doesn’t believe in working like a machine endlessly throughout the year, taking what he calls “mini-retirements” in the form of vacations twice a year. “I enjoy my work and vacations together and we call it workation. I work just to maintain my online business and the rest of the time I relax and visit the local places.” Pardeep stayed in Goa for 30 days with his family, for a budget that normally people spend on a 3-4 day vacation. He also spent two months in Thailand enjoying the sights and scenes like a local, without breaking the bank. “I call it freedom when I can travel the world while earning passive income from my online business,” says Pardeep, and his life sure epitomises what #PassionToPaycheck is all about!