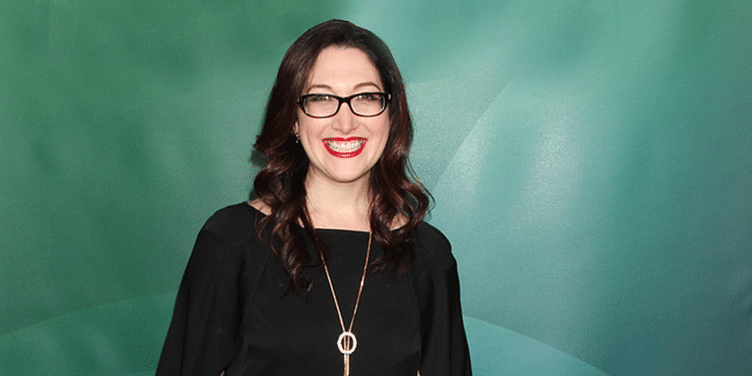 In 2005, Randi Zuckerberg’s younger brother asked her to quit her much-loved advertising career to join a then-fledgeling Silicon Valley startup. Little would have Randi known then that what her brother Mark Zuckerberg offered was a once-in-a-lifetime opportunity. In less than a decade, Randi became a media-tech entrepreneur, role model, and activist for gender diversity in the technology industry. But for her, this was not a matter of mere chance. She noticed the challenges that she and others like her faced – the challenge of being a “woman in tech” – and then, she decided to do something about it.

Over the years, Randi has spoken passionately about this topic. We dived in deep into her keynotes and interviews to find the lessons from her story on how the technology industry can get more inclusive and what women themselves can do to enable it. Here are some of them:

Speak up if you want your voice heard

It could not have been easy for Randi to speak about the problems with the dude-bro culture of Silicon Valley because at the forefront of this culture was her own brother, Mark Zuckerberg. But she recognised her individual opinion and agency and spoke unabashedly about exactly what she thought of this culture and how much it needed to change and become more open to women and other minorities. Speaking up is the first step towards a more inclusive industry and Randi has done it relentlessly. In such interview, she said,

"I loved working at Facebook – to be in the centre of innovation like that – but at the same time, I also felt really conflicted about Silicon Valley. I can’t tell you how many times I was the only woman in the room for 10 years. I thought ‘Where are the women? Where are the people of colour? Is it only white men who get to make all the decisions?’”

“I think these companies fall victim to group-think. Everyone on the board is of a similar ethnicity and background, and I think bringing in some diversity in terms of gender and ethnicity would be a very positive thing.”

“I joined Facebook in 2005. It was still very much kind of a ‘brogrammer’ culture, if you will; very, very few women, especially in senior positions. And it was definitely a bit of a fight, especially as a nontechnical employee, to be heard at the same level in Silicon Valley.”

Collective effort is needed to uproot the stereotypes

Like every other successful woman in tech and business, Randi also believes that for gender diversity to become a norm, women need to proactively include and support other women in their field. She doesn’t just say it, she is doing everything she can to make this norm more widespread.

“Being the only woman in the room for so many years in Silicon Valley opened my eyes to issues around diversity, gender equality, and the value of bringing different viewpoints to the table. Now in my own business, being a champion for gender and ethnic diversity is hugely important to me and impacts everything from how I hire to who we partner with.”

“You can change the career and life path of another person by taking a small amount of time from your day, so encourage others to come to you with any challenges they are facing. There are so many ‘nos’ already built into the business world, especially for women. If you are a woman, help foster the talents of other women so that eventually those barriers will be so broken they no longer exist.”

Seek mentorship – wherever you can find it

Navigating male-dominated industries and workplaces does not come naturally to all women, especially when they are made aware of their gender and gender roles often. Randi believes that the strongest antidote to this is seeking mentorship and guidance from women who have done it all. Speaking of being a star mentee, she says,

“Communication is key. Ask more questions, give more answers, and always listen to both. Most people are honoured by the request to be a mentor, so don’t be afraid to aim high and ask the person you admire most if they can help you with a bit of advice. But before you go out and snag that dream mentor, don’t just think about what they can do for you. Make sure that you are helping them in return.”

That being said, Randi also believes that given that there are already very few female role models in the technology industry, mentorship, and guidance may not always come from them. Speaking highly of peer mentorship, she says,

“Rather than look for that one mentor who unfortunately won’t have the time for you because she’s probably too busy watching her own back as a woman in tech, find a peer group where you can all share experiences, get advice from one another, and rise together. It took me a while to realise that the very best mentors are your peers who are right there next to you.”

“I spent so much of my career searching for that one mentor that was going to guide me. I’ve only realised in the last year or two it’s kind of a waste of time to look for that mentor. The best mentors are your peers. They’re going through the same things, they have the time for you, and you’re all going to rise professionally together.”

Education is the cornerstone

Much like Ursula Burns and other successful women in tech, Randi believes in the power of education to bridge the gender gap. She is a very vocal advocate of including more young girls in STEM education.

“There are no women or minorities or diversity at the table. Somewhere along the way, we went horribly wrong. This is a multi-prong problem that will require big upheaval in our education system, and we’ll need to start introducing these STEM or STEAM fields earlier and make them more accessible. It takes an effort to round out your ranks with women and people of colour, but it’s worth the effort and has a huge impact on the bottom line.”

However, beyond a degree, Randi also believes that to survive in the technology industry, continuous learning is crucial. She says,

“Make sure you never get too comfortable or complacent – because in tech the landscape is changing every two to five years and the skills you have now are not necessarily going to be useful in five years. Make sure you’re always learning, keeping up on your skills, and just because you’re graduating with a computer science degree, don’t think those skills are going to last you 50 years in the workforce.”

“Stay hungry to learn more. Take advantage of the continuing education and training programmes that are out there.”

Wear your achievements on your shoulder

It is hardly news that women don’t like to tout their achievements in the workplace. They are known to go through their careers often relegating their skills and achievements to luck, chance, and coincidence. Randi believes that for more women to occupy corner offices or get funding as entrepreneurs, they need to start speaking about their achievements. Because if they don’t, they will most likely go unnoticed. She says,

“Ladies, we need to get better at promoting ourselves and screaming about our successes.”

Start them young, and get creative with it!

The lack of role models for young girls to get interested in the STEM fields is a serious challenge. Pop culture – think shows like The Big Bang Theory and Silicon Valley – has characterised the technology industry as being a place for predominantly white men. Randi believes that deep changes in Silicon Valley and in the general mind-sets of both men and women in the industry can come from pop culture. Similarly, pop culture has a role to play in giving young girls STEM role models to look up to.

Randi is trying to achieve just that, with TV show Dot. and even her restaurant, Sue’s Test Kitchen. Speaking of the need for pop culture to become more inclusive, she says,

“For girls, I think it’s from the lack of role models – where’s the female Dexter’s Laboratory or Jill Nal the Science Gal? Girls need to see someone that looks like them to want to be like them. It’s also very important that both parents and teachers have the proper learning to teach STEM skills, to begin with.”

Think about the business impact

“It’s interesting because when you look at a company like Pinterest, Pinterest didn’t grow out of super-tech users in Silicon Valley. It didn’t grow because the traditional investors were throwing money at it. It grew because it hit a nerve with women in the middle of the country. I think in a situation where you have more female investors, female engineers, women in more powerful positions in Silicon Valley, they’re poised to better identify opportunities like that first, and help expand them more quickly. I do think we’ve seen a lot of progress in the past few years on seeing more women step into leadership in entrepreneurial roles. And you’re starting to see the traditional male VC firms taking a look at companies that are more traditionally targeted to women.”

Bring the media to test when they falter

It is 2018, and mass media organisations still believe in gender roles. They are responsible for shaping the narrative around women in tech and normalising gender diversity in the industry. But according to Randi, they have not been doing a very good job of it.

“The media really dumbs down tech when speaking to women. I refuse to talk down to women about tech.”

“A lot of content pieces that talk about tech are either very in-the-weeds or super dumbed-down. It’s time we grow up.”

Over the years, Randi’s interviews and keynotes have been full of lessons not only for women in tech but everyone who can make a difference to gender and ethnic diversity in Silicon Valley. For those who think she’s just a lone voice in a sea of fleeting discourses, think again. It is women like Randi who have upheld the conversation and light on women’s participation in tech and roped in more women to join their ranks. All of this makes her a role model for young girls and aspiring women to look up to.