“Safe bet” to the poster boy of Microsoft: the rise of Satya Nadella 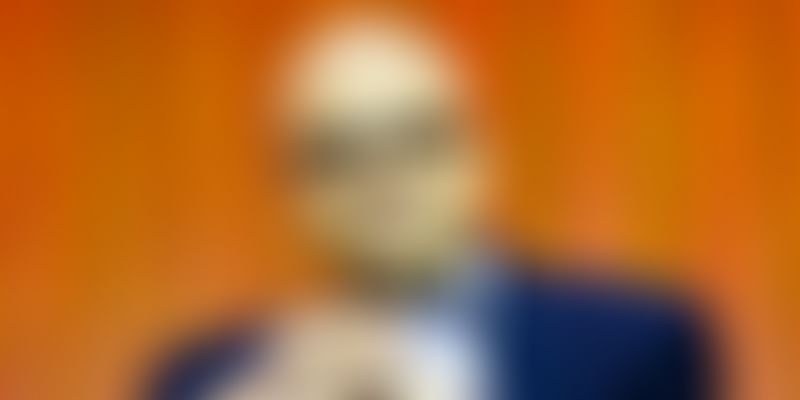 When Steve Ballmer looked to step down as the CEO of Microsoft, both he and Founder Bill Gates laboured for five months to ensure they have the “right pick” who would turn around the fortunes of the software behemoth. When they started the search in 2013, Microsoft had lost most of its sheen, and tech rivals like Apple, Facebook, and Google were just blazing the trail. With the company’s future in the balance, the significance of appointing the right leader was clear. So when news broke in February 2014 that Bill and Steve had decided to go with Hyderabad-born Satya Nadella, many questions and eyebrows were raised.

But in less than two years of Nadella’s takeover, Microsoft stocks grew by 60 percent and humble pies were in order for every naysayer and detractor. The stock rise wasn’t a fluke or an anomaly. The company’s market capitalisation has gradually grown in the years that followed, and it currently stands at over $715 billion (at the time of writing this).

All of this was achieved by someone who was virtually unknown outside the realms of Microsoft. For someone who was sniggered at as the “soft pick and safe bet”, Nadella took the challenge by the horns and not just returned Microsoft its lost sheen, but got it enthroned as the competition to beat.

So what is the secret sauce behind Nadella’s leadership at Microsoft? While the man himself has at various times said its empathy as well as the will to “renew”, there is no magic bullet. Rather, it is a combination of various qualities and leadership styles that Nadella follows that have contributed to his continued success. We take a look at some of the key factors.

No pain, no gain

The figures might lead you to believe that Nadella simply waved a magic wand after becoming CEO to put Microsoft on the path to steady growth. However, the reality involves a lot more toil, effort, and steady determination. Not only is Nadella building upon the already rock-solid foundation developed by Bill Gates and Steve Ballmer, he has also put in painstaking hard work into ensuring that the company stayed abreast of the latest developments as well as the competition. Whether this involved completely shifting Microsoft’s focus away from hardware or reinvesting time and effort in making Bing relevant again, Nadella is a firm believer in the fact that if you work hard, the results are worth the toil.

In the path of entrepreneurship, there are no quick fixes, and definitely no easy gains. If you truly want to reach the peaks of success, you have to be prepared for the long haul – and all the bumps and bruises along the way. There are bound to be moments when the going seems too tough, but keep at it, and the final results will surely justify the journey. As the man himself says,

“Learning to fly is not pretty, but flying is.”

“Passion, toil, and training can help you to soar.”

“We need to be willing to lean into uncertainty, to take risks, and to move quickly when we make mistakes, recognizing failure happens along the way to mastery.”

Well-known for being super-aware of Microsoft and its culture, Nadella is a 22-year veteran of the company before becoming its CEO. In addition, Nadella considers empathy to be one of the greatest virtues to succeed. In Nadella’s world, understanding the lives of your consumers is a great way to create products/services that solve their problems and make them brand-loyal.

At the heights of success, top management is all too often disconnected from ground reality. Cocooned in your own world, it can be easy to get disconnected from the lives of everyday people and their needs and problems. Nadella makes it a point to avoid such a situation by keeping track of his customers’ evolving requirements and creating products designed to resolve their issues. His empathetic approach is worth emulating for any leader/entrepreneur who wants to build a product/service with strong consumer-connect. After all,

“An empathetic leader needs to be out in the world, meeting people where they live and seeing how the technology we create affects their daily activities.”

Clear vision is everything

As his leadership shows, Nadella is unafraid to set a vision that is radically different from his predecessors and then work towards it. This belief has led multiple Microsoft executives and the industry to laud his clarity of vision, and entrust him to effectively lead the company to achieve many more milestones. He has said in the past, “The view you adopt for yourself profoundly affects the way you lead your life.” In true fashion, Nadella has worked hard to achieve his goals for Microsoft’s future and the industry at large, and this vision defines all his undertakings as company CEO.

Having a clear vision of where you want your business to go helps you establish a clear path for yourself and your employees. It also provides a sense of purpose. If you’re unsure about where you want to go in the future, or what you want to do with your company, this uncertainty can translate into inaction and stagnation. Take a leaf from Nadella’s book, and set your sights firmly and clearly on your end-goal.

Don’t be afraid to Hit Refresh

In his 2017 book, Hit Refresh: The Quest to Rediscover Microsoft’s Soul and Imagine a Better Future for Everyone, Nadella pens an inspiring tell-all on how he has administered this path of success. The book talks about his desire to reinvent Microsoft’s image, both internally and externally. He says, “Every person, organisation, and even society reaches a point at which they owe it to themselves to hit refresh—to reenergize, renew, reframe, and rethink their purpose.”

These are words to live by, especially in a time when business leaders and entrepreneurs often fear to give their companies a fresh start, whether it is because they are too comfortable with their existing structure, or because of fear of the unknown, or any other reason. However, if you see that your company is slowly stagnating and unable to keep up with the times, the best solution is to take stock of the situation and hit the refresh button. A new direction, different vision, a revamped approach – any or all of these could be just what your company needs to get its vigour back. Sure, there is risk involved, but it’s better than slowly and inevitably fading into oblivion. In Nadella’s words,

“Sure, in this age of continuous updates and always-on technologies, hitting refresh may sound quaint, but still when it’s done right when people and cultures re-create and refresh, a renaissance can be the result.”

Going forward, Nadella has his sights firmly set on further establishing Microsoft’s dominance in areas like cloud computing, IaaS, and Artificial Intelligence (AI). With AI making all the right noise in the tech world, Nadella pounced on the opportunity, pushing Microsoft to set up a new AI and Research Group in September 2016, employing more than 5,000 computer scientists and software engineers. He says, “The core currency of any business going forward will be the ability to convert their data into AI that drives competitive advantage.”

It’s a safe bet that Satya Nadella will continue to use his trademark leadership style and charisma to navigate Microsoft as it explores these new areas. Entrepreneurs and business leaders would be well-served to emulate his lessons to achieve the same kind of success.