Who says Ola is winning in India? We are still aggressively competing: Dara Khosrowshahi, CEO, Uber 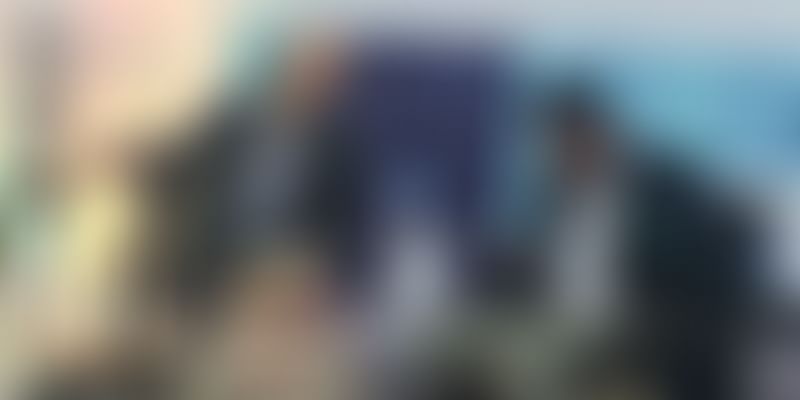 India is an important market for Uber, and CEO Dara Khosrowshahi says the company needs to evolve from being 'just a taxi-hailing business' to 'go deeper and further'.

“The setting here is truly amazing. I have never been in a fireside chat in a place like this,” said Dara Khosrowshahi, CEO, Uber, in a conversation with NITI Aayog CEO Amitabh Kant at the National Gallery of Modern Art (NGMA), Jaipur Road, Delhi. On his maiden visit to India, Dara is already making the right noises and moves.

Chairs lined along a lawn, the setting evening sun in the background, and the symphony of birds - all these make the NGMA a truly unique setting. At a fireside chat organised by the NITI Aayog and US India Partnerships, Dara spoke about everything that he hopes and plans for expansion in India.

India is an important market for Uber . This year, it has already made a push towards uber Auto and has aggressively pushed its online food delivery business - uberEATS. “So far in India, Uber is just a taxi-hailing business; we need to go deeper and further,” Dara said .

But aren't they finding it tough with a competitor like Ola in the market? “Doesn’t Ola have a bigger market share and aren't they beating Uber?” Amitabh asked. To this, Dara gave a confident reply:

“Who says Ola is winning in India? The market is still young and we are giving them a tough fight.”

Yet, there was respect while explaining and talking about the local competition. Understanding that Uber still has to make the waves Ola has, Dara expressed that there was a need to learn much from the competition. Dara said,

“Where Ola is significantly better is that they’re hyperlocal and understand the nuances of the market. My main aim as CEO is to ensure that we understand the local markets as well as they do. However, one thing about Uber is the technology. We are innovating on that front every single day.”

The past year hasn't been easy on Uber. The company has been through several allegations, including sexism, unscrupulous and unethical practices, data leaks, and many others. Dara, who then was the CEO of Expedia, was brought in to turn the company around. Has been able to do so?

“It has just been five months since I have taken over the mantle, and yes, there is a lot that needs to change. But then there are many things that were made perfect, which I do not want to change. The idea is to find a balance. Travis (Kalanick), as the founder and CEO, has built a giant of a business. To build a technology platform and scale it to this level is truly commendable.”

While Dara does respect Ola as a tough competitor, he is in no hurry to quit the market or accept defeat. Uber is looking to open all its different verticals, and grow faster and stronger. “We are aggressively growing in India and other parts of Asia,” he said.

Whether Uber will truly be able to fully conquer the India and Asia markets, where they face significant competition from the local players, only time will tell.