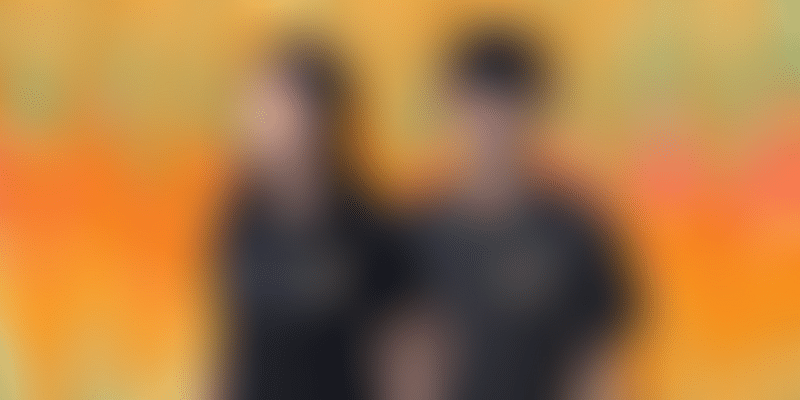 How can data be used to build fast, scalable, and intuitive solutions to complex problems like those in India, and the developing world? Data intelligence startup SocialCops is showing how it can be done.

Where is it based: New Delhi

The problem it solves: Data Intelligence

Prukalpa Sankar, Co-Founder of SocialCops, launches the Business4SDGs monitoring dashboard that will help businesses of Papua New Guinea measure their contribution towards the country's progress towards the UN Sustainable Development Goals.“It’s been four hours since we are waiting for the minister to arrive. The Collector informed us that we must present the dashboards to the minister so that we can get his team involved in the implementation of the village development that our dashboards showcase. At 11:30 pm, the door of the newly-renovated conference room opens. Suddenly, we see a swarm of people flooding in through the door, 10 times the size of what the room can accommodate. One hour later we hear, ‘The minister is leaving.’ The OSD to the minister comes running to tell us that you need to enter now to show the dashboard or “Bhau” will leave.

“Ten minutes later, in a crowded room, I set up my laptop to present the dashboard on a colour-inconsistent projector hoping that red will look red, and green would be green. The minister looks at the dashboard, and the first thing he says, ‘Take me to that village on your dashboard... show me whether there is a school or not.’ And, then, the other village. And, then, ‘how many people are employed?’ ‘How many children go to school? How many are girls? This is very useful.’ ”

For 26-year-old Prukalpa Sankar, uncountable meetings like the above that she has documented with ministers, joint secretaries, and district collectors across India have made her believe that if “data is taken to the right decision-makers at the right time, they will use it.”

She knows best, considering she is the co-founder of SocialCops, a data intelligence startup based in New Delhi. Its platform is used by leaders and organisations not only in India, but around the world, to make decisions faster, smarter, and more data-driven.

Prukalpa, along with her Co-founder Varun Banka, started SocialCops during their last year in Singapore’s Nanyang Technological University in 2013. “The problem we wanted to solve was — use data to confront critical global challenges,” she says.

Working at investment banks, the two realised how real-time data was used every second to shape decisions in the finance world. “But what about other worlds — worlds like healthcare, education, environment, and crime, where data just wasn’t used in the same way?” they wondered.

Thus, they started with a crowdfunding campaign, which helped them connect with influential people to better understand the problem. They honed their idea through numerous student business plan competitions, winning over $25,000 in prize money.

This became SocialCops' seed fund. Upon graduating, the two founders moved to India, and spent an entire year running various pilots to understand why it was so difficult to use data in the developing world.

With most startups marching to the beat of Silicon Valley anthems like, “break things fast,” it is refreshing to see a young startup like the SocialCops set its own pace. “It takes longer, especially when you are trying to solve a problem like the ones in India. Iterations and downloading the next version is not an option considering internet has not reached everywhere yet. We believe solving the problems will take time and we should stick to them,” says Prukalpa, who has been featured in ‘Forbes Asia 30 Under 30’ in 2016.

SocialCops, chosen for the Google Launch Pad this year, has four products built on its platform:

If there was an award for diligence and persistence, it would surely go to its data collection team. For, unlike the online data generated on Google or Facebook, collecting data from government records can be a challenging task.

In most places in India and the developing world, information is still recorded on paper registers! Most of this data never makes it to a digital format, or even if it did, is often stored in unstructured formats and disconnected systems which don’t talk to each other. For example, the district of Nagpur alone has 32 different health data systems. So you get the picture.

However, Prakulpa feels that there's a misconception that India doesn't have enough data. “We learned that governments and other organisations have been collecting a ton of data from citizens across the country on different issues. The problem is not that there's no data; it’s that the data is really hard to access and use. It exists on numerous government websites, which are difficult to locate and navigate. Once you access the data, it’s difficult to use because it is inconsistent and unstructured. One big component of our work has been finding all of these obscure government data sets, cleaning them, and matching them with other data sets to make them reliable and usable,” she notes.

SocialCops has worked with a number of initiatives by the Indian government, and their work with The Ministry of Petroleum and Natural Gas, Government of India, and India's three biggest oil companies, has had a tremendous impact — 50 million women, 13 states, and 10,000 LPG centers.

Some of the other projects that the startup works with include, powering the Swachh Bharat Mission audits conducted by the Quality Council of India; working with the Niti Aayog on building the national tracker for 89 national ministries; tracking and aligning business contribution to Sustainable Development Goals in Papua New Guinea, among others.

Prukalpa says, “Our other key learning is that big problems are always interconnected. For example, imagine you’re trying to solve the problem of low attendance rates at village schools. This is an education problem, so it’s important to look at the school’s infrastructure, how often the teachers show up, how far the school is from the students it serves, and so on. However, low attendance is also related to sanitation, since girls are less able to come to school if there is no toilet for them to use. Low attendance is also linked to employment since kids drop out of school to work if their family needs the income. It’s also linked to health since a child that is perpetually sick cannot attend school. It’s linked to water since poor water can make children sick and prevent them from coming to school. It’s linked to infrastructure since a child is unable to come to school if there’s no bus or road to transport him there.”

The old models of engaging with data cannot capture these contexts — where all indicators are interlinked and a change in one triggers a change in another. She adds that data intelligence is all about restoring this sense of context, without which decisions will always remain incomplete and not fully effective.

The fact that the startup has a strong revenue model indicates that SocialCops has hit the right buttons providing solutions where the real problems are.

“Our revenue model is a mixture of one-time setup (data ingestion, data cleaning, app development, solution deployment) and recurring subscription (data updation, support, and maintenance), including additional services (capacity building, training and field management, data consulting) as the partner or project may require,” she adds. The pricing for these depends on many factors like the scope of the problem, a number of users, what data is being used; data size, frequency and granularity; and complexity of analytics.

We’ve all heard about data being the new oil. But what does it mean really? If you look at what SocialCops is doing, is really converting the sludge oil into fuel. It’s only then that the data makes sense.