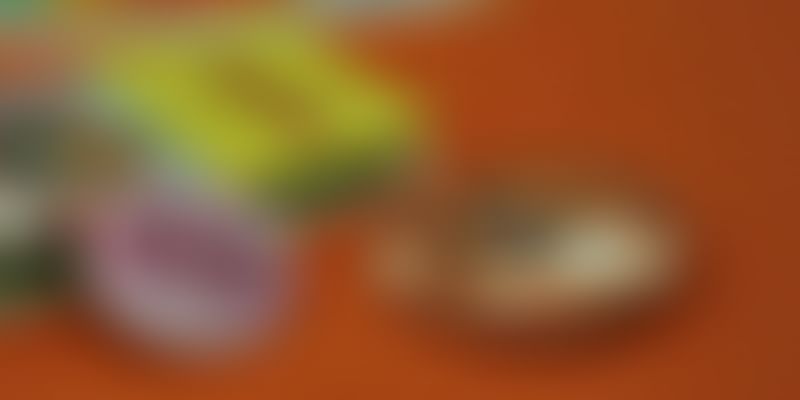 Cancer is the second leading cause of death globally. A WHO statistics report stated that it was responsible for 8.8 million deaths in 2015. Globally, it accounts for every 1 in 6 deaths (approximately).

The World Cancer Day is a global event observed on February 4th that seeks to bring attention to the fight to control this deadly disease. World Cancer Day is part of the World Cancer Campaign, which is in response to the Charter of Paris that was adopted at the World Summit against Cancer for the New Millennium (2000). This day is commemorated to raise awareness among people and talk about the need for implementing a healthy diet, adoption of regular and proper physical activity, and how to reduce consumption and impact of environmental carcinogens.

With a strong and helpful message, the theme for World Cancer Day 2016-2018 is, ‘We can. I can.’ Keeping a positive outlook has been proven to help keep up morale and recovery chances under stress, but when someone asks us to “be positive” or “be optimistic” during a time such as cancer, it can be much easier said than done.

Here are some testimonies of survivors stating how they overcame such grave circumstances. They talk about how life dealt them a severe blow, but they did not crumble. Instead, these men and women donned the cape of strength and put on the armour of resilience and became inspirational examples for the rest of the world:

Fight back – never back down

Those who persist taste victory. Cancer is one of the toughest challenges that anyone could face and it calls for every ounce of doggedness. Like the Oscar-winning Swedish Actress, Ingrid Bergman said, “Time is shortening. But every day that I challenge this cancer and survival is a victory for me.”

Eric Abidal, an ex FC Barcelona player who came out as a warrior, was determined to fight back, recover to peak health, and return to a point where he could once again pull on the famous blue and red stripes of Barcelona. “I always had a fighting spirit,” he says. “I told myself that even though I was ill that I wouldn’t allow myself to get beaten.”

Eric finds his motivation through his family. He says, “I am going to fight for myself, for my wife and children, my parents and all the people who surround me.”

It is not the end of the world. Rather, it is the time to be headstrong and look your problems straight in the eye. Do not be bogged down and depressed as to why you are the one afflicted; instead, muster all the willpower and courage you can and tackle it.

In her book, You Can Heal Your Life, American author Louise L. Hay (who beat cervical cancer) said, “You are the only person who thinks in your mind! You are the power and authority in your world.”

Be crusaders and not just survivors

Actress Manisha Koirala, who bravely battled ovarian cancer, called herself a “cancer crusader” because she found the “survivor” tag meek. She said, “A crusader has the attitude which gives you strength because that is what you need when you are fighting a disease. There is a stigma that cancer means death. No, it is not so. I know a lot of people who got cancer, got treatment and are fine. Let us crusade against any kind of challenges.”

Angelina Jolie happens to be on the same page as Manisha and has talked about facing challenges positively. She wanted to set herself as an example and ask people not to lose hope when faced with the fateful diagnosis. She wrote in The New York Times, “I hope that other women can benefit from my experience. Cancer is still a word that strikes fear into people’s hearts, producing a deep sense of powerlessness. Life comes with many challenges. The ones that should not scare us are the ones we can take on and take control of.”

Happiness is a reality

In the face of battling cancer, you learn to appreciate the great gift of life. It is one of the most important things the disease teaches its survivors – to appreciate every moment and enjoy all the time you can with friends, family, and loved ones.

“It was a long and tough journey but now when I look back, it was a big learning lesson in my life. I learnt, ‘Every day you have to live life’. You hope for the best and be prepared for the worst. I’m a changed person. Earlier everything was about cricket and now, I look forward to life” – Yuvraj Singh, Cricketer, and lung cancer survivor

“It took having cancer for me to realize that happiness is something I have to cultivate in myself.” – Sheryl Crow, Musician, and breast cancer survivor

While battling cancer it is important to keep your outlook bright and use it as a method to feel renewed and fight on. Diminish negativity, and focus on the changes that will help you boost your confidence. While self-belief and trusting in a positive future might not have medicinal properties, it will do amazing things for your general mental state – and as we all have heard, mind over matter.

As Kylie Minogue, a well-known actress, singer, and breast cancer survivor said, “Having had cancer, one important thing to know is that you’re still the same person at the end. You’re stripped down to near zero. But most people come out the other end feeling more like themselves than ever before...I feel more inspired than ever, and think that I will finally achieve what I have long been wishing for: a balance of work and privacy – a harmony.”

“No one wants to be diagnosed with cancer, but for me, it was an awakening. After so many years playing basketball both here and overseas, I had become very self-reliant and I didn’t realize how much I missed the daily contact with my family. My outlook has changed tremendously.” – Edna Campbell, former basketball player, and survivor of breast cancer

After establishing a positive outlook, as any cancer survivor will tell you, hope is one of the most powerful tools in your arsenal. Being positive requires more than just accepting your fate in a good light; hope can power your recovery and give you the courage to power through times when everything seems just a little desperate.

“Hope is available to all us at all points of our time. Whether it is cancer or any other difficulties what we have to understand is life is not a cakewalk. Cancer can be an opportunity to learn something and transform yourself. Humour and support can help one pull through,” said Lisa Ray, actress, and blood cancer survivor.

Prevention is, of course, better than cure. If your family has a history of cancer or if you’re suspicious, a checkup can either set your mind at ease or catch the disease before it flares up into a larger problem. As actor Hugh Jackman said after being treated for skin cancer, “The beauty of this is it’s all preventable. It’s just about getting proper check-ups. I can be a typical man, I couldn’t be bothered, and now I’m not lazy at all.”

If you’re already fighting cancer, know that you’re not alone. Celebrate each day and do not have any resentment against the fact you have cancer or know somebody who is suffering from it. Instead, empower yourself through a movement of community and togetherness. Apart from awareness, one can counter myths and fear about cancer with positivity and a fearless attitude to what has to come. Wear a daffodil today, as a symbol of hope that people share for a future where cancer is no longer a life-threatening disease. Support the cause!