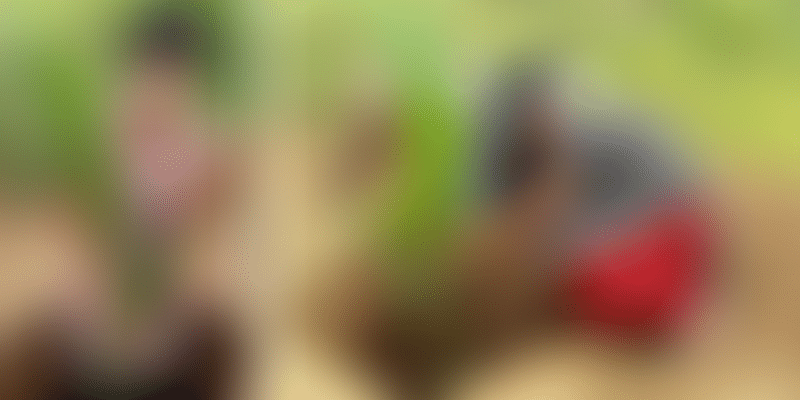 Vanastree is a small collective dedicated to promoting forest garden biodiversity and food security through the conservation of traditional seeds.

This is the story of a collective in the hinterlands of the Western Ghats where ecologically conscious women are taking it upon themselves to conserve nature, preserve biodiversity and also provide sustainable livelihoods to the people around.

Vanastree, or ‘women of the forest’, aims to do this by going back to our roots and preserving, promoting and spreading the use of traditional or heirloom seeds.

The seed revolution that Vanastree leads has also become a vehicle for quiet but effective social change. Social change in the form of providing livelihoods, weaving the lives of women and their families around tending to nature and natural resources.

Heirloom seeds – the way ahead

In the heart of Western Ghats, in and around the town of Sirsi, women of the households are part of a revolution that is aimed at promoting forest garden biodiversity and food security through the conservation of traditional or heirloom seeds.

Vanastree was set up in the year 2001, with the aim to providing a dynamic platform for women gardeners, engaging children and youth in experiential learning programmes, documentation, and supporting a livelihood initiative for the members through the sales of value-added products from their home gardens, fields and forest.

Vanastree maintains a modest seed collection in Sirsi town. Rather than focusing on creating a central seed bank facility, Vanastree believes that the entire region lends itself to being a landscape-level seed storehouse.

“With the right inputs and energies, rural communities can maintain diversity and varietal purity as they have been doing for centuries. We strongly advocate seed sovereignty and having a universal open source seed system,” says Sunita Rao, a barefoot ecologist and founder of Vanastree.

Women farmers play a central and active role in both Vanastree’s initiatives and vision. The base of the collective at any time consists of 100 to 150 members located within a radius of 40 kilometres around Sirsi.

“Vanastree is not gender biased at all! We did begin with a few male members, but by default it’s only women who are part of the collective now since the realm of the forest home garden mostly belongs to them,” says Sunita.

And yes, there is a brilliant network of male gardeners in the Malnad area, and the men too are a valuable resource to the collective and the communities.

Over the years, Vanastree is where the members consistently feel they have an exclusive place for themselves without the presence of men.

Vanastree is a registered trust with four board women members on the board of trustees, apart from the founder. The collective currently staffs three people, two of whom are women, also responsible for their homes and farms 20 kilometres from the office in Sirsi town. Vanastree is supported by the women of the collective, interns, the Friends of Vanastree circle in Sirsi and Bengaluru, and occasional volunteers.

Vanastree also believes in maintaining a synergy between hands-on work and imparting the knowledge gained through their work. This is done in the form of synergy connecting its research, documentation, education and training programmes. The traditional gifting and exchange of seeds remains the root of the collective’s work with other activities being new shoots.

Vanastree has largely managed to be a self-funded initiative and supports itself through designing and carrying out camps and learning modules for school children and youth and through donations. Although there have been occasions when Vanastree has applied for grants to fund specific activities—while maintaining a firm ethical funding policy where potential donors and funders are reviewed for their social and environmental track record.

“Our overheads are kept as low as possible, and we have interns and volunteers who contribute significantly to the ongoing office and field work,” says Sunita.

Vanastree also runs a livelihood programme, Vanya, which was started in the year 2010, as an offshoot to sell the produce from the women of the collective.

Headed by Manorama Joshi, one of the trustees, Vanya has its stores in the places likes Bengaluru, Chennai, Mysuru, and Goa. The Vanya stores usually have heirlooms seeds, organic produce and traditional edibles prepared by the women of the collective. Vanya was fortunate to get seed money as a driver. The team is working towards Vanya becoming a financially-viable initiative in the next few years.

Over the years, Vanastree has grown from one person and one village to about 150 persons in 15 villages in the Western Ghats.