What women entrepreneurs need to do to win over investors: Lathika Pai of Sonder Connect tells us 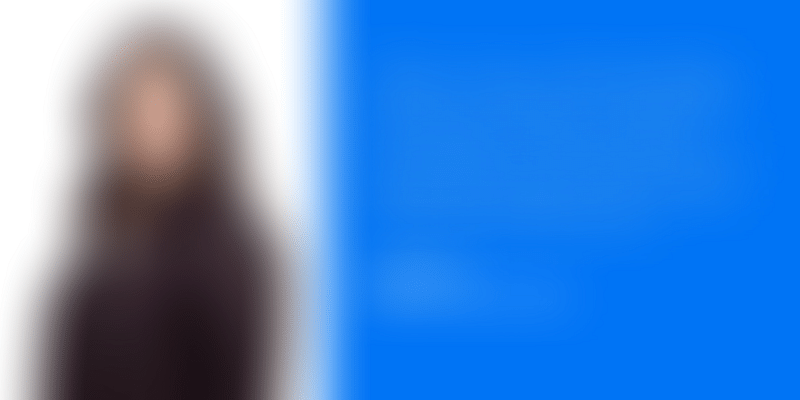 Serial entrepreneur and technology mentor Lathika Pai talks to YourStory about what organizations can do to help women advance as business leaders, and what women can do to advance their own cause.

‘Why don’t I see women in the leadership teams?’

That one question always lingered in Lathika Pai’s mind when she returned to India after working for more than a decade in large technology companies, which included Nortel, American Management Systems (CGI), and a $300-million funded startup Relera, in the US and the UK.

A serial entrepreneur, Lathika is part of the founding team at Sonder Connect. Recollecting her early days as a senior leader in tech, she says, “When I returned home in 2002, it was a culture shock for me. For many years, I continued to be the only female senior leader in many boardroom meetings.”

When Lathika asked CXOs why women were absent from leadership roles in India, the reason stated was that women here are culturally predisposed to prioritise family, either during the early days of their careers when they become mothers, or a few years later when the children are appearing for Class 10 board exams, a pivotal milestone in their academic journey. Lathika says, “I found that reason unacceptable. I still do. If working women do need time off, I strongly feel organisations should support them in that period, instead of cutting them off from the work force and inhibiting their career growth. Organisations need to be flexible enough to give them the opportunity to take a sabbatical and let them rejoin the workforce when they are ready. Organisations, especially in India, should make the effort to understand cultural nuances, and make related changes in workplace policies.”

Lathika shares how certain workplaces understand this basic requirement and encourage women. She explains how a number of companies in the US have really remarkable women-friendly workplace policies. For instance, the American Management System’s policy allowed women to reduce the number of working hours to 50 percent than the standard requirement, while still allowing them to enjoy the benefits that they would if they were working full time. “This allowed women to continue participating in the workforce and eventually reach leadership positions, even though it might take longer than their male counterparts.”

Why some companies are more advanced than others

Lathika believes that while a number of companies in India are now introducing women-friendly policies and making it easier for working moms by providing facilities like crèches, they still lag behind in encouraging women to shoulder leadership roles.

We ask, “So will government mandates help to push women friendly policies at workplaces?”

Lathika agrees that would just be a tiny part of the solution, and explains why. “The SEBI mandates the appointment of at least one woman director on the boards of listed companies. And, today, companies follow them diligently. The only point to be noted here is that in a lot of companies, the woman is a family member of the founder or the CEO, or someone who doesn’t really have a voice or the required calibre. So, this effectively dilutes the policy and its intention.” Lathika believes that there needs to be strong governance to check such loopholes in implementation and enforcement.

As someone who has travelled across the globe and is well accustomed to managing in different work cultures, the serial entrepreneur affirms that one of the many reasons some companies are more advanced than the others is because of a policy that insisted on active participation of women leaders.

Lathika’s first entrepreneurial company Virtual Source was merged with Talisma's Technical Support arm to form B2K Corp, which grew to 600 employees, and was then sold to Allsec Technologies. She is a founding Director of JobSkills, a social impact company. She has successfully raised capital for her ventures both through equity and debt funding. And as Managing Partner at Tekinroads Consulting LLP, she helps incubate technology companies looking to start operations in India, either to kick-start their sales strategy or need back-office support. Currently, she manages Asia for Kollective, the world's leader in SDN and Enterprise Video Broadcast. She is also part of the founding team at Sonder Connect, a not-for-profit trust, which aims to identify, nurture, and champion high potential women-led startups in India with the goal of growing them to be multi -million/billion dollar companies.

Clearly, she dons many hats, a few of which enable her to interact with women entrepreneurs. It is here that Lathika observes that for women entrepreneurs, equal opportunity in funding is still the biggest roadblock. “I have seen riskier, less capable male founders getting funding than female founders,” she says, adding, “While there are many reasons, including gender biases, because of which this this challenge continues to persist, one of the key reasons is that women entrepreneurs don’t project confidence like their male counterparts. Even though their ideas might be at par or even better, we see women entrepreneurs being submissive to criticism. On the other hand, as investors, we look out for entrepreneurs who are confident about their idea, about their business model, and about themselves.” Lathika believes that it is here that organisations like Sonder Connect makes a big difference by focusing on giving women founders the tools they need to succeed and nurturing them along the way and enabling them to lead their businesses better.

The satisfaction of being a mentor

When asked what makes her happy as a mentor to female startup founders, she says “When I see a mentee getting funded, making it to the finale of a startup contest, getting recognised at various forums, or marching ahead, I feel a sense of pride and fulfillment.”

Lathika believes as a mentor, it’s her duty not only to encourage women entrepreneurs but also ask tough questions. She says, “Today, we see a lot of women taking the entrepreneurial plunge. Yes, the idea is fabulous, and their passion strong. But, what many don’t understand is that until you have a viable business model, the startup will not sustain. Sometimes, you might have no choice but to go there and test your model; however, once you realise there’s no future, you have to make difficult choices. An entrepreneur lives in eternal hope and often hangs in there versus cutting the cord and moving on. It is our job as mentors to help them make that tough decision, which may mean downsizing or even shutting down the business.”

How to deal with rude awakenings

As an entrepreneur, Lathika’s challenges and dilemmas were no different. In 2013, Job Skill, one of the startups that Lathika co-founded, was facing challenging times. They had opened five or six to offices and training centres in India. “We saw many educated people were unemployable because they lacked professional skills. So, with a social enterprise, we thought we could address this issue and make an impact. But no one actually walked into these training centres. They didn’t want to pay for trainings, even though they were interested in it.” Soon, they realised that there would be no takers. The founders had put in their life savings in addition to that of the investors. “We realised we were burning money without getting any returns. Eventually, we had to downsize the business. For any entrepreneur, this is a tough call to take. Because, you believed in an idea. You thought you had a viable business at hand. But, the market proved otherwise.”

Lathika believes that JobSkills was a venture a little ahead of its time. Today, JobSkills has partnered with the National Skills Development Corporation to skill and enhance the employability of Indians. She says, “With the government subsiding training, you see a lot of enthusiasm for the same training programmes, which were offered a few years ago.”

The responsibility that women leaders should shoulder

With India’s startup ecosystem continuing to see well-balanced sustained growth, Lathika says, “The Indian startup opportunity is just phenomenal. And, that’s why it becomes even more important to ensure female founders and female talent don’t get left out. That’s where women leaders and women role models can play a big role.”

Explaining further, she says, “It isn’t uncommon to see men backing men at work. But, on the other hand I hardly find that camaraderie among women – even among those higher up on the career ladder. I don’t see many saying – ‘I had a hard time, let me see how I can ease it for other women’.”

Lathika says women leaders need to do so much more – from ensuring that all women are being paid on par with their male counterparts to making changes in workplace polices to enabling more women to grow. She says, “Women leaders need to push the female agenda internally within their organisations and externally in industry forums, policies, and public platforms – openly and unabashedly.”

Lathika Pai is a speaker at the IBM Advancing Women’s Leadership Dinner to be held in Mumbai on Monday, February 12, 2018.