Amazon overtakes Alphabet to become the world's second most valuable company, next only to Apple 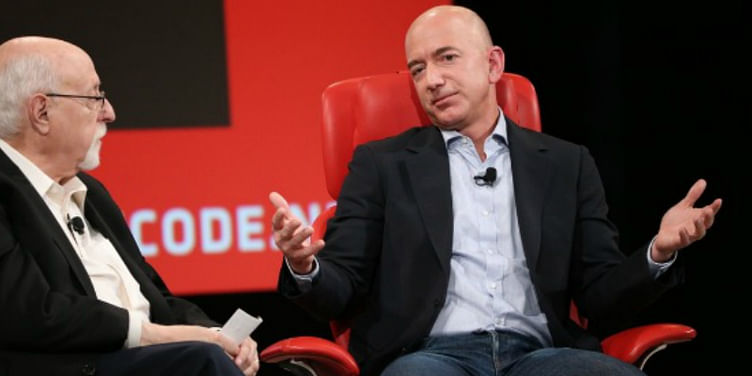 By surpassing Alphabet – the parent company of Google - Amazon has become the second most valuable company in the world, next only to Apple. By gaining 2.7 percent in share prices, the total stock market value of Amazon was pegged at $768 billion, while Alphabet, which fell 0.4 percent on Tuesday, was worth $762.5 billion, lagging behind but neck and neck.

Amazon had overtaken Microsoft as the third most valuable company only in February and continues to exhibit an exponential growth rate. In fact, among all the tech giants in the US, Amazon has had a particularly good run, rallying massively last year with the stock surging 85 percent over the past 12 months, and 35 percent since the start of 2018 itself.

This surge can not only be attributed to the growing flourish in its ecommerce wing, but also to its cloud computing offering, “Amazon Web Services,” that dominates the space.

Alphabet, on the other hand, has seen its stock gain four percent since the beginning of 2018, and about 26 percent overall, over the span of twelve months.

Topping the list of the world's most valuable companies is still Apple, with a total market cap of roughly $889 billion. Meanwhile, a scandal that shook Wall Street are the recent revelations about Facebook’s hack, wherein a political data analytics firm Cambridge Analytica is said to have stolen the data of $50 million Facebook users to send them targeted propaganda during the elections.

Facebook is now the seventh most valuable company, trailing behind Microsoft, China’s Tencent and Berkshire Hathaway, in that order. So far, it has lost more than nine percent of its market capitalisation since the expose.