Women should have their own template for leadership — Apala Lahiri, President, Human Factors International 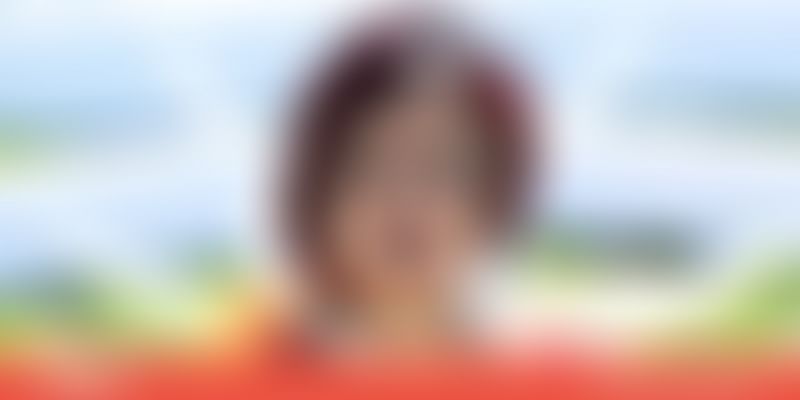 Apala gives her take on gender diversity in the Indian workplace and why there are still very few women at the top.

Recently, Apala’s focus has been on emerging markets such as Asia, Middle East, Africa, and Australia. She has co-edited a book on this subject — Innovative Solutions: What Designers Need to Know for Today's Emerging Markets.

In conversation with YourStory, Apala talks about women in leadership roles and gender diversity.

YourStory: Can you tell us a little about yourself and your education?

Apala Lahiri: I am from a background which is a combination of arts and science. I have a degree in mathematics and statistics from Delhi University, followed by a master’s degree in user design from London Guildhall University. I wandered into the design field via programming.

YS: How did you start your career in the field of media design?

AP: For one of my earliest jobs, I was working as a programmer with one of the premier design organisations for educational content. It was while working there that I got an exposure to the field of user interface design. I liked what I experienced and decided to switch from programming to design.

YS: Please tell us about your role at Human Factors International as the President? What made you join HFI?

AP: My current role at HFI entails envisioning the future direction of the company across the Middle East, Asia, Africa and Australia, and taking strategic decisions that will lead to fulfilling the future vision.

I used to run my own UX consulting company 20 years back. It was exactly what I wanted and I enjoyed it very much, but it was a rather lonely existence with no infrastructure or mentoring for me to learn more and keep myself ahead of the curve. That’s when I met Dr Eric Schaffer, CEO of HFI, which was a leading UX consulting brand at that time. They decided to start their Asian operations; I felt I had found my home.

YS: After you became HFI’s President, what did you bring to the table?

AP: I have always been a strong advocate of building an organisation that is not purely a transactional space between the employer and the employee —but a space where equality rules and everyone feels a sense of belonging, happiness, and ‘where every day is not lost into the dreary desert sand of dead habit’.

Since I started the India operations from scratch, it was not so difficult. There was no baggage from the past.

YS: What are the biggest challenges for a woman in a leadership role in design?

AP: They are the same challenges as in any other domain. A woman should actualise her leadership potential in her own unique style — without following a template for leadership that has largely been created for and by men and hence reflects different needs and challenges. One must recognise that the challenges faced are a result of systemic biases and are not just about personal beliefs and agendas. The latter arise from the former. This helps in strategically battling the disease, rather than being disturbed by its symptoms and by those who manifest the symptoms.

YS: Do you think the Indian workplace is skewed in favour of men?

AP: Well, the statistics are shocking in terms of the percentage of women in the workforce versus men. Workplaces are skewed in favour of men in terms of role definitions, people management policies, compensation, workspace facilities, etc. However, the exposure to best practices around the globe and a generational shift in societal attitudes in India is leading us towards a positive change, even though at an uneven pace across different industries.

YS: According to you, why are there still very few women at the top?

AP: The uneven distribution of responsibilities after marriage and lack of support at home and work, in this stage of women’s lives, is a key factor for them not being able to focus on their career the way men can.

In addition, recruitment and performance management parameters often look down upon career breaks and factors such as not being able to put in extra-long hours at the office or inability to travel, etc.

The good news is that this is changing both at work and home. Workplaces are embracing new ways of thinking about how to facilitate gender equality and this change often leads to change in attitude at home too.

But, we still have a long journey ahead.

YS: How has leadership shaped you as a person?

AP: I think it has helped me understand the criticality of harnessing and balancing masculine and feminine energy in myself, instead of looking at them as mutually exclusive energies. It has also made me an empathetic warrior, ready to fight the ‘good’ fight, in situations when that’s what it takes. It has made me deeply understand and agree with what Eleanor Roosevelt said – ‘No one can make you feel inferior without your consent’.

YS: Who are your biggest inspirations?