Backed by Alibaba, BigBasket finishes the fiscal on a high with Rs 2000 crore GMV 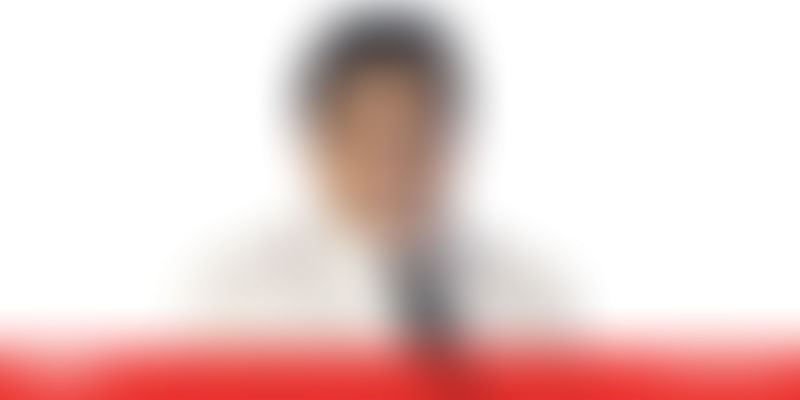 Not many startups in the country can claim the kind of popularity among customers and entrepreneurs alike as BigBasket does. Founded by seasoned entrepreneurs Hari Menon, Abhinay Choudhari, Vipul Parekh, VS Sudhakar, and VS Ramesh in 2011, this online grocery seller is based in Bengaluru. Backed by Bessemer Venture Partners and Helion Venture Partners among others, it recently announced funding by Chinese retail giant Alibaba.

Looking back at FY2018, this funding was definitely among the highlights of not just BigBasket’s journey, but for the Indian startup ecosystem too. The $300 million in fresh funding led by Alibaba has taken BigBasket’s valuation to a mighty $950 million, just $50 million short of the revered unicorn status. (Altogether, the company has raised almost $600 million now.)

But BigBasket’s journey has always been more than about its funding. This year too, it has managed to launch some unique initiatives, and stay ahead in the tight competition with its Delhi-based competitor Grofers, ecommerce big daddy Amazon, and home-grown e-tailer Flipkart.

Most importantly, BigBasket has got a strong hold on its revenue, losses and expenses.

In the online grocery sector which is estimated to be around worth $1 billion (according to research firm RedSeer consultants) BigBasket has made approximately Rs 1800 crore in GMV in FY17 and is closing FY2018 with Rs 2000 crore GMV. According to Co-founder and CEO Hari Menon, March 2018 has earned Rs 200 crore in GMV.

Although BigBasket broke even in Bengaluru and Hyderabad in FY2017, it has not made it in any other city during this fiscal. Also, along with revenue, losses have also increased for the company, which is targeting $1 billion in GMV by 2020.

Onboarding a veteran like the Alibaba group has given a big boost to Bigbasket – not just in bank balance. Although Alibaba follows a marketplace model and Bigbasket, retailer, India and China have similar markets with dense clusters. The 22-year-old company has been keen on investments in India, especially in the food sector – with a recent investment in Zomato. Will Bigbasket benefit from this synergy in terms of new revenue streams?

According to Hari Menon, BigBasket will not bring Alibaba’s famed grocery model - Hema - to India now. “We are focusing on bringing more people online. So opening an offline store is out of question. But scaling is our biggest lesson from Alibaba. Our tech and logistics teams are regularly visiting them,” he told YourStory.

New in the basket

A few weeks ago, in collaboration with Kwik24, BigBasket started a pilot for vending machines with essentials like milk, bread, eggs, etc across a few apartment buildings in Bengaluru. It has launched a new app – BB Instant - for the same. It is planning to launch milk-driven subscription service soon.

But for Hari, BigBasket’s biggest achievement this year is the Farmer Connect programme for sourcing fresh fruits and vegetables. Cooperating with multiple entities, it has started training farmers in organic farming, and has set up a model farm in Mysore for the same.

In another such effort, it is cooperating with the Karnataka government to promote millet among its health-conscious customers. Bigbasket launched ‘GoodDiet’ snacks a few months ago under its private label business.

One can win in the online grocery sector only with strong logistics and supply chain capabilities, that are different from those for a horizontal marketplace. During this fiscal, BigBasket also established two collection centres – at Vijayawada and Anantpur – which are completely automated (for cleaning, packing, sorting etc.) and will replicate this soon in other locations.

Grocery may not provide huge margins, but it gets the highest repeat rate, and provides the opportunity to build a highly loyal customer base – a point not missed by ecommerce biggies. E-commerce market leader Flipkart entered the grocery sector in November 2017, under the tag ‘Supermart.’ Although the category is yet to scale, Flipkart’s impending tie-up with US-based retail giant Walmart may change the course of retail in the country.

Walmart and Flipkart’s common enemy Amazon India also has its own grocery business through Amazon Now, Amazon Pantry, Subscribe and Save, and Speciality Grocery. Amazon is also about to launch food retail, now that it has been cleared by DIPP. Recently, it opened 15 more fulfilment centres to build on grocery. Bigbasket has also gained DIPP nod for food retail this fiscal.

Gurugram-based Milkbasket, which started an online milk delivery platform in 2015 and has now become a grocery delivery platform, is another potential rival for BigBasket. Backed by Blume Ventures among others, MilkBasket is yet to scale outside NCR, where Grofers and BigBasket are already fighting each other.

However, Hari has always been open-minded about the competition. He believes that as more players come into the online grocery sector, it will open up the market, and more customers will be comfortable buying grocery online – which will benefit everyone.

Whoever said that ecommerce for grocery is a bubble might just be proved wrong soon.