Bootstrapped and profitable from Day 1, Supari Studios makes videos for Google, YouTube, Red Bull, among others 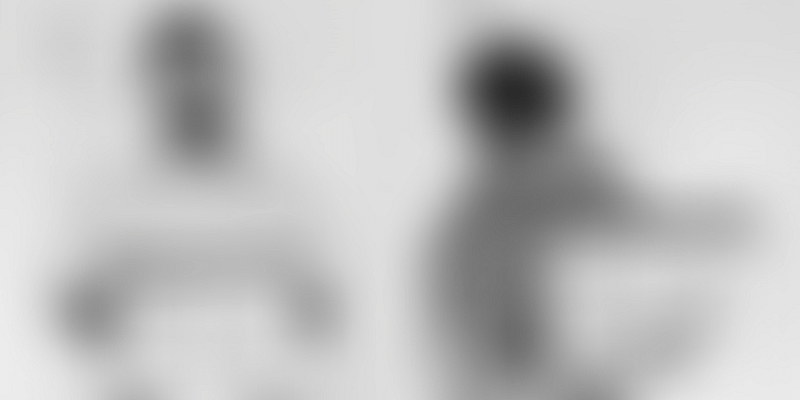 Supari Studios is a digital content studio that functions at the intersection of film, design, and technology.

On a slow day at work, it is not rare for even the best of us to look out the window, wishing to be released from the humdrum of our jobs and, instead, pursue something risky, but rewarding.

This pretty much sums the beginning of 31-year-old Advait Gupt's entrepreneurial journey. At 26, he resigned from his job as an investment analyst at a venture capital firm, and started Supari Studios. Caught between figuring if he wanted to pursue an MBA abroad or start his own venture, he chose the latter.

“Having spent over five years in investment management, I realised that in order to truly understand a business from the ground up, I needed to get my hands dirty.”

“Somehow, the risk-reward ratio of the starting up just seemed like a more attractive option, given the minimal capital outlay and large upside potential,” he says. Advait found a co-founder in his younger brother Akshat Gupt, and there has been no looking back since. Akshat, who was 22 at that time, had just graduated from film school.

“Akshat was freelancing with a bunch of advertising agencies and production companies. However, he was struggling to find people who took him seriously considering his age,” says Advait, by way of an explanation as to why his sibling joined his venture.

What is Supari Studios?

Sensing a gap in the digital content market, the brothers combined their skill sets and set up Supari Studios - which would focus on creating online video content in a rapidly-evolving digital media landscape. “What started as a passion project in September 2012, quickly evolved into an integrated studio that creates content for the audiences on the digital medium,” explains Advait.

Supari Studios is a digital content studio that functions at the intersection of film, design, and technology. From ideation and concept creation to shooting and handling post-production, creates online video-focused content-based intellectual properties for companies, and counts brands such as Red Bull, Google, YouTube, and Dolby as clients.

Advait says, “We are currently building a portfolio of proprietary content intellectual properties that includes India's first adult animated series, a socio-political satire called Shakaharis, and a content platform that focuses on the perspectives that shape the lives of young women in contemporary India called Vitamin Stree.” These properties are monetised through licensing, distribution and merchandising.

Its primary platform is a content studio focused on offering online video development and creative services to brands. The ‘Post Office’ vertical is an animation, visual effects, post-production and new media technology lab, while ‘Keeda’ is a portfolio of content-led IPs around passion points of young people.

Headquartered in Mumbai, Supari Studios initially took equipment on hire. “Things soon started gathering momentum and we were lucky to have amassed initial fame through a contest, which helped us get our first camera,” says Advait. The studio’s team today is 27 strong, and includes writers, directors, producers, coders, financial analysts, filmmakers, designers, and animators.

What’s with the name?

The term ‘Supari’ may rattle some for its underworld connotations of hiring someone to 'shoot' a person. “However, we used that pun where people pay us and we shoot (using cameras) and that is why the tagline - 'you pay, we shoot',” Advait explains.

“Our first three hires were some of Akshat’s closest friends - Manoti Jain and Mitali Sharma - who head Supari Studios and Mohit Bhasin who heads group strategy, joining us straight out of college. Getting them aligned to the idea was not a challenge as, at that point, it seemed more like a passion project than a legitimate business opportunity,” says Advait. And the rest is history.

The studio has seen 5x growth in revenue over the past three years, and compound annual growth rate (CAGR) of about 70 percent.

Bootstrapped, it has been profitable from Day One, says Advait. Having worked with some of the biggest global brands like Dolby, Youtube, Google, RedBull, Warner Bros Records, Nike, and Twitter, among others, Supari Studios has completed over 350 projects with over 70 partners/clients.

Its revenue model is divided into three categories - brand solutions and partnerships, licensing, distribution of content and merchandising of media brands.

The Indian online video industry is expected to touch $1.6 billion in revenue by 2022, from the estimated $340 million in 2017, growing at a CAGR of 35 percent, said a report published by global media research and consulting firm Media Partners Asia.

Given the hybrid business model, it competes with various advertising agencies, digital content companies and film and video production companies.

Talking about the studio’s differentiator, Advait explains, “We are specialists in online video content. Our capabilities span across the digital media landscape, from creative services (digital content brand solutions and post-production) to owned content (online video led content IPs) and technology (new media content technologies such as virtual reality and online video analytics). Our understanding of the medium, coupled with our core capabilities in the process of creating online video and development of content IPs is what sets us apart.”

Supari Studios is currently in the process of raising its first funding round to scale production, build technology and invest in product development.

For the future, Advait says, “We seek to enable the attention economy by building a language-and-platform-agnostic new media company that is shaping the future of entertainment and journalism in India. Our capabilities in film, design and technology allow us to develop content IPs and media brands that can scale quickly in a rapidly evolving landscape.”