Busting the myth of generational targeting 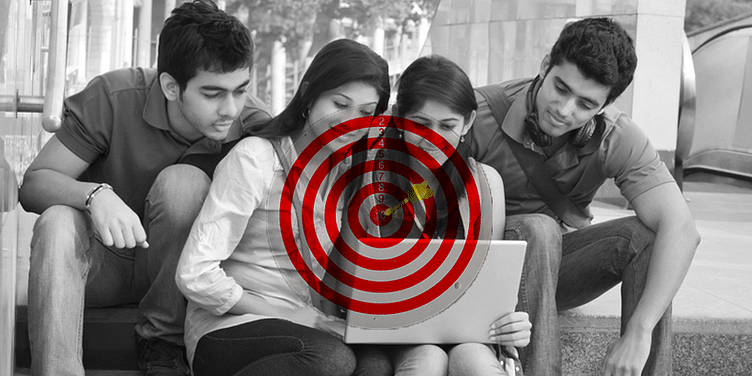 Making broad generalisations about a large population is downright dangerous. It’s nearly impossible to deduce something about a broad demographic without leading to vague and nebulous conclusions.

It has become intellectually superior to start any discussion on marketing and advertising with at least one reference to generational targeting. The real question is how relevant is an American view of generations relevant to the rest of the world including India? The baby boomers, about whom volumes have already been written in America, are almost completely irrelevant to large parts of Asia, because, while baby boomers were watching Woodstock in the US, intoxicated to the gills for three days, the baby boomers were the Red Guards in China trying to impose the draconian measures of the Cultural Revolution. (In any case, the real baby boom for China only started after the one-child policy was relaxed in October 2015.)  Or take the rather amorphous claim that most American millennials have grown up without any religious leanings. What use is that to a Chinese population where religion has been banned since China turned communist in 1949.

In India, our baby boomers had to wait in a queue for everything only to consume something that was so limited in that one would have found it difficult to be different on almost any parameter. I am referring to the Nehruvian hangover of quasi-socialism when we had to wait years for a telephone connection or a Bajaj Scooter or an EC TV, and there were only two cars to choose from: a Fiat 1100 or an Ambassador.  And Singapore was going through the worst flood of 35 years in 1969 and its per capita income was much less than SGD 1,000, a very different country from what it is today.

But with India having liberalised, it is perhaps appropriate to talk of millennials and Generation Z, although a straight-line correlation in attitudes with millennials in the US would again be a big mistake. For one, millennials in India would be much poorer than their counterparts in the US and higher incomes and power do affect behaviour. As India approaches the magic date of 2020 when the median age for India will be 29, there is a great interest in general for younger target groups and that is all but natural. First of all, India is supposed to have over 400 million millennials. That by any stretch of the imagination is not a segment, it is a universe! And to ascribe unique characteristics to 400 million millennials on their behaviour and attitudes would not only be a lazy way to target, it would be a huge mistake. Especially, since you are talking about a third of the Indian population. Since millennials are defined as those who achieved adulthood around 2000 AD it also means that the oldest millennial is now 38 years old. And he is unlikely to be anywhere similar to the 26-year-old millennial.

In the 90s, when client service executives used to come to me with a creative brief describing a target group of women aged 20-40 as users of Lux, I would throw the brief back at them. How does one expect the 20-year-old woman to have the same attitudes to beauty as the 40-year-old? As any creative person would say, “Tell me about the average Lux user”. And if we are not careful we might be doing the same thing with generational targeting. I see creative briefs in agencies that say we are talking to “millennials” hoping that the magic word will encompass everything a creative person wants to know. But as we know a broad sweep of the target helps no one, especially in this age of big data and analytics.

As my good friend RP Kumar, New York-based marketing and communication expert, says “Using lazy and sweeping generalizations about huge masses of people prevents us from fully using the power of data-based marketing, which allows us to pinpoint people and have genuine and deep engagement with them.”

Vikas Mehta who has worked with Havas and Lowe overseas says “This is a very metro/urban viewpoint. It implies that a millennial in Mumbai is the same in Dehradun. Because of most of our sociologists, planners etc., have an urban bias this seeps into our thinking. A millennial in Doon may have the same education but, for example, does not think and write in English. That’s why he is not yet a digital junkie as most of our apps and software are still English-driven or at best also Hindi.”

Generational targeting fails when it refers only to demographics

Generation X, referring to people born between the early 60s and early 80s, is the vaguest group of all. It gets a tighter definition when demographers call it the ‘post-Baby Boomers’. Millennials refer to people who reached adulthood around 2000 AD, and Generation Z refers to people born between 1995 and 2005. So, when we use these fancy generational labels are we referring really good-old demographics? I would rather say I am talking to teenagers than saying I am talking to Generation Z. And so on. Remember the old target group definitions we used, which said ‘youth 16-24 years with an epicentre at 18 years’. Frankly, that does more for me than giving this target the broad sweep of Generation Z. Demographics is an old-fashioned way of targeting so if generational targeting is being used to largely describe age groups it has failed miserably.

Sumit Roy of Univbrands, who has been training people in advertising and communications for the last two decades, says, “Demographic segments have never been valid. Brands have ‘emotionales’. Emotions change, not age, sex, or occupation.”

Generations are a function of the historical timeline of the country

Generational targeting is often taken by referring to the US as a base. Unfortunately, when we look at our own countries, we were at different points of evolution from where the US was. Which is why I mentioned earlier in this article that generations like baby boomers and Generation X have little relevance to Asia because a lot of Asian countries were still growing up while America was perhaps maturing as an economy.

Histories of countries vary. Like people, countries too are at different life stages, so making a global comparison between countries becomes difficult.

Generational targeting is a function of culture

When Heineken recently launched the Indian version of the #OpenYourWorld campaign, it relied on an age-old cultural Indian value. Of parents wanting to guide their children into specific professions. It showed that Publicis had hit a universal Indian cultural insight of parents wanting their children to choose traditional careers like engineering, medicine, and law. The campaign attempted to then break down these barriers between parents and children as a social experiment. Obviously, the campaign spoke to youth or, if you understand this better, shall I say ‘millennials’? But the campaign proves one point: that Indian millennials are still under the same pressure from parents as earlier generations were. According to Vikas Mehta, “A millennial in Bharat still lives with his parents, even after marriage. So the concept of filial relationships play a more important role than “friends”. That’s why festivals and marriages are still celebrated with gusto and enthusiasm unlike in metros where they are an excuse for a holiday.”

All this proves that culture can be an important force in guiding generations. RP Kumar, when asked about culture, says, “I find that the whole concept of millennials is a new form of cultural imperialism. It’s an American construct born out of the post-World War II baby boom.”

So where are we really on millennials then?

The biggest myth-buster for me are conversations that I have had with Indian millennials. The other day I was privy to a social media conversation between millennials and I thought that they were having a good laugh at what the research on millennials was saying about them.

“If we are supposed to be lazy like all the millennial studies say, why am I working my butt off?’

“ This millennial research says that we only shop online. I love going to stores to check out a piece of clothing.”

“Who said I am happy with earning less for working less? This millennial research seems to treat us like we are a generation that is about to retire.”

“I don’t understand this thing about us having bad manners. I am as well-behaved as any other generation in the world.”

Those conversations only prove one thing. That making broad generalisations about such a large population is downright dangerous. It’s nearly impossible to deduce something about such a broad demographic without leading to vague and nebulous conclusions. So I for one am unwilling to give the millennials demi-god status just yet like some other people have done. They somehow seem quite mortal to me according to their own admission!