From the fields to the power corridor, Dana Kursh's journey as an Israeli diplomat in India 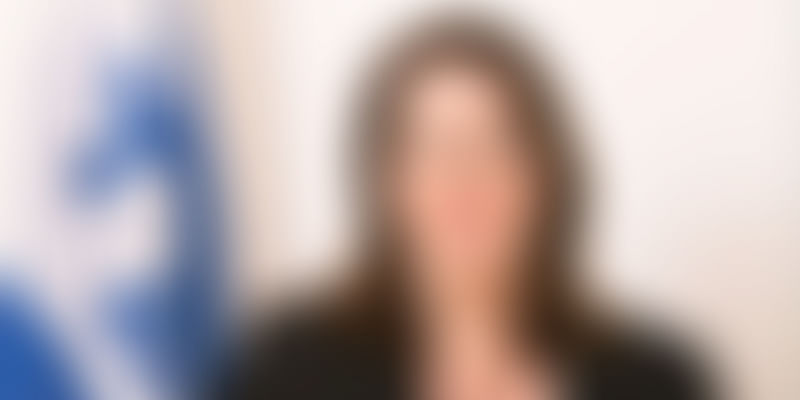 Dana Kursh, Consulate General of Israel in Bengaluru, in charge of South India, opens up about her personal journey to become a career diplomat, the women who inspire her, and what India and Israel can learn from one another.

At present, out of a total of 109 resident missions and seven roving Ambassadors/Consul Generals, there are 20 women serving as heads of Israeli diplomatic missions abroad. At the ministry in Jerusalem, six of the 19 (30 percent) Deputy Director Generals are women.

One of them, Dana Kursh, is proving to be a moving force as the Consulate General of Israel in Bengaluru, in charge of South India (Karnataka, Kerala, Tamil Nadu, and Pondicherry). In the seven months since she took over her new role, she has been on a mission to execute the vision of meaningful cooperation between Israel and India.

Last year, India and Israel signed a number of treaties following the visits of Indian Prime Minister Narendra Modi to Israel and Israeli Prime Minister Benjamin Netanyahu to India. Nine MOUs were signed in the areas of Cybersecurity, Oil and Natural Gas, Space, Health, Film Co-productions, and others. Dana says $40 million of the innovation fund has been earmarked for startups, and she is happy to be the bridge between the two startup ecosystems.

“My mission is to connect people to people and business to business. The ecosystem here is so much like the ecosystem in Israel. The triangle of business, government, and academia is important to both our nations. In Karnataka, we are partnering with the government to support startups,” says Dana.

In an interaction with YourStory, Dana talks about why she feels “blessed” to be in India, her personal journey to become a career diplomat, the women who inspire her, and what the two countries can learn from one another.

Life of a diplomat

“Being a diplomat is like having all my passions come together as one. As a diplomat, I am a businesswoman, an academic, a matchmaker of businesses, and more. I can have it all. Every three to five years, I can learn new things from scratch, all within a framework, of course,” she says.

According to Dana, as a diplomat, she also gets to see the impact of her work, whether it is connections in business, tourism, or academics.

She particularly mentions the Indo-Israel Agriculture Project (IIAP) that marked a milestone when it was inaugurated on December 7, 2017. “This is a unique activity between India and Israel -- cultivating the land together, sharing best practices, and training trainers,” she explains.

The Israeli Consulate in South India has in its jurisdiction five Indo-Israel Agricultural Centres of Excellence (CoE), three in Karnataka and two in Thally, Tamil Nadu. “All over India, we have around 30 CoE on various agricultural products,” she adds.

The centre in Thally will provide training in Israeli practices and supply cut flowers to markets across the country. The main objective of the centre is to establish infrastructure and develop new methods of cultivation for protected cut flower plants. Besides, it aims to train flower growers, entrepreneurs, and extension officers on the high-tech cultivation of commercial cut flowers suitable for Tamil Nadu.

Dana says that when she went to the field of carnation flowers in Thally, she was reminded of her village back home in northern Israel where she grew up. “Just outside our village, we had fields of carnations,” she recalls.

From the fields to the power corridor

Dana was born in a family of farmers. “My father passed away when I was just 14, and my mother raised my younger brother and me with the right guidance and the ambition to succeed,” she says.

After her schooling, Dana joined the Army, as is mandatory in Israel. She spent five years in the Army, where her role was as the officer for bereaved families. “I remember the first time when I was standing at the door of a family to break the news. I was just 19. What would I know about comforting others? But it was not about me. It was what I was representing. The Army. And that in some way comforted them,” she says.

Considering her duties involved going with the families to funerals, Dana says the first thing she did was buy dark shades. “I did not want to be seen shedding tears,” she reveals, adding, “I did not know how to combine emotions and professionalism. It was a dilemma. But now after so many years as a career woman, I can tell you that it is part of who I am. It does not mean that I am not a strong person or am not professional. It shows that I am an empathetic person.”

After the stint in the Army, Dana studied International Relations at Hebrew University. “I fell in love with the profession and wanted to be a diplomat,” she says.

She specifically mentions four women in her professional and personal life who she is "grateful to, enriched by and constantly grow with. Two of them were the reason I joined the Israel Ministry of Foreign Affairs and two were my bosses and mentors.”

Golda Meir, the world's fourth and Israel's first and only woman Prime Minister. “For me, she was also a role model for being an Israeli diplomat and our Foreign Minister. Even an Israeli banknote issued in November 1984 bore a portrait of Meir on one side and the image of the crowd that turned out to cheer her in Moscow on her diplomatic mission,” she says.

“Colette Avital was the one who gave me the courage to pursue my dream of becoming a diplomat. Sitting as a student of International Relations and hearing her personal story helped me feel my dream can really come true. Her personal story of being a pioneer female diplomat in the Israeli foreign ministry - fighting all the obstacles and reaching high ranking positions was very motivating.”

Colette served as Ambassador to Portugal, and as Consul General in New York City. Upon returning to Israel, she was appointed Deputy Director in Charge of Western Europe, the third most important position in the ministry back then.

Yael Ravia-Zadok, her first boss at her first posting abroad as a diplomat. “She was and still is a role model, who taught me the practical 'rules of the game' of being a diplomat," Dana says.

Then there is Alona Fisher-Kamm, who was Dana's boss at her latest position in the Foreign Ministry. "She was the head of the training division of our ministry and I, under her command, led the training of new diplomats entering our ministry,” she explains.

Israel has made a significant progress in advancing women's rights and their goals and visions for promoting gender equality. Dana says that they take pride in the fact that they have women in the position of leadership in politics, business, academia, and more (for example, about half of their academia and their judiciary are females).

Interestingly, 51 percent of all judges in Israel are women. “We do have concerns about not having enough women representatives in the Parliament and we hope to have more numbers soon. As of now, 28.33 percent of women in the Israeli Parliament are women,” she says.

However, she adds that there is 25-percent disparity in salary in different positions in Israel, though not so much as in the Army.

“I am happy to see so many women in India in influential and dominant positions,” she adds.

Dana is a single mom with a six-year-old son and says that she is happy he is with her in India. “He loves daal and rice and speaks better English that I do,” she adds.

According to Dana, her India stint has given her the opportunity to make her dreams come true.