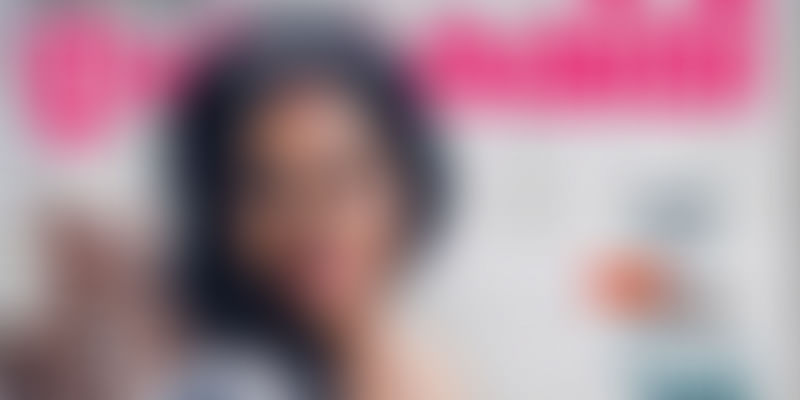 The March issue of Grihalakshmi, a Kerala-based Malayalam magazine, has chosen to go all out – literally – for the cause of normalising breastfeeding in public. The cover as well the cover girl, both equally hauntingly beautiful – house the message: “Mums tell Kerala: don’t stare – we need to breastfeed,” as the model, Gilu Joseph, is pictured suckling a little baby at her teat, which is in full view.

Various movements have been seeking to stop the sexualisation and subsequent moral policing of breastfeeding in public, and women’s nipples in general. Poet and actor Gilu Joseph is holding a baby in a resolute manner, looking dead-on at the camera having freed the nipple with a gorgeous, unshakeable smile on her face.

The cover story features interviews of several real-life mothers who struggled daily with breastfeeding in public and has been inspired by the experience of a young mother, in particular, named Amritha. The 23-year-old’s husband posted pictures of her breastfeeding in public which had gone viral, inviting praise as well as criticism – much like this campaign.

Amritha, 23, told the magazine: “Even when I was in the hospital I had breastfed openly and so many people told me off for this. Some even said that if I fed my child without covering my breasts they would dry up very soon.”

One of the most common arguments made against this statement is that Gilu Joseph is not the real mother of this child - and hence, must not pose with them in this manner. The irony should not be lost on you – that she is facing backlash for the exact thing she is trying to change - the over-sexualisation of a woman’s breasts, and the act of a woman suckling a little baby. In fact, in certain Indian cultures, it is not uncommon for lactating women to step in for each other and feed another women’s babies, for it is rather laborious to constantly breastfeed a child.

“I thought, what would be wrong with me doing this?” she said. “I am proud of my body, so why not use it for a noble cause?” says Gilu, according to this article on The Guardian, adding, “I don’t believe in these sorts of taboos. I didn’t harm the kid in any way. I kept the baby close to my breast out of love.”