Indian startup ecosystem ranked at number 37, much below China, Singapore, and South Korea 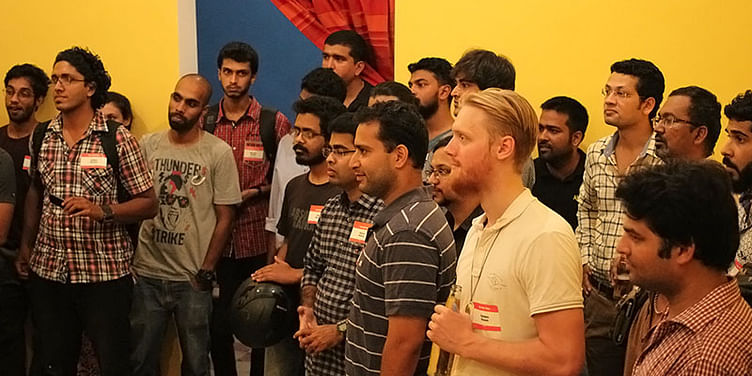 In the past five years, the Indian startup ecosystem has seen many ups and downs. While the years 2014 and 2015 saw a lot of investor activity, purse strings were being tightened towards the end of 2017. The indulgence was giving way to discipline, but like the prodigal child, the Indian startup ecosystem has shown there is no stopping it, even if the progress is painfully slow.

According to a report released by Startupblink, a global startup ecosystem map with tens of thousands of registered startups, coworking spaces, and accelerators, the Indian startup ecosystem is ranked at number 37 and the global ranking of its top three cities are Bengaluru, New Delhi, and Mumbai.

Clearly, India has a long distance to cover whether it is in terms of ease of doing business, startup policies, and complicated tax compliance (the angel tax is becoming draconian for Indian startups). The Indian startup ecosystem is also yet to see major exits - an important measure to gauge the maturity of a startup ecosystem.

Last year, a report by Startup Genome in collaboration with organisations like Global Entrepreneurship Network (GEN), Crunchbase, and Orb Intelligence stated that Bengaluru had slipped in its ranking as a global startup hub.  This is a matter of concern considering Bengaluru is one of the top hi-tech cities in the world and leads the Indian startup ecosystem.

ALSO READ: Hold with the dirge, the startup song is yet to play out

In its report, Startupblink included a global ranking index of 125 countries and 900 cities, measuring their startup ecosystem strength and activity. Their mission began in early 2014 to map and rank startup ecosystems across the globe. A company note said, “Our rankings stem from thousands of data points gathered from various sources, such as incubators and accelerators that appear on the StartupBlink global ecosystem map. Rather than focusing on traditional, well-known winners, we’ve highlighted hundreds of ecosystems across the globe.”

The US, UK, and Canada swept the top three spots in the global country rankings, while Israel and Germany were close behind.

Germany closes out the top five, with its capital, Berlin, also ranking 5th in the global cities analysis. The report states that Germany is at present enjoying a startup renaissance, and has three additional cities in the top 100, which include Munich (64th), Hamburg (74th), and Frankfurt (84th).

“Additionally, when reviewing startup activity per capita (taking into consideration population size), we found that small nations of less than 10 million inhabitants like, Sweden (6th), Denmark (7th), Switzerland (8th), and Singapore (10th) placed in the top 10 (as well as the previously mentioned Israel),” the report adds.

Africa has four representatives in the top 60. South Africa is the first (38th), followed by Kenya, Egypt, and Nigeria (ranked 53rd, 54th, and 57th respectively).

The report states, “Rather than focusing on one specific ecosystem, our global rankings offer valuable insight into how countries fare in ‘distributing’ their startup talent. This is helpful not only in determining how to increase the potential of a country’s overall startup ecosystem but also in showing how to allocate needed wealth, economic and business resources.”

The study targets three primary audiences: entrepreneurs, municipal development offices, and national governments. Entrepreneurs can utilise the rankings to determine if a particular city has the resources needed to support their goals.

StartupBlink’s CEO Eli David, a digital nomad, has been working on the project while living in 60 countries. The rankings, in association with ANSYS Startup Program, are based on many thousands of data points gathered over the last four years on StartupBlink’s global startup map, including data collected by its local representatives in more than 70 chapters around the world.