India’s river heroes are bringing change, one drop at a time 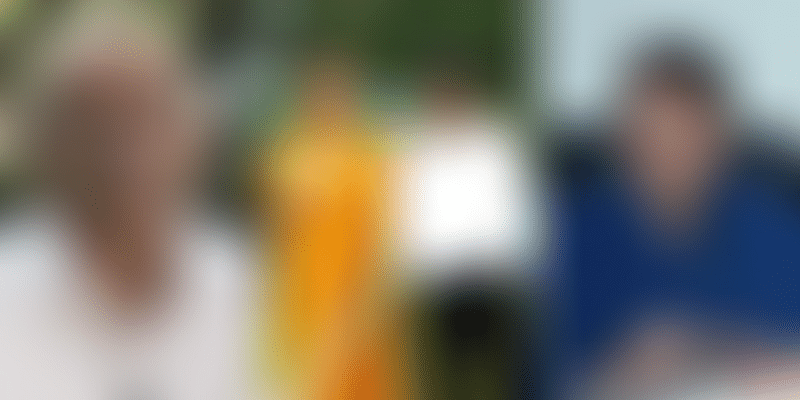 For 15-year-old Akash, the Kaveri represented much more than just a river. It was part of the identity of his hometown of Kodagu and played a central role in many childhood memories.

Considered one of the most fertile regions in the country, the Kaveri river basin is today facing a threat as poor rainfall in 2016 had the 802-km long river going dry.

Kaveri is not the only river in crisis. Relentless dumping of waste and release of untreated effluents is posing a serious threat to the over 50 rivers in the country. In fact, two of every three major Indian cities already face with water shortage on a daily basis.

While the problem is obvious, there is only a handful of individuals who have taken it upon themselves to resuscitate India’s dying rivers.

Below are some stories of dedicated individuals profiling and reviving rivers, chronicling them, and celebrating them.

For over four decades, geologist Lingaraju Yale has been studying the changing onset of seasons and the nature of Indian rivers. Over the last four years, he has also helped revive three major rivers in Karnataka - Kumudavathi, Vedavathi and Palar. Known for his expertise as a geo-hydrologist on natural water management, Lingaraju leads the River Rejuvenation Project driven by the International Association for Human Values (IAHV).

When river Morna made it to Mann ki Baat

On January 13, 2018, over 7,000 people gathered on banks of river Morna, in Maharashtra’s Akola district. Led by the district collector Astik Kumar Pandey, the citizens forced the state government to sanction Rs 27 crore to clean up and maintain the state’s water bodies.

The campaign even found a mention in Prime Minister Narendra Modi’s ‘Mann Ki Baat’. The campaign to clean the Morna will enter its second phase before the monsoon.

Over the last few months, the initiative has been successful in cleaning 70 percent of the river, and authorities are now focusing on preventing wastewater being released into the river untreated.

Meet Teesta, the daughter and the river

Utpal and Samita are in their early sixties and together have penned the book ‘And the Teesta Flows’, weaving the story of the river Teesta as if she were a person – from birth to adolescence and adulthood.

The couple met along the banks of the Teesta and their love affair with the river had them naming their daughter after the river.

The child fell ill and at the age of 13, Teesta passed away. The book is a tribute to their daughter and the river. At the same time, it is a travelogue that documents the river and speaks of its 309-kilometre journey and challenges.

When the villagers came together

Located about 27 km from Pune city, Sangrun in Haveli taluka is unique. It has the confluence of three rivers — Mose, Ambi, and Mutha — often referred to as the Triveni Sangam. Sangrun is unique for the bold step its over 1200 residents took to make the village garbage and plastic free, and rejuvenate the rivers.

The villagers of Sangrun got together two years ago to clean the Mutha river. The area around the river was swept, the garbage separated and villagers saw to it that no garbage was dumped in the river. The village also became open defection free recently, with toilet coverage rising from 40 percent in early 2016 to 100 now.

The river rejuvenation plan for the river Ganga took the forefront in August 2011 when it was registered as a society. Under the Societies Registration Act of 1860, the NGRBA (National Ganga River Basin Authority) was set up to rejuvenate, protect, and manage the river Ganga.

The government has set up a five-tier structure to ensure purification of the river at the national, state and district levels.

The National Mission to clean Ganga, under the ‘Namami Gange Programme’ has an outlay of Rs 20,000 crore to clean up and conserve the river. Projects along Sewerage Treatment Infrastructure, River-Front Development, River-Surface Cleaning and awareness programmes are being held.

As the government and citizens step up efforts to rejuvenate, celebrate and clean the rivers, each effort counts towards saving this rich resource.