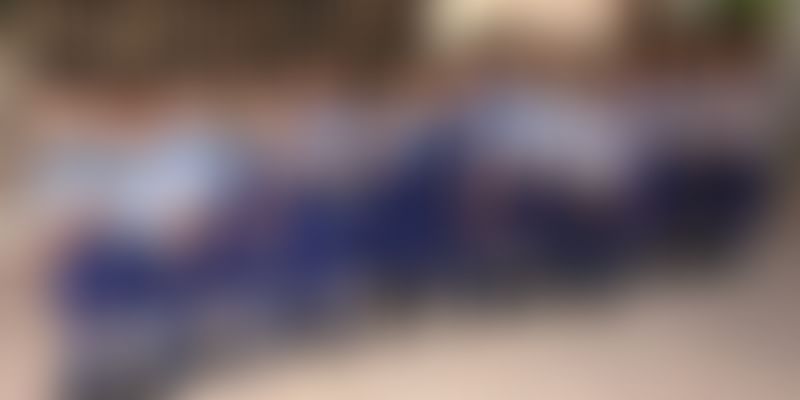 Indus Action is on a mission to help disadvantaged families gain sustainable access to legislated rights, starting from RTE.

Social disadvantages like caste, religion and gender are reinforced by class in India. Right now, low-income and socially disadvantaged children go only to government schools. As a result of this, by Class V these kids are already three grade-levels behind and trapped in a learning crisis.

Focused at reversing this historic social segregation in schools, India’s landmark 2009 Right to Education (RTE) law grants free access to high-quality unaided schools for all disadvantaged children. However, the national fill rate is merely 15 percent of the 2.1 million annual seats, with 18 out of 29 states violating their constitutional obligation.

Learning of this growing crisis, Indus Action, a non-profit organisation working in the space of policy implementation, is solving entrenched barriers in this policy’s implementation with a primary aim to bridge the gap, and enable sustainable access to legislated rights for disadvantaged families.

Founder of Indus Action, Tarun Cherukuri quit a promising career at Unilever and joined the Teach For India Fellowship in 2009 as a way to honour his maternal grandmother, someone who had left a deep impact on his learning. “Education was the source of my social mobility and the easiest way to honour my grandmother's legacy was to provide similar learning opportunities to more children,” shares the 34-year-old.

After his summer training, Tarun was posted in a budget private school. “My first week in the classroom was to literally and metaphorically fix the broken window and make the classroom a safe, inviting and accessible space for every child. Since those first few weeks at the Fellowship, I have been passionate about classrooms accessible for expression of our fullest selves,” recalls Tarun.

As luck would have it, my classroom was a microcosm of India. I had children of migrant workers from northern and southern Indian states, interiors of Western India where I taught. And we had children from multiple faiths, which provided for a lot of learning moments to see and celebrate diversity. These moments brought me to my calling.

Through his everyday interactions, Tarun found his passion and wanted to replicate his classroom experience in many more classrooms. He decided to study the RTE policy of India. With this, he learnt that one of the provisions in the law is for children from different socioeconomic backgrounds to be in the same classroom.

This meant eight million children from all walks of life every year, studying in the same classroom. If you added parents, teachers and other stakeholders in primary education system connected to this law, it directly impacts 25 million people in India every year. However, like with most progressive policies, the implementation lags its spirit by a decade. That’s where I saw the need and Indus Action as a policy implementation do-tank steps in.

Taking the idea forward, Indus Actions’ beginnings happened in the classrooms of Cambridge, Massachusetts, where Tarun pursued his Master’s in a course of community organising. He decided to organise students interested in India’s development as part of his course’s practicum element. “The conversations organically grew into Indus Action as a platform that we collectively built over our postgraduate school careers. In 2013 summer, three of us from the core team moved to Delhi to get things rolling.”

Indus Action believed that constitutional values are best cultivated in inclusive schools, where children, irrespective of their socioeconomic background, learn and grow together. Therefore, the organisation launched Project Eklavya, its flagship product aimed at building a modern-day India in which Arjun and Eklavya, irrespective of their birth in different social strata, can learn and grow together in the same school.

As a former teacher, I saw the innate potential in my nine to 10-year-old students, who nurtured friendships across their Christian, Hindu, Muslim identities and orchestrated classroom dialogues on addressing communalism in India. I strongly believe the work of democracy begins in our schools, and the RTE offers a golden opportunity to kickstart civic transformation across India. This why our organisation picked this cause to fight for first.

Then on, with evidence suggesting that diversity, be it economic, social or cultural, in a classroom leads to better social and learning outcomes for children, through Project Eklavya, the team was ready to create inclusive schools, nurturing more engaged and empathetic citizens.

Engaging with all spheres of society

To turn the project into a success Indus Action worked and works at three levels: with students and families, community entrepreneurs at a local and state-level and State governments. According to Tarun, mobilising parents, educators, school leaders and governments to embrace this policy will disrupt India’s long-standing power structures of caste, gender, religion, and class.

To begin with, the team identifies eligible at-risk families, makes them aware of their rights to access high-quality unaided schools, and supports their children’s enrollment and retention.

Moving onto the next level, the project creates entrepreneurs. Citing an example of this, Tarun shares, “In New Delhi, Project Eklavya has developed a model to train 100 female entrepreneurs, many of them mothers, to run community-level campaigns throughout the year.” As such, the project improves the social mobility of two generations at once. It also incubates state-level community entrepreneurs for three years via training, grants, technology support, government partnerships and leadership coaching.

Finally, with State governments, the project designs and implements transparent technology systems for seat registrations, parent applications, lottery matching, reimbursements and student tracking. All in all, Project Eklavya is a low-cost, high-stakes campaign to drive implementation of RTE across India at all levels shares the team.

Through Project Eklavya, Indus Action has directly enrolled 30,000 students in less than three years under RTE Act, across five cities in India. In doing so, the campaign has also helped save $45 million worth of tuition fees.

It has also witnessed a high 91-percent retention rate post school enrollment. Stating the importance and impact of retention,Tarun says, “Because of the campaigns conducted in Bengaluru, girls admitted under the RTE Act demonstrated 43 percent improvement in learning outcomes as compared to their peers who did not receive the admission.”

The same study showed that students admitted through the RTE policy demonstrated a stronger sense of self-efficacy, something that disadvantaged students typically struggle with.

In the future, as part of this mission, Indus Action aims to enroll one million students under RTE before 2020 in over 15 states across India. Once successful in doing this, the organisation intends to expand into other legislated rights like Right to Food, Right to Persons with Disabilities and Right to Public Services.

Through campaigns like Project Eklavya, Indus Action is well on its way to enabling the world’s largest democracy to realise its constitutional promise of justice, liberty, and equality.