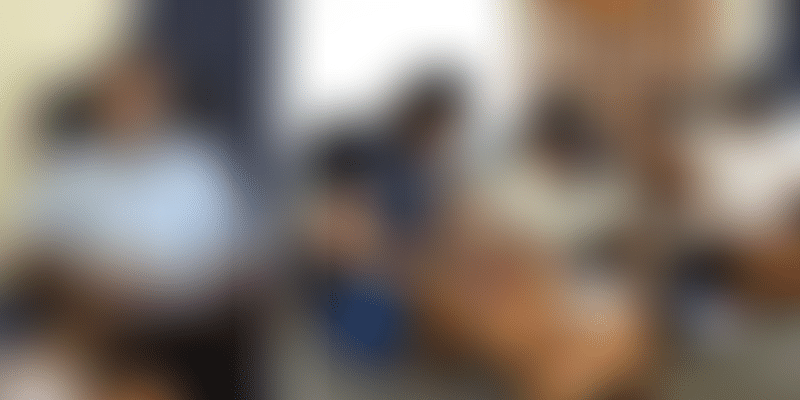 Established in 2010 in Suri, Birbhum district, West Bengal, this school provides a level playing field to children of small towns so that they can keep up with the style and content of education imparted in metropolitan cities.

In 2008, founder of the Levelfield School, Arghya Banerjee was running India operations of Irevna, a large, equity research outsourcing firm.

“During my time there, Irevna grew from a small startup to 500 employees. Growth was exciting, but it was also painful. I found that most of the newly-minted CAs and MBAs were not workplace-ready. The basic skills that one expects after years of education – ability to write a professional email, logically express your idea – were woefully lacking. An idea began to germinate in my mind,” recounts Arghya.

His four-year-old daughter was ready to start school around the same time. City schools had infrastructure to boast of, but lacked in ideas about what the modern world actually required. These institutions were disconnected from the real needs of education. So, Arghya set up his own – The Levelfield School – in a Tier-3 town in West Bengal, 200km from Kolkata.

The vision was to make it of stellar quality, and also to bridge the gap between the opportunity provided to rural children and their urban counterparts.

He set out with the goal to make children ready not just for exams, but for real life. It was not the blur of inconsequential facts that appealed to him, but the need to question why we study, what we study. His school wages a war against traditional rote learning. At Levelfield, the teaching methods ensure understanding so that students are not spoon-fed, but they learn to learn.

“In addition to creating a productive workforce, we can build the foundation of a kinder world if we teach our children to think rationally and read widely,” says Arghya.

While setting out to build skills in students, the school found limited readymade material in the market. So, the teachers began to create their own reading material for students. Instead of asking a student to reread one textbook many times, he is exposed to a wide range of books and stories. Some of the stories are conceptualised and written by the teachers, and some are rewritten versions of out-of-copyright children’s classics and folktales. They have developed a library of thinking-oriented sums as well, so that students can think over a new problem every day. Twelve learning apps have been launched on Google Play Store. Their graded-reading programme (Delta) and problem-solving programme (Delta Math) are browser-based software developed within the school.

The school receives four applications on an average for every available seat. So, to screen students, teachers check for parental involvement with their wards and the kind of conversation they hold with them.

The atmosphere is “ashramic” for the school replicates the traditional teacher-student ambience of love and respect. Relationships are not transactional here, but informal and respectful.

A typical day for middle school students starts with a morning meeting where students are encouraged to discuss and interpret news. Then, they spend some time on Twitter – their accounts are strictly monitored by the school. Here, they express opinions about their school and the world.

Next, students read fiction and non-fiction classics of world literature while working on English and Social Science materials on Delta. A discussion class ensures that there is no dearth of understanding.

Often, there are movie classes for Arghya believes that movies can be excellent teachers of qualities like empathy and leadership. Textbooks used less till ninth grade. Post ninth standard, there are routine subjects. The school is affiliated to the CIE board, which he feels, is a thinking-oriented board. Thus, studies during middle school years help preparation for board exams in the secondary years.

Arghya says, “We believe if students are taught to think and reason from a young age, then a lot of societal problems will be solved. To start with, our graduates will be far more employable. Our future citizens will be less prejudiced.”