From bits and bytes, techie-turned-home baker Linu is now into yummy bites 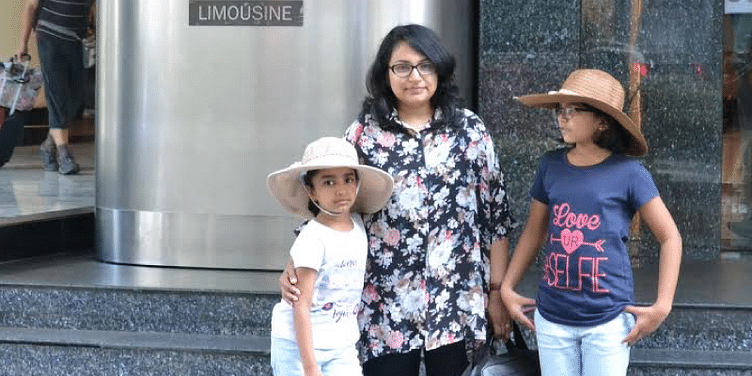 ‘No one is born a great cook, one learns by doing.’ This quote by the legendary Julia Child proved true for Linu Freddy’s #PassiontoPaycheck rise.

She had a B. Tech degree in Computer Science and was a programmer analyst with Cognizant Technology Solutions. She would have followed the usual techie career route had not Cupid struck. She married the man she loved and, with the birth of her daughter, switched to Human Resources so as spend more time with her baby. But when her second daughter came along, she found juggling motherhood and career increasingly difficult. After mulling over her dilemma, she decided to give up her career to be a stay-at-home mom.

While at home, Linu initially took on online writing, technical assignments and paralegal work. Simultaneously, she started experimenting with recipes in the kitchen. “I soon discovered that baking was my forte. Baking a new goodie every day became a routine. My family and neighbours became my testing ground and I eagerly awaited their feedback. It was my husband who saw the business potential and suggested that I try selling my bakes.” She created www.linuskitchen.com, a website chronicling her cooking and baking experiences. Once her girls started school, she had a lot of time on her hands. She attended a four-day elementary baking and icing course at Artisans Institute of Baking run by Lisa Isaac to make sure she got the basics right. And in 2012, she decided to become a full-time home baker.

“Initially I faced a lot of naysayers because a career as a home baker was practically unheard of those days. Many couldn’t fathom why a qualified engineer would choose baking as a career option. Even my mother was worried about my choice.” But Linu’s husband supported and believed in her, encouraging her to do whatever made her happy.

To prove to her family and friends that it was a sustainable career, Linu laboured for hours in the kitchen to perfect her bakes. “I work 8-12 hours a day, depending on the complexity of the orders on that particular day. Plus, being a work-from-home mom means that I have to schedule my work around my children's daily routine. It’s walking the tightrope, but I totally love it. People love my bakes because I do not use any preservatives, cake gels, corn syrups or emulsions. Each and every goodie on offer is freshly baked on order and decorated at home by me. I do not offer anything off the shelf. I insist on taking pre-orders for even samples for tasting.” Her punctiliousness paid off and soon through word got around about her scrumptious goodies. She gradually saw her business grow.

“Over the years, I’ve perfected the traditionally rich Christmas plum cake. Every year I sell 100 kilos. of my signature plum cake. Each is baked individually; hence the self- imposed limit of 100 kilos. Baking them individually is insane, but the perfectionist in me would not have it any other way.”

Made with a secret blend of spices and imported Californian prunes soaked in rum for 90 days, these dark, aromatic seductive cakes have travelled as far as Dubai, Melbourne, the US, and of course all over India like Jaipur, Pune, Delhi, Mumbai, Bengaluru and Kerala. “Last year, we even sent one to Port Blair!” This rich confection remains her hotcake item to date. Another hot seller is her customised birthday cake. Besides cakes, she also bakes rum balls, cinnamon rolls and banana bread.

Icing on the cake

Success has its downside too. “There are times when the work gets too much and I’ve contemplated quitting, but my husband’s encouragement and positive outlook keeps me going. It gives me immense pleasure to see the joy on a child’s face when he or she sees his/her birthday cake. And it’s icing on the cake when the kid insists year after year that the birthday cake should be baked only by Linu Aunty,” she laughs.

Being a perfectionist, Linu still bakes each and every cake with the same dedication as her first. Her principle of ‘no compromise on quality’ has helped her retain her customers and gain new ones. Having a commercial kitchen someday is on her wish list, but till then she has her husband and her daughters pitching in to help whenever she takes on huge orders.

Part of someone else’s celebrations

Linu recalls a recent incident when a woman, who had been ordering from her for years but whom she had never met, suddenly decided to drop in and express her gratitude. The warm hug they exchanged and the realisation that Linu had catered to every happy occasion in her family for the past four years is something she cannot put into words. “Being a part of the happy celebrations in people’s lives just puts you in a happy space. Choosing baking as my career was my best decision,” she says, though in future she sees herself doing a mix of baking, writing and travelling.

The movie, Julie and Julia, which tracked a young woman’s obsession with Julia Child, remains her inspiration. Julia Child’s passion for cooking and trying out new recipes, learning from mistakes, and above all having fun, stimulates Linu’s baking endeavours.

Another inspiration is Maya Angelou, who once said, “My mission in life is not merely to survive, but to thrive; and to do so with some passion, some compassion, some humour, and some style.”