How to make the right decisions 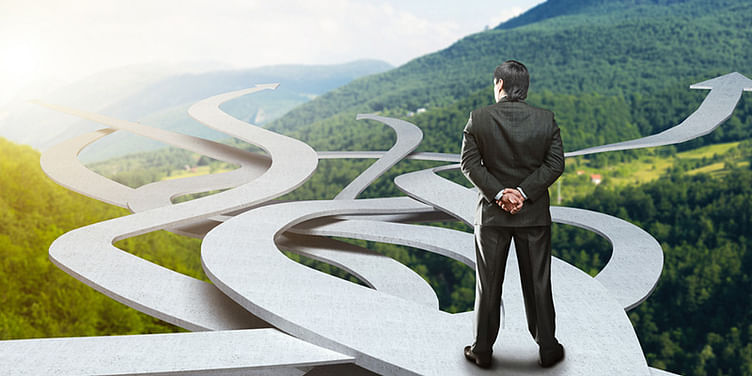 As a CEO, your biggest leverage is in decision making. In fact, once you cross the early stage of a company, the two most important (and frequent) things you end up doing are decision making, and communicating.

Given that the decisions you take can make or break your startup, how do you take the right decisions? Based on my learning over the last five years, I have realised there are three key attributes of decision-making:

Impact — How many lives will it touch, how long will it have an effect, and does it significantly impact the key metrics.

Complexity — Both in terms of gathering the data you need to make that decision, and once decided the effort that goes into execution.

Reversibility — If you end up taking the wrong decision, how easily can it be undone, if at all.

While you evaluate each decision against these three parameters, your ultimate goal is to optimise for the following two things

Yes, speed is that important. A wrong decision taken quickly is actually better than a right decision taken slowly. That’s because, theoretically, no decision is completely irreversible (other than altering life form). So, even if you take the wrong decision, you can reverse it quickly.

Conviction — If we keep the obvious situations aside where the right choice is obvious (like whether to jump in front of a speeding car), in most real-life situations, any decision can turn out to be right if executed with conviction. That’s because the correctness of a decision cannot be determined at the time it’s taken, but at the time it’s fully executed.

If you are in a role where you have to make a lot of decisions, as much as possible, delegate the low impact decisions. If you can’t delegate, then replace the decision-making with process. Define a process such that you don’t have to expend mental effort every time a repeated low impact decision is to be taken.

In the low-impact segment, let’s first look at decisions that fall in C category — these are low impact decisions which are complex and have low reversibility. A good example of this is — which house-keeping service to use for your office.

It has low reversibility because once on boarded, you will take at least six months before you figure out it’s not working out and then the selection process starts all over again. But this is a low-impact decision.

As much as possible, delegate low-impact, high-complexity, low-reversibility decisions. If you are not able to do that, then optimise the decision for velocity over anything else.

There are two other types of decisions in the low-impact section — high-reversibility, high-complexity and low-reversibility, low-complexity. For the former, reversibility is high so take a quick decision and reverse if you are wrong. For the latter, complexity is low so quickly gather the facts and based on that, choose the best available option.

My strong advice is — ‘Don’t reinvent the wheel’. If you can find out the best practices or if someone has already done this before, just follow in their footsteps. Remember these are low impact decisions, so the upside of taking an A+ decision will not justify the time wasted for it.

Though one should still optimise for velocity in high-impact decisions, I would not recommend rushing through them. Also, in many cases optimising for conviction can be more important than speed. Let’s look at various decisions that fall in this section.

However, an example is, what electives to choose in college. These are low complexity decisions because one can combine common wisdom with innate interests to identify a useful list of electives.

Where we generally go wrong in these decisions is to not think through them properly. For instance, students often miss out on good electives because they are too lazy to enroll for them early. The risk here is not that you will take a blatantly wrong decision, that’s unlikely as it’s a low complexity decision, but by not thinking through, one is highly susceptible to making a sub-optimal choice and missing out on a potentially large upside. The idea here is to optimise for the upside.

The second category is of decisions that fall in section B — high-impact, high-complexity but high-reversibility. An example of this is — you came across a customer who has an interesting use case but the product does not support it. If it works, there can be a lot of upside but you are not sure if it’s worth the time and effort (the complexity is not in taking the decision but executing it afterward).

In fact, in 9 out of 10 cases you will end up reversing the decision — shutting down the experimental product/feature. But it’s not about the nine wrong decisions, but about that one right decision that creates the high upside.

You also want to optimise a bit for conviction because you don’t want to end up in a situation where you are firing up experiments and shutting them down whimsically.

Another example of decisions that fall in section B is when there is complexity in taking the decision itself and not so much in execution. Let’s say you haven’t used PR as a marketing strategy and you want to try it out. It’s a reversible decision because you will typically start with an external PR agency and move it in-house only if it works — so if the agency doesn’t work, you can reverse your decision. Also, if the agency fails in demonstrating success, it’s likely that that the outcome will be no different if you try this in-house.

This decision is high-complexity because you not only have to identify and onboard the right PR agency, you also have to ensure that you have the right internal systems to leverage the agency work.

Of all the decisions that you will have to take, the toughest ones fall in section D — high-impact, high-complexity and low-reversibility. It’s not only going to take you time to take these decisions but once taken, it’s also difficult to reverse them. These are the kind of decisions where I would optimise for conviction over velocity. Because in the course of decision making, even though you will collect a lot of data, do a significant amount of research and take multiple opinions, in the end, you will have to do what you believe in. Decisions like buying a house, getting married or significantly changing the strategy of your company fall in this category.

You just can’t move fast on decisions like these and you rarely take these decisions in a point of time. The thoughts for such decisions are seeded in your head much before you consciously start thinking about them.

Once you make up your mind, comes the stage of research. You have to engage in extensive research — mining through your data, doing competitive research, going through third-party reports and public data and most of all, speaking to many people. The most important thing in such decisions is to have a fixed-desired-end-state-condition. What that means is that you have complete clarity on where you want to be and why, even though you may not know how or when.

With this north-star metric, this non-negotiable outcome you start mapping a) where you are today and b) what are the possible ways for you to be where you want to be.

Though it’s important to have a time limit on any decision, one should deliberately go slow on these. That’s because, not only will you have to do extensive research, but more importantly you have to build a rock-solid conviction about the decision you are going to take. As you go through the mind-map, day after day, discussion after discussion, slowly it becomes clear what decision you have to take. And gradually the decision will sink into you. This is a high impact decision that you most probably may not be able to reverse.

If you use the above Venn diagram to classify your decisions and optimise them for velocity and conviction, you will realise that in a large majority of situations it’s not so much the inherent complexity in decisions but the complexity that we create by not being objective and by over-thinking things.

Most of us tend to put high-impact decisions in the D section when they really belong to other sections. For example, people ask me how I was able to leave my high-paying job at Google and plunge into the uncertainty of a startup. Most will put this decision in high-impact, low-reversibility and high-complexity section. Though it is high-impact and maybe even high-complexity, it’s definitely not low-reversibility. If it doesn’t work out one can always go back to a corporate job. I have written about this in more detail here.

The whole point of the above matrix is to help you move decisions out from section D.

In addition to the above, there are a few other learning that I have had:

Great decision making cannot be learned theoretically, it can only be practiced. We often underestimate the role of the sub-conscious mind in our decision-making. The human instinct, the gut-feeling, that we have all found to be extremely useful in critical situations is not a mental skill that exists from birth, instead, it gets built over a period of time. It is the manifestation of continued learning of human mind.

The only way to hone our instinct is to put ourselves in a lot of decision-making situations, to consciously take the best possible decisions with information at hand without fretting too much about being wrong.

And though most of the times you are going to be wrong, as you are consciously thinking while taking a myriad of decisions, our sub-conscious mind is identifying patterns hidden in seemingly unrelated data-sets and hard-wiring them in our mind.

I have probably said this statement a couple of times in this post because I can’t stress enough on this. Most times, the decisions that we take have already been taken by someone else. It’s really common sense to go out there and seek folks who have done similar things in the past and learn from their success and failures.

What I have done to effectively seek counsel from other people is:

Reduce the number of decisions you make

This is not contrary to my first point. In the beginning, it’s all about putting yourself in as many situations as possible and taking more decisions. But over a period of time, your value is not in taking a lot of decisions but taking as few decisions as possible. As you create a system where you try and reduce the number of decisions you take, the following happens:

Decision making is more of a science and less of art. You rigorously collect data, take a lot of decisions, document your decisions and learn from your mistakes.