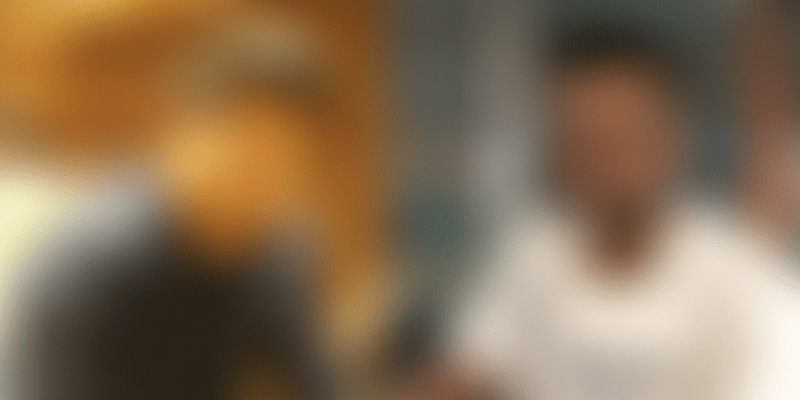 Gegadyne Energy is working on a high-performance energy system that revolutionises energy density, and will be able to charge in seconds and ensure that the device works for hours.

The problem it solves: Developing a more efficient battery

It all started two years back when Jubin Varghese and Ameya Gadiwan first met during their first year engineering course at NMIMS University, Mumbai.

“We had opted for a relatively new stream in engineering called mechatronics. While our entire batch was busy preparing for the first semester-end exam, I and Ameya were busy finding the right idea for our final year project, for which we still had X more years to go. I was always fascinated by cars and my sole purpose of taking up engineering was to build my own vehicle. Ameya, on the other hand, was a pure tech head. That's when I pitched to Ameya the idea of building an electric vehicle for our final year project. This was way back in 2014. It took me good three months to convince Ameya to get on board to build the vehicle since he was more inclined to do something in robotics, which was relevant to our field of engineering,” shares Jubin on how the idea for Gegadyne Energy came about.

Fast forward to March 2015 when the duo started scouting for spares and visiting various junkyards to build their own electric vehicle. They did manage to build their own EV within the next three months, while attending college, but that's when they hit a roadblock. The batteries required to power this vehicle cost at least three times more than the entire cost they incurred to build the EV. The only options available in the market even after paying this premium were lead-acid batteries, which were relatively cheaper, but bulkier and took a lot of time to charge. Lithium-ion batteries, on the other hand, charge relatively faster, but they were too expensive and had the risk of blowing up if overcharged.

“This was the point when we realised that an alternate remedy to this issue needed to be found. We dropped out of our college the same year and began our research to find the next best battery tech for future EVs,” Jubin adds.

“We landed upon Supercapacitor since it already solved the major issue in the battery world, meaning quick charging. But like everything has a drawback, the Supercapacitors lacked energy density. We have tackled this issue by using our proprietary materials along with graphene, which overall increases the energy density of the Supercapacitor. Not only does our battery have high energy density, it also has a very low self-discharge rate. This means that our battery can charge faster, but unlike other Supercapacitors this battery can also hold this charge for a very long period of time making it ideal for use in EV, energy storage and other electronic devices,” he adds.

Currently Gegadyne Energy’s product is in the prototype stage. They have a battery pack that can charge from 0 to 100 percent in under 180 seconds. This battery could be used as direct replacement for lithium-ion battery, lead acid battery, or any other rechargeable battery currently available across all applications.

The founders aim to commercially launch the battery within the next 24 months. The start was bootstrapped for the past two years and secured an undisclosed angel round from Mumbai Angels Network last month.

“We want our Supercapacitor batteries to be the direct competitors to the existing lithium battery. We are in advanced stage of talks with OEMs for direct integration of our battery packs into their existing product line,” Jubin adds.