Following in her husband's footsteps, this woman built an empire of traditional rice varieties 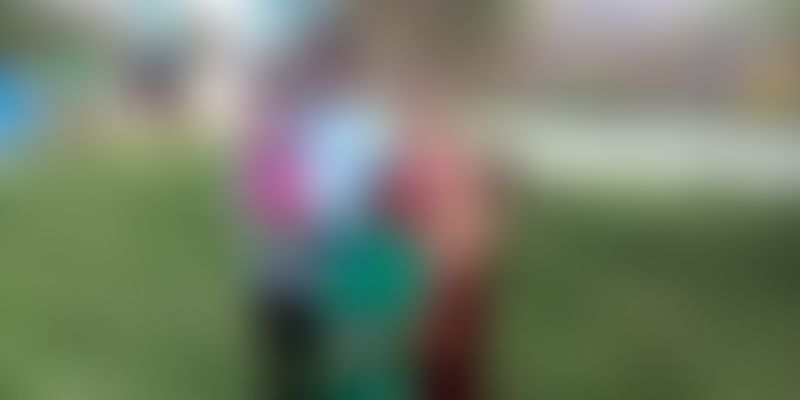 Menaka and Thilagarajan entered an inter caste marriage and challenged the existing social structure, much to the disapproval of their families. So, the couple had no support from their parents. This did not bother them as they had successful careers and well-paying jobs.

This changed after the birth of their first child, as Thilagarajan quit his job and started travelling across India in search of and reviving traditional rice varieties. Though Menaka was against it initially, she overcame her inhibitions and started helping him. What's more, after her husband's death, Menaka is taking forward his legacy by creating awareness about traditional rice varieties and running a rice store. Talking about what made Thilagarajan embark on his mission, Menaka said,

When our son was born, he (Thilagarajan) was determined on feeding healthy food to the child and he started researching on it. He met agriculture scientist Nammazhvar in a rice fair he was visiting and that is when his interest in organic farming was piqued. Immediately, he quit his job and started travelling in search of varieties of rice.

Until a few centuries back, there were more than 1,50,000 traditional rice varieties in India, rich in nutrition. Majority of those have been forgotten over time, with only a few hundred remaining, most of which are scarcely heard of.

Thilagarajan met a lot of farmers in his travel and encouraged them to market the scarcely available traditional varieties of rice. At the same time, he also opened a small-scale store in Chennai to sell the varieties of rice he could find. Though Menaka was initially skeptical and angry, she came around to supporting him after personally experiencing the health benefits of these rice varieties. Talking about the difficulties they faced in the initial stages, she said,

It takes a lot of time to cook most of these traditional rice varieties and it also tastes very different from the taste that we are used to. So, the challenge before us was to ensure people loved how it tasted and it took less time to cook, all the while retaining its nutritional values.

Once the couple figured out how to do that, their store became an instant success. After some time, Menaka also quit her job and joined her husband in running the shop. Last year, Thilagarajan passed away after meeting with an accident. Determined not to let that tragedy stop her, she now sells more than 100 varieties of rice through organic shops. Recently, she received an international award 'Assist World Records' for her contributions to spreading the word on and consumption of traditional rice varieties.

These daughters of alcoholics are transforming their village, one issue at a time