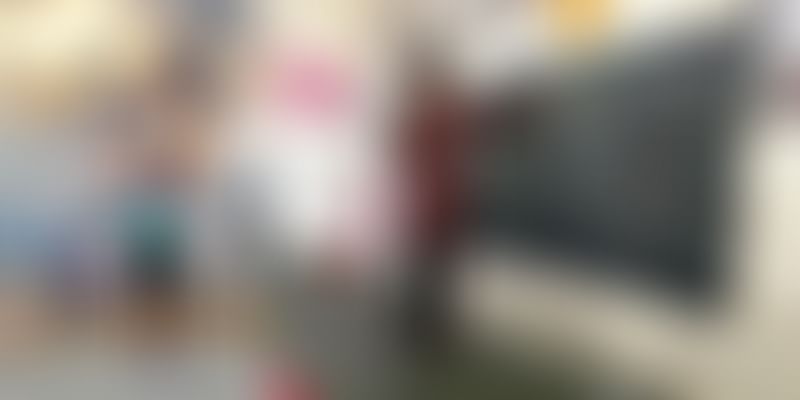 Srini Swaminathan has completed 10 marathons and is committed to completing 2,000 km of cycling in order to raise funds for children who are unable to attend a formal school.

From when he was a small boy, Srini Swaminathan learnt the importance of education and the effect it has throughout one’s life. Much so because he was born into a poor community in rural Coimbatore, and his mother instilled in him the crucial need to work hard to pull his family out of poverty. “I stood first in my Class XII exams, which helped me get a Tami Nnadu government scholarship to study in college. Without this, I wouldn’t have been able to go to BITS, Pilani and complete my undergraduation in Electrical and Electronics Engineering,” the 38-year-old says.

After completing college, Srini initially worked as an oilfield engineer and later as a service quality manager for nine years. During these years, he started helping children from low-income communities go to school by making donations, and later by volunteering whenever possible. However, his desire to do more kept growing and, in 2009, he decided to plunge full time into the social sector by joining the Teach For India Fellowship, where he became a full-time teacher in Dharavi, Mumbai for two years.

Running and cycling for a passion

Around this time, Srini, who suffers from asthma, started running and cycling long distances to challenge himself to overcome the condition and also to raise funds for his classroom resources in Dharavi Municipal School. Since 2010, he has set up many fundraising campaigns, raising close to Rs 10 lakh in total for various causes. Thus far, he has completed 26 full marathons (42km), one 200-km self-supported ultra-marathon, several 100/200km cycling events and one 4,300-km cycling event from Kashmir to Kanyakumari over 33 days in 2016.

According to Srini, committing to and completing such superhuman efforts also helps give a boost to the amplification of the cause and highlights the good work various organisations are doing in the field.

After a few years of working at TFI, Srini wanted to explore other organisations that are working in the areas of education, energy access, women and livelihood.

He soon came across Barefoot College, which works in various areas that address rural poverty. Srini then began volunteering with the organisation in 2015, taking part in its initiatives of solar training, education and technology integration. “Through its ground partner NGOs in various states of India, Barefoot College supports various night schools for children who do not go to any formal school,” says Srini.

The children who attend the night schools are taught a curriculum that’s a mix of what has been developed in-house by the Barefoot education team, and also the State curriculum, with a focus on strong local stories and knowledge.

The kids attending the night schools are not just tribal kids, shares Srini. “They come from various diverse communities that are the poorest of the poor and very marginalised due to various reasons. Since the children do not go to any formal school in the daytime, as they assist or work with their parents in the fields or take care of cattle, the only time they get to learn a structured curriculum suited to the local context is after sunset when they come to the solar-powered night schools,” he explains.

The Barefoot College sets up the solar infrastructure of these night schools and pays teacher salaries. The ground partner NGOs and college education team also track the growth of the children attending the night schools and try to get them to move on to State-run schools wherever possible. If there is any financial requirement to switch to a formal schooling system, it is supported through scholarships.

The night schools are run in available community spaces, be it an anganwadi centre or the corridors of a school or community building or something specifically built for this purpose says Srini. Teachers for the night schools are hired from local communities and then trained regularly by the teacher training team from Barefoot College.

A campaign to light up lives

The night schools are supported by the Barefoot College with funds from donors. Unfortunately, that has not been enough to support the teachers’ salaries and training costs, education resources, solar electrification, digital resources and infrastructural costs in recent times.

Being part of the night schools and witnessing the conditions, Srini decided to commit to running five full and five half-marathons and 2,000km of cycling in order to raise funds for six night schools. Having completed all marathons over the months of January and February, Srini is all set to complete 2,000km of cycling in the next two months. He has also launched a campaign to help assist in raising funds.

“Right now, there are eight night schools functioning across five communities in Rajasthan. They serve approximately 250 children. Through my campaign, we aim to get basic infrastructure, teaching resources and some digital resources to the six night schools out of the eight,” explains Srini.

Every night school requires over Rs 140,000 a year to support the education of 40 children, teacher salaries, study resources, for the construction of a pukka building, solar paneling and lights, provision of water, basic furniture and mats. For six schools, the campaign aims to raise Rs 8.6 lakh.

With an effort to develop a breakthrough approach to address the issue of access to education, Barefoot College, which started solar-powered night schools in remote off-grid rural communities in 1974, has educated over 75,000 children, 65 percent of whom are girls.

Through his online and offline campaign, Srini wants to keep this model that has showcased exemplary results in terms of educating the underprivileged and integrating them into mainstream education going.