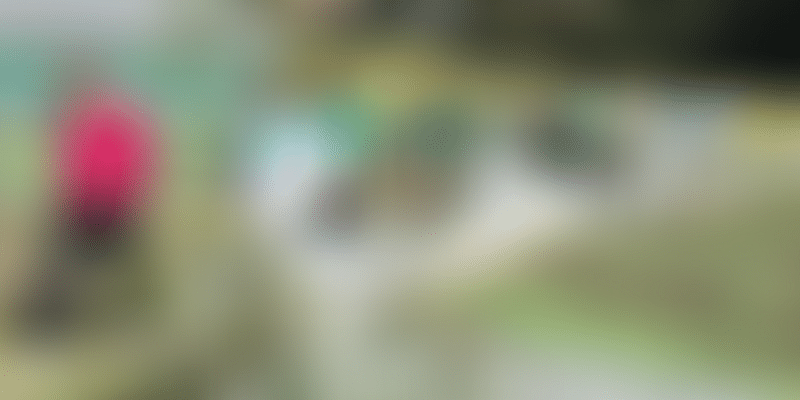 At a time when the startup ecosystem is dominated by 20 somethings, an 81-year-old started up to pioneer super-crop cultivation in India.

“I have been a board member of the National Horticulture Board, Ministry of Agriculture between 2002 and 2005. In 2014, after attending a workshop of farmers at Dharvard, it occurred to me that a farmer producer company can be a vehicle to promote farmers interest in all areas,” says TV Gopinath, who has an experience of over over 55 years in industrial and consumer marketing.

Gopinath co-founded the organisation in 2015 with Kurubur Shantakumar, President of All India Sugarcane Growers Association. Within the first year the company gained a surplus of Rs 38,000. Today, the company has 526 farmers as shareholders from eight districts of Karnataka, and over 1,500 farmers are connected with the organisation through its six branch offices.

At a time when farmers are struggling for direct market linkages, and poor pricing of produce is hurting the income of the agrarian community, this Karnataka-based startup’s initiative to secure farmers’ financial needs comes as a relief.

By providing direct market linkage and following the business-to-business model, the organisation is ensuring that the farmers get an increased rate per kilogram in comparison to the market rates.

“We fixed minimum prices for six vegetables at Rs 6 per kilogram. We have bought these vegetable from farmers at the same rate when the prices in the market were only Rs 2. Farmers are ensured of a certain return on vegetables cultivated by them because Raitha Mitra has agreed to buy it at the fixed price. Otherwise, when prices are higher, we buy at the market price without any commission or any other charges being levied by the middleman. There is a minimum increase in the farmers’ income, about 15 percent,” Gopinath explains.

Raitha Mitra is providing a sustainable business model for farmers by connecting with marketing organisations who buy chia seeds in bulk.

Citing an example about the organisation’s commitment to the farmers, Gopinath says that Raitha Mitra brought chia seeds even before they could get a single corporate order against 50 percent initial payment to the farmer.

During their routine market research Raitha Mitra realised that the Kerala government bought vegetables from other states through middlemen. The team immediately connected with them and, since 2017, the startup supplies vegetables to the government at the “lowest price they ever had.”

“Once having got the order from the government, we started engaging with specific farmers to cultivate the specific produce required by Kerala and have organised a group of 220 farmers exclusively for vegetable cultivation,” Gopinath adds.

Today, fresh vegetables are dispatched daily from Mysuru to Thiruvananthapuram.

Their other current retail partners include SaiYum Foods, Delhi, Sikkim Supreme, a brand of the Sikkim State government, and sCooLMeal, an upcoming startup. Raitha Mitra also plans to have its own retail brand shortly.

“Subsequently, in 2015, the total produce from my farm was shared for commercial cultivation under the Raitha Mitra umbrella,” Gopinath recalls.

The organisation aims to enter the India wholesale and retail markets with its own brand focussing on chia and its advantages to young and old. Through its startup it hopes to make the farmers self-reliant, helping them transform into a group of successful entrepreneurs.

Initially, the company engaged in the supply and sale of fertilisers, which they purchased directly from manufacturers at a price less than the MRP. Slowly the startup extended their reach and enabled 300 marginal farmers to produce premium quality of chia seeds. Raitha Mitra also became the one-point-contact for the sales.

“This was done to ensure that the benefit of the company is divided among the farmers equally and not cornered by a few. The total shareholding as of now is about Rs 25 lakh,” Gopinath explains.

Raising capital and finance for the company was the primary challenge faced by the co-founders. Given their vast experience of work, the State Bank of India gave Raitha Mitra a credit of Rs 10 lakh against the personal guarantee of the founders.

Gopinath says that growing chia was the easier part since it can do with natural fertiliser and needs no pesticides. Raitha Mitra deals with both organically and naturally grown chia.

The organisation maintains a systematic log of the farms where chia is produced. CFTRI has helped Raitha Mitra set up a scientific pre-harvest and post-harvest management system where the chia seeds are cleaned and checked for quality assessment. The team is currently exploring IT solutions to enhance their produce as well.

Prof Rajasekharan, Director of CSIR says, “There is a nutrition transition in India, consequent to which there is an increase in the incidence of lifestyle-related diseases. Both urban and rural malnutrition continues to remain a problem in our nation. Superfoods (known for their high nutrition value) are one of the solutions to address both conditions.”

Chia is the richest source of Omega-3 fats from a plant source and is also known to be a storehouse of good quality proteins. Nutritionists advise individuals to take up to 15 grams of chia daily.

CFTRI and Raitha Mitra received an “excellent response” from the farmer community when they approached them. Although many farmers grew chia already in their farms, it was Raitha Mitra that took the initiative to bring about a collective production with systematic processes in place.

Gopinath believes that super-crop production is the way forward for India to grow from being a producer of standard sustenance crops to an advanced nutrition produce nation. “Also, with an excellent market reach, cultivation of chia seeds is proving to become a great source of earning to farmers,” he adds.

Raitha Mitra plans to expand the market for chia and engage in advanced technologies for traceability and comprehensive quality assurance from farm to fork.

Gopinath concludes, “Our commitment is national wellness through a plant-based Omega-3 revolution. Farmers, unlike other industry players, do not see other farmers as competitors; to us we are a collective family collaborating for a better India."