How can we ensure the rapid spread of technology among the poor? 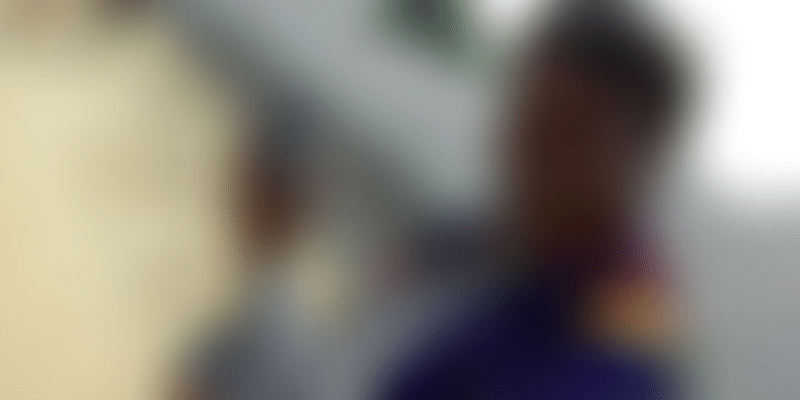 The remarkable spread of mobile phones and related telecom infrastructure across India holds important lessons on how to take the latest technology to the rural poor at a fast clip, and how unit costs can be optimised.

I’ve attempted to address two questions in this piece as a continuation of my earlier article on the subject on technology and the poor (See: What technology does the poor need?). The first is the importance of divisibility of technology. The second is the ‘Parable of the Towers’ and how it changes the economics for suppliers and buyers. Let me start with the second.

The parable of the towers is drawn from the huge, and at one point absolutely unimaginable, scale at which telecommunication has spread in India. The story runs like this. Those of us who have lived through the decades prior to the nineties know the terrible conditions of telecommunications prevailing at that time.

When I got married in 1983, we used to have huge problems communicating with our parents. We did not have a telephone at home. So we had to go to telegraph office (did you even know that such a thing existed?) and book what was called a long-distance call. Some operator would establish the connection when it was your turn after you got through the long queue and you got your allotted three minutes. If you wished to speak longer, you had to shell out more money.

I remember one of my colleagues telling me that after he got engaged, in the first month he spent twice his salary paying for the calls to his fiancée, and also wasted long hours waiting at the telegraph office!

How did this change? Of course, mobile phones appeared in the mid and late nineties, removing the first constraint. Anyone who could afford to speak at Rs 16 per minute plus the long-distance charges could talk on mobile phones. But the tele-density (number of telephone connections per 1,000 people) remained in two digits.

To reach telephony in rural areas, the government was offering a subsidy per connection. But the trouble was in setting up infrastructure of telecom towers, not knowing how many connections would be required if the towers were erected. So the spread was low. Then somewhere around 2004 the government changed the way subsidy was offered. Instead of per connection, the same amount was made available if they erected towers provided multiple service providers shared those.

The result? Many more towers came up, and with that - and prices coming down – there was a huge spurt in new connections. Now we have a situation where we have may be 1 billion connections covering almost every nook and corner of the country and reaching most people. A simple trick of changing the way the subsidy was given was among the principal contributory factors. Other parts of the whole technological environment were more or less the same, but the results were very different.

The dominant mode of promoting technology in rural areas remains offering subsidy to each user. The subsidy is offered as a proportion of the unit cost. If I want to install a solar system, I need X amount for it and of that X, say 50 percent or 60 percent is available to me as a subsidy.

There are four issues with this mode. First, each person who wants this makes a beeline to the concerned department.

Given our enviable record on the fidelity of administration, a lot of rent seeking happens in the process.

Secondly, while the supplier industry will pretend to be pious, everyone recognises that product subsidy creates scope for inflating the price of the gadget.

So an item, whose price is, for instance, Rs 100, is now priced at Rs 150 and the government subsidy of Rs 75 (at say 50 percent is used to meet purposes other than promotion of the gadget.

Thirdly, there is this issue of routing and timing of the subsidy. In drip irrigation, for a long time the dealer of the systems organised marketing efforts, documentation etc., and the user only had to pay his share. The dealer ensured that the subsidy was released to him. But the new routing of direct benefit transfer, where the subsidy is transferred directly to the bank account of the beneficiary, now releases the money to the buyer after he makes full payment.

The subsidy is no longer released to the dealer. The buyer, in turn, may never have the money to pay to start with, and if he takes credit from the dealer, the dealer has no security since he will now chase the buyer for the balance amount after the direct transfer happens. This kills his incentive completely and he has now ceased to make efforts for selling, reducing the speed of spread.

Finally, per-piece subsidy does not encourage the possibility of sharing common costs across the range of suppliers the way towers did. Hence, wherever the market creation fixed costs are large, the pace remains low. So the question is in how many different situations and technology applications are such towers available? The tower here represents the essential infrastructure element that expands reach and thus reduces effective per-unit cost.

The issue of divisibility is much simpler. Usually, no gadget is required 24X7 by any user. So, multiple users can use a gadget. In some cases, we see this happening via either informal sharing or via formal contracts.

People rent tractors for ploughing. Irrigation pumps are borrowed and shared. Farm implements and even bullocks are rented and used by many people while they are owned by only one of them.

How does one promote divisibility of technology? What is involved in making it divisible? To my mind, there are three issues — transportability, security, and user knowledge - involved in making something divisible. Clearly, if a gadget is too heavy and bulky, then it cannot be taken from one place to another easily and divisibility is discouraged.

If the use of the gadgets involves unwanted sharing of important personal information (as in a smartphone or a laptop), then again people may not want to share the gadget. And of course, if the number of people aware of and desirous of using the technology is small, the mere potential of divisibility is not enough.

It would be good if technology developers, promoters, and sellers as well as the government looked seriously at the issue of making technology divisible and of collectively creating towers for better spread of technology within the same budget.