Will the Techragette movement be the next world-changer? 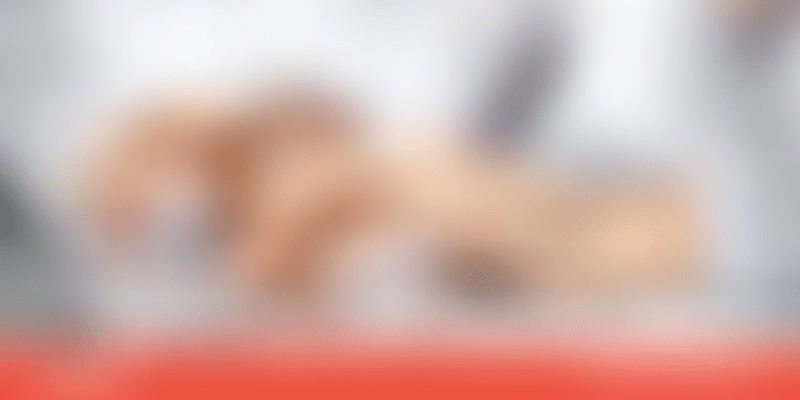 The Techragettes, or the revolutionary women of technology, are breaking societal norms, shattering workforce traditions, and becoming the new icons for millions of ambitious dreamers around the world.

If you have lived through the 60s, 70s, 80s, and 90s, as a woman you will know that there could have been no more exhilarating moment in history as you are experiencing now! What the suffragettes began in 1900s as a strong outcry against subservience has taken enormous proportions over the decades, in particular the last one. The difference? Now it’s not through revolt but through bold, determined actions that pierce through the unchallenged domains of male authority.

The March on Washington in 1963 and January 2017 had underlying similarities of freedom, with the latter bringing a strong focus on women’s rights and issues, bolstered further because of technology. The emergence of the Techragettes, or the revolutionary women of technology, is ushering in a breed of women who are breaking societal norms, shattering workforce traditions, and becoming the new icons for millions of ambitious dreamers around the world.

I define Techragettes as women who have disrupted industries through their ideas, become financially independent through their entrepreneurship, or even given themselves and many women around them a better life by adopting technology to raise their voices and be heard.

Technology has been an immensely powerful catalyst of this new movement. An open-source voice and amplifier of change, bringing it to fruition faster than nay-sayers may want it. Women are no longer fighting for voting rights alone (yes, believe it or not, some worlds still haven't even reached there!) but are now forging ahead, and creating new grounds where they set the rules. The traditional sectors have failed in consciously creating a strong pool of women leaders to take over the torch from the few who made it to the top. Technology, the great equaliser, has made it possible for women to dream big and challenge their own limitations - both individual and societal. With access to information, opportunities and a whole eco-system that empowers it, entrepreneurship has become a reality at micro levels. The result? Women are experimenting with their ideas and building many of these to scale.

Up until a decade ago, the world raised sceptic brows to women leaders in industries such as consumer products, media and communication, finance and others. Shocking still that only 27 percent of women in India are in the workforce - the lowest amongst BRICS countries. “Rising income levels and stability in families are disincentivising women from joining the labour force, according to Reassessing Patterns of Female Labor Force Participation in India, a March 2017 report by the World Bank.

Hopes are rising once again. Easier access to world markets and micro infrastructure is providing a quick way to monetise ideas, even if small. Furthermore, the Techragettes are creating mutually supporting powerful communities and making change inevitable.

Women no longer need to lean on others to validate their ideas. There are ample stories of women who started with a small idea that avalanched to disrupt industries, either on their own or even teaming up with other women, forcing investors to look their way.

Be it Ankiti Bose’s Zilingo, a marketplace that has changed the fortunes of many small sellers, or the amazing duo Steph Korey and Jen Rubio, who created Away, selling direct-to-consumer polycarbonate suitcases with battery packs, Techragettes are shifting their focus from competing in a male-dominated society to co-creating a new society that transcends inequalities.

Here, I can unabashedly say that the West is paving the way for the East to embrace this change without fear of stigma and shame. Even today, in many parts of India, a woman's success continues to be perceived as a humiliation to a man’s existence. But then, even still in some areas, the mere use of a mobile phone is a punishable taboo.

The Techragettes must commune to bring gender balance in unequal geographies along with changes in industry. In areas of technology academics and skills development too, encouraging and mentoring girls to complete their education and grow to successfully take on the competitive world with elan must be on the agenda. "Girls in Tech" is an interesting initiative in this, organising conferences around the world for women to pitch ideas, hackathons to build them, and bootcamps to learn the skills required to enter the tech sector.

Much may have changed, but gender inequality continues to ail technology.

A new realisation that is dawning on many is that power lies where there is money on the table, encouraging women to seek external investments and also provide the same. The likes of Deborah A. Farrington or our own Padmaja Ruparel have become names in investment to reckon with. Young women like Dr Arti Gupta from Kanpur and Ankita Vashishtha from Bengaluru are placing important milestones in this change.

According to Crunchbase, in 2016 companies with at least one female founder raised 19 percent of all seed rounds and 14 percent of early-stage ventures. The stats look poor but, the investment ecosystem is building its fast frontiers steadily.

You would think it’s become a fairer world on equal pay. Far from that. Even in the US, a country that prides itself on equality or at least its intent, there seems to be only one town where women in tech are getting equal pay — Kansas City, Missouri, where women who work in the tech industry are reported to out-earn their male counterparts, as per a recent report.

Simultaneously, the long-dogged ugly underbelly of technology and investment-based powerhouses is violently getting exposed…by the Techragettes. What is heartening to see is that India is shattering the shame barrier and issues such as sexual harassment are strongly addressed rather than deflected/buried for fear of disrepute to the woman. The Techragettes are steadily breaking barriers. They aren't just crushing industry fences but also their own mental walls that have so long held them back. Niniane Wang’s dare on Justin Caldberg shook up the industry and intensified the challenge slapped by Susan Fowler exposing Uber’s sexual harassment issues. Techragettes around the world are rallying through #Metoo to gather momentum and make this world a more even place for those who want to shine. Gender unbiased.

Caught between rising incomes, continuing taboos and poor support systems, there is a steady rise of women asserting themselves, through voices on equal rights, equal pay and equal respect.

In the eyes of technology all seem equal. Is it really? Or maybe, the Techragettes will tilt that equation soon!