[Women in Tech] As VP of Engineering, Sonia Parandekar sets the pace for tech initiatives at Urban Ladder 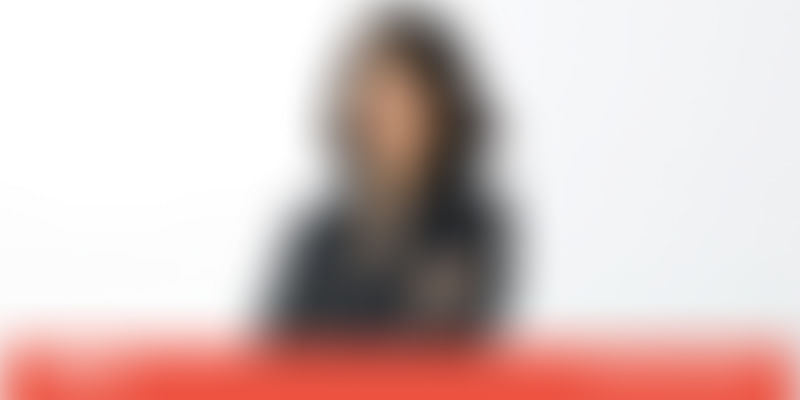 Sonia Parandekar’s aim is to drive all of engineering at Urban Ladder, including urbanladder.com, Android and iOS apps, omnichannel workflows, warehouse management and supply chain systems as well as AR/VR solutions.

As Vice President of Engineering at Urban Ladder, Sonia Parandekar is a one-woman army leading the technology wing in the organisation. As a woman leader in the technology vertical, she is breaking barriers, taken the road less travelled, found success in a male-dominated organisation, and helping the brand feature some really cool applications like AR-VR present at their flagship store.

In a conversation with HerStory, Sonia speaks about her journey, what she envisages in her role at Urban Ladder, women in tech and how technology has been an enabler.

HerStory: Can you tell us a little about yourself and your education?

Sonia Parandekar: I completed my engineering in COPE Pune and MS at the University of Washington in Seattle. I have been working for the last 15 years, in companies across the US and India, in MNCs and startups, in pure tech as well as e-commerce companies.

HS: How did you start off?

SP: I always wanted to be an engineer. An internship in Microsoft is a default next step during MS for many students at U.W in Seattle due to the geographical proximity to the main Microsoft campus. I had a fantastic time during my internship there and was very happy and excited to start off my career with Microsoft.

HS: What prompted you to join Urban Ladder? Was it the role that interested you?

SP: I was looking to move back to India from the US. I was working with Groupon at that point and absolutely loving both the startup culture and working in e-commerce, and was looking for something similar in the Indian context. Urban Ladder fit the bill perfectly from that point of view.

HS: What do you bring to your role at Urban Ladder?

SP: I am responsible for all of engineering at Urban Ladder including urbanladder.com, our Android and iOS apps, our omni-channel workflows, our warehouse management and supply chain systems as well as AR/VR solutions.

Being a lean organisation of world-class engineers, our aim is to constantly push the envelope on technology as well as processes to have a disproportionate outcome on the business. My goal has been to build a strong ecosystem for engineers to thrive as well as maximise their impact. From internal tech talks and design discussions to regular tech demos, providing side projects and stretch goals for individuals, and hackathons - we have several initiatives in place to meet that goal.

HS: Are women in tech still a rare breed? What are your thoughts on this?

SP: In the Indian e-commerce ecosystem, I would not say they are a rare breed but we still don’t see a 50:50 representation. I would love to see that happen.

HS: How has technology been an enabler at Urban Ladder?

SP: Along with physical product and exceptional service, tech provides a core third pillar that drives Urban Ladder. There are instances such as our client platforms (website and apps), omnichannel and retail operations and warehouse management and automation where it is an enabler. However, in each of these, there are several initiatives and opportunities where it has also been a driver - these include personalisation flows, AR/VR solutions that we have in our stores, promise engines for supply chain excellence etc.

HS: As a woman in tech, have you faced the glass ceiling?

SP: I believe I have not faced the glass ceiling. Throughout my career, I have always been gender-agnostic in all my professional interactions and have taken for granted that the same will be extended to me. I have also been very fortunate to have worked in places (Microsoft, Groupon, Urban Ladder) that have been extremely focused on building an equal-opportunity workplace. While I participated in several diversity-related initiatives in Microsoft (their annual women’s conference comes to mind, which was fantastic), in Groupon and at Urban Ladder I have had an opportunity to be part of the teams that drove these initiatives. I believe being actively involved in such initiatives also gives one a sense of empowerment.

HS: Why, according to you, are there still very few women at the top?

SP: I believe there may be certain biases in certain circles/industries around this. At least in India, we are seeing a lot more women in tech in the last 10 years and hopefully we will see more and more of them getting into CXO roles in the years to come. It is disheartening and a concern that the number of women entering STEM courses has been declining in the West, especially in the US and Europe.

HS: How have you introduced AR-VR and what are the advantages?

SP: AR/VR have a huge potential in our vertical. There are definitely some challenges in making them mass market or successful in B2C space due to the hardware requirements, learning curve etc. We have been able to successfully circumvent both these by deploying our AR/VR solutions in our physical experience centres where our trained design consultants provided a guided experience. It is but a question of time before these technologies become mainstream and much more accessible. We are incredibly excited to be riding the wave.

HS: What are the women-centric policies followed in your organisation?

SP: In our tech team, for example, we are doing significantly better than any Valley startup in terms of the gender ratio of women to men. On the functional leadership front, we have women spearheading many critical functions such as marketing, engineering, customer service, legal, brand, PR, interior and decor design, and many such verticals. Our overall gender ratio is healthy at the moment but there’s always room for improvement. The overall impact is on multiple fronts - we are more cognisant of what it takes to groom women leaders, what the inhibitions are, and both inspire and educate folks across the organisation and outside.

We are very conscious of doing regular Prevention of Sexual Harassment (POSH) and gender sensitivity training for our employees. Our POSH policy is gender neutral and the founders and leadership meet regularly to find ways of making the workplace safer for both women and men. We also keep things very transparent and have open discussions in the workplace especially with the leadership team so that they can set some goals around gender sensitisation within their teams. In these training, we discuss all sorts of issues that women and men face in the organisation.

We only look at the qualification and professional strength of the candidate to make our recruitment decisions. That being said, we are mindful of the gender ratio at Urban Ladder. We also try to understand what prevents female candidates from taking up certain roles and then figure out how to remove inhibitions and barriers to solve it structurally rather than just having a female candidate pool. We’re an egalitarian organisation with strong feminist values. We recruit for substance and not symbolism.

HS: Who are your biggest inspirations?