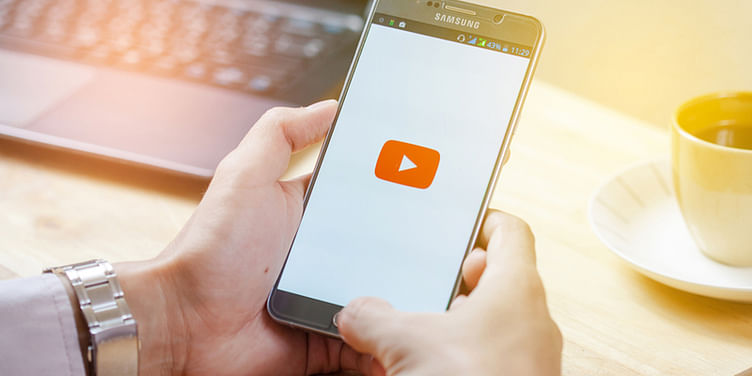 YouTube has completed 10 years in India, which is now its fastest-growing market globally. Indians, it says, are more engaged video viewers than the rest of the world.

That YouTube is popular in India is no secret. In the 10 years of its existence here, the Google-owned video platform has penetrated 80 percent of India’s internet universe. It has 225 million monthly active users (MAUs) on mobile phones alone, Google revealed at its flagship Brandcast 2018 event to mark YouTube’s tenth anniversary in India.

YouTube is the gold standard for online video discovery and viewing, more so in India, where free services enjoy far quicker adoption than paid ones.

In the last two years, YouTube India’s sharp growth has been led by highly affordable mobile internet plans, courtesy telecom disruptor Reliance Jio. Jio’s ubiquity has led to the explosion of online video consumption not only on YouTube, which has seen India viewership grow 1.8X, but other platforms too.

According to ComScore’s Video Metrix Multi-Platform (December 2017), YouTube reaches 85 percent of all highly engaged internet users (18-plus years) in India who watch a video within 48 hours of it going live.

“In the last few years, India has emerged as an incredibly dynamic content and user market for YouTube. We now have more than 300 channels with over a million subscribers, from just 16 channels in 2014. We will continue to invest in programmes to support creators, and encourage more diversity and distribution of their content.”

Google further said India is a more engaged market compared with the rest of the world, where more than 65 percent of the viewers subscribe to channels, and 7 out of 10 viewers watch ads with the audio turned on. Interestingly, close to 60 percent of the viewership is clocked by non-metros, and almost 90 percent of all video consumption happens in local languages.

In 2017, YouTube India said that regional viewership had tripled in the past two years, with Hindi, Telugu, Tamil, Kannada and Malayalam witnessing “massive growth” in watch time. As a result, regional language content creators are on the rise too.

“YouTube has become a powerful platform for users, content creators and advertisers alike. Huge variety of premium content combined with the growing base and popularity of our creator community – truly differentiates YouTube from all other platforms.”

That Google is serious about India was underscored when it rolled out YouTube Go, a lightweight, data-friendly version of the YouTube app, in India before launching it in other markets.

YouTube Go allows users to stream and download videos at multiple resolutions depending on their internet speed and device storage. It prioritises offline viewing over online streaming and is tailored for regions with poor connectivity. It also lets users preview a video before downloading.

YouTube Go, which was released in April 2017, was the first of many offerings Google had for India’s “next billion users”. The tech giant has created several India-first products, including Android Go (a watered down version of Android Oreo for entry-level smartphones) and Google Go (a lightweight version of the Google search app), Files Go (suite of pre-installed Google apps for low-storage devices), and more.

Google’s Anandan had said at the launch of YouTube Go:

“We have over 900 million Indians who aren't connected to Internet. Our mission is connectivity for every Indian. We'll stay focused until every single Indian is connected.”

Meanwhile, industry body FICCI estimates that there would be 500 million online video viewers in India by 2020. By its own admission at Brandcast 2018, YouTube is just “getting started”.