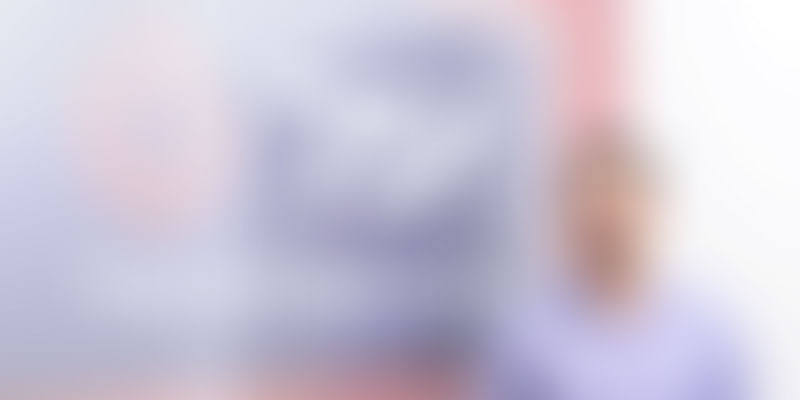 Where it is located: Minnesota/Bengaluru

Problem it solves: Uses the Internet of Things and cloud computing to predict, analyse, monitor, and control your building's hot and cold spots before they occur.

North America can get very cold in winter and Burnsville in Minnesota is no exception. Temperatures drop rapidly and can bring on a sudden snow storm. Deepinder Singh realised the importance of ambient temperature in 2012 when the biting cold would invariably wake up his baby girl, and lead to many a sleepless night.

That’s when he, 44-years-old now, realised that analogue or dumb digital devices like thermostats could be made intelligent with cloud computing. He quit his well-paid job and started building software and hardware that became the brain behind buildings. His solution utilises the Internet of Things (IoT) and cloud computing to create systems that predict, monitor and manage the needs of buildings.

“I started 75F after having designed some of the world’s fastest core networks for Tier I service providers like AT&T, NTT, and Verizon. With almost 25 years of experience in electronics and computing, I've brought a wealth of embedded products to the market. My key goal in every endeavour is to simplify operational complexity and make products intuitive,” Deepinder says.

He adds that his goal is to make commercial building controls as ubiquitous and easy to install as setting up an iPhone.

75F stands for 75 Fahrenheit (or 23.88 Celsius), which was set by the United Nations in 2008 as the optimum temperature in all its offices worldwide. Inspired by this, 75F seeks to “deliver optimal comfort while saving maximum energy”. The solution continually monitors a room's needs, analyses incoming data, and controls what goes in and out.

“Our system effectively manages your building's energy loads. This prevents thermal discomfort by eliminating temperature imbalances, regardless of which heating or cooling system the building uses,” he says.

Gaurav Burman, VP and Country President-India, says, “We are a full-stack solution. Clients pay you for something that easy to deploy and gives them value.”

By full stack, Gaurav means that 75F smart nodes on HVAC systems and lights connect to a 75F central control unit, which connects through a central brain (the cloud) to analyse multiple buildings. 75F currently manages the buildings of Flipkart in India (they have clients in India, but would not want to disclose their names).

75F’s long-term goal is to drive high-level automation in the HVAC space by gathering intelligent data and helping buildings become smart and function according to clients’ needs. It claims that along with increased comfort and automation, it is able to provide 50 percent savings on energy bills.

But the road here wasn’t easy. It took three years of hard work for Deepinder to raise money. But 75F now has 35 paying customers.

75F has two business models – the first is an outright sale of the product to a company where they charge an annual maintenance fee; the second business model is all about outcomes. The outcome model lets the client lease the product and pay 75F based on savings generated on a quarterly, monthly, or annual basis.

Say, a client is paying Rs 10 lakh a month for a 50,000 square feet building. Sixty percent (Rs 6 lakh) of that is the lighting and HVAC cost. 75F’s intelligence can save about 50 percent on this cost; based on this saving, it charges the customer a higher percentage as fee.

“You have to prove to clients that you are with them in their entire journey. When you provide them value they remain with you for a very long time,” Gaurav says.

They proved that their tech works to a large international chain in the US. Border Foods, one of the largest Taco Bell franchisees in the nation, had been trying to solve a problem in their restaurants for years. Extreme heat imbalances in the kitchen led to a very hot working environment for employees in some areas, while other areas were sub-cooled. Cooks working the taco line in the summer took regular breaks in the walk-in cooler for relief. For Border Foods, employee retention, training, and productivity were key business drivers. In addition, the new bright and cheery décor meant lots of windows in the dining area that led to solar gain challenges that move with the sun throughout the day.

Finally, Border Foods was experiencing issues maintaining positive pressure in their buildings, creating problems like difficult-to-open front doors. With this problem statement in mind 75F went about implementing its technology.

By obtaining a live weather feed and collecting empirical data about everything going on inside and outside the building, the 75F cloud-based algorithm was able to rapidly learn and adjust the balance of airflow. This caused temperatures to become uniform throughout the day. Equipment included two Central Control Units, 11 Zone Controllers and 19 Modulating Dampers that were all installed and commissioned in less than a day. 75F also added outside air optimisation and building pressure control to create positive pressure in the dining space to diminish drafts and contain kitchen odours.

Within 24 hours, the kitchen staff noticed immediate relief from the heat island in the centre of the kitchen. Temperatures levelled out between the front and back of the kitchen to create a uniform, comfortable environment. The dining area also levelled out so morning and evening diners did not have to choose between east and west facing tables.

To prove the point, Border Foods authorised a short test where 75F balancing activity was briefly suspended so they could observe what conditions were like with the previous static balancing equipment. Within minutes, heat islands shot up in the kitchen. The imbalance rose 10˚F before the test was concluded. Border Foods also noticed improvement in regards to pressure balance. Prior to 75F, Border Foods experienced a pressure reading of -0.19” WC (water columns), which caused problems opening doors. After 75F implemented building pressure control, they maintained an ideal reading of 0.03” WC, which eliminated drafts.

Prabhu Ramachandran, Co-founder of Facilio, says: “Builders in India are looking to be more accountable to cost as they are going to be working with global clients, so IoT and software is going to change the way Indian buildings go green.”

75F, being private, would not disclose its revenues. But numbers filed with the ROC in 2016 shows it to be a profitable company with Rs 1 crore in revenue.

Gaurav says they have a very good clientele in India, but an even bigger one in the US. Clearly, 75F is another idea from an Indian company that has global capabilities.

Satyakam Mohanty, Founder of Lymbyc, an analytics company, says: “IoT, when coupled with analytics, is a very powerful proposition.”

Companies that are in the same mould as 75F include SmarterHomes, Petasense and Facilio. But the market size for IoT is large across the world. India is a rapidly growing hub for IoT solutions, with the country’s market size in this area expected to increase about seven times - from $1.3 billion last year to $9 billion by 2020, according to Deloitte.

IoT refers to devices, other than computers and smartphones, connected to the Internet. Deloitte estimates the current number of such devices in the country to be around 60 million. The consulting firm adds that IoT solution deployment for digital utilities or smart cities and in the manufacturing, logistics, and automotive industries would drive demand for industrial IoT applications going forward.

By 2020, Deloitte believes industries such as utilities, manufacturing, automotive, transportation, and logistics will see highest adoption levels of IoT in India. The government's planned investment of about $1 billion for 100 smart cities, over the next five years, is expected to be a key enabler for IoT adoption across these industries. In addition, industries such as healthcare, retail, and agriculture are also expected to make significant progress in IoT adoption, it said. With these data points, it seems that 75F may hit it big in the market.