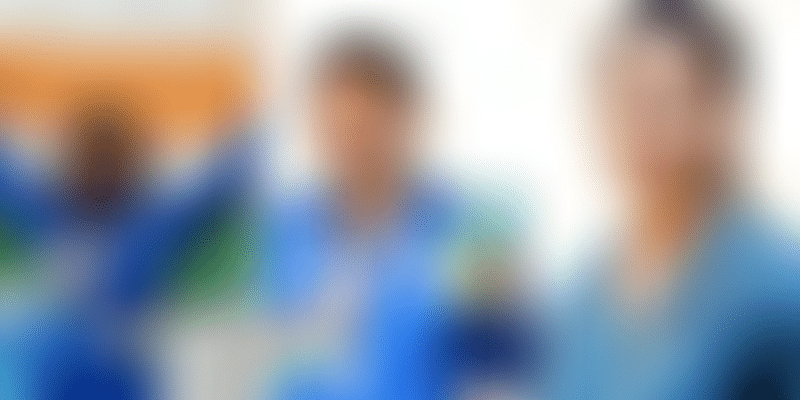 India shines at the Gold Coast, breaking records and winning as many as 66 medals – 26 gold, 20 silver, and 20 bronze in the last eleven days.

The 21st edition of the ongoing Commonwealth Games led to many firsts for India. In eight days, the Indian contingent won a total of 26 gold, twenty silver, and twenty bronze medals.

Star shuttler PV Sindhu led the Indian contingent at the glittering opening ceremony on April 4. The Rio Olympics silver medallist carried the Tricolour at the head of the Indian contingent, which also included fellow badminton stars HS Pranoy and Kidambi Srikanth. A total of 71 nations are competing in 275 events across 19 disciplines at the Games, which will conclude on April 15.

We list a few of the golden athletes making India proud at Gold Coast, Australia.

India rejoices in the victory of Jitu Rai. He once again demonstrates his prowess, and wins a Gold in the men’s 10m Air Pistol event. Congratulations: PM @narendramodi #GC2018 pic.twitter.com/sfJKv89o34

A Khel Ratna awardee in 2016, he won a silver medal at the World Championship. Earlier at the Olympic Games final, the 30-year-old shot a low 78.7 and became the first shooter to be eliminated in Rio.

He has also won gold at the 2014 Asian Games and is a two-time ISSF World Cup medalist. In 2014, at the age of 26, the Nepal-born competed in his first CWG and clinched gold on debut in the men’s 50m pistol event.

Punam Yadav won the fifth medal for India as she secured the top position in the 69 kg weightlifting category for women. Hailing from Varanasi, the 22-year-old lifted a total weight of 222 kg, 100 kg in Snatch, 122 kg in Clean and Jerk.

She faced stiff competition from England’s Sarah Davies, who was just a few kilos behind her. Sarah was 6 kg ahead of Punam; however, she failed to make the final lift in Clean and Jerk and ended with a silver medal.

At the 2014 Glasgow Games, Punam won a bronze medal for lifting a total of 222 kg (110 kg+122 kg). She won a silver at the Commonwealth Championships last year, her first event, after making the jump from the 63 kg to the 69 kg category.

The fourth Indian weightlifter to win a gold medal is Venkat Rahul Ragala. Also a Commonwealth Championships gold medallist, the 21-year-old lifted a total of 338 kg (151 kg+187 kg) to finish on top.

Proud of Ragala Venkat Rahul for the Gold. I am sure the exceptional success of our weightlifters will motivate more youngsters to pursue weightlifting: PM @narendramodi #GC2018 pic.twitter.com/R1MAZXTwLr

However, they both failed in their attempts, following which Opeloge failed a second attempt at a 188 kg lift. This proved to be the clincher for Rahul, who managed to clear this round and won first place.

Lifting 317 kg in total, Sathish Kumar Sivalingam won against Jack Oliver from England and won the third gold medal for India in weightlifting. He lifted 144 kg in Snatch and 173 kg in Clean and Jerk in the Men’s 77 kg category.

A few months earlier the 25 year old from Vellore, Tamil Nadu, suffered an injury and there were doubts about a possible recurrence. However, Satish stood tall as he got a lead in Snatch after lifting 136 kg and 140 kg, to a final of 144 kg.

Earlier, at the Glasgow Games, Satish won a gold medal by lifting a total of 328 kg.

Sanjita Chanu, 24, from Manipur, won the second gold medal for India in the women’s 53 kg category of the weightlifting competition.

Amid 14 competitors, Sanjita, an Indian Railways employee, finished with a total of 192 kg. The second place was bagged by Papua New Guinea’s Loa Dika Toua, who lifted 182 kg.

Our girls from Railways continue to bring glory to the nation at #CWG2018. Congratulations to #SanjitaChanu on winning India's second gold medal at #GC2018, and setting a new Commonwealth Games record by lifting 84kg in snatch and 108kg in clean & jerk. pic.twitter.com/7QYQSNr08b

This is Sanjita’s second gold medal in her Commonwealth Games career. Earlier, she won the first position in the 48 kg category at Glasgow, 2014. With this win, India also created history – with a lifter lifting 84 kg, and breaking the record of another Indian Swarti Singh, who lifted 83 kg at Glasgow.

Sanjita had claimed the gold with a total effort of 195 kg (85 kg+110 kg) at the Commonwealth Championships last year.

The Indian table tennis team was unstoppable as they defeated defending champions Singapore in the semifinals and Nigeria in the finals to clinch a gold medal.

While the final match was completely dominated by the Indian contingent with a score of 3-0, the semi-final against Singapore was hard-fought with a 3-2 win.

Singapore’s Gao Ning, a three-time CWG gold medallist, won both his single matches, keeping the Indian team under pressure with a score of 2-2, leading to a tie-breaker. At this point, captain Sharath Kamal stepped up; with a calm and single pointed vision, he defeated Shao Feng Ethan Poh and Xu Jie Pang in the singles.

This win comes after 12 years; India clinched its first gold medal in men’s table tennis in 2006.

Indian double trap shooter Shreyasi Singh clinched India’s 23rd gold – the high-point of her own career— by knocking out Australia’s Emma Cox for the perfect podium finish. Varsha Varman, also part of the contingent, missed the bronze by a whisker, to settle for the fourth spot. This also became India’s second medal on April 10, after shooter Om Mitharval managed to bring home the bronze in the 50m pistol men’s event.

The daughter of former Union Minister Digvijay Singh graduated from Delhi University’s Hans Raj College; this was her second CWG medal - the first being a silver she bagged at the 2014 edition of the quadrennial contest held in Sweden, with 92 points.

At the CWG held before that, in Delhi in 2010, she finished 6th and 5th in the single and pair trap events respectively.

Heena Sidhu, India’s shooting star, won her first individual Commonwealth gold, and her second medal at the Commonwealth Games 2018. She clinched the coveted medal for herself and India with a CWG record-setting score of 38 in the women's 25m pistol (Precision/Rapid) finals.

The other medal that the former world number one - the first Indian female pistol shooter to have done so - won at the Gold Coast contest this year is a silver in the 10m air pistol event held on April 8. This is also her second Commonwealth gold; the other one being the gold the shooting team brought home together in the 2010 edition of the four-yearly contest. India's shooting contingent has had a great run at Australia this year, winning eight medals in all.

The eight-member final at the Belmont Shooting Centre saw the 28-year-old in her best form, as her score also contained two perfect fives. The complete sequence - 5, 5, 4, 4, 3 and 4 - bested Australia's Elana Galiabovitch after being neck and neck during the last two rounds.

India's star weightlifter Mirabai Chanu secured the first gold after a scintillating performance in the woman's 48kg category. The event at Gold Coast saw the Manipuri champion fight for the spot with Marie Hanitra, of Mauritius, and Sri Lanka’s Dinusha Gomes, who were placed second and third after Mirabai.

She registered 86 kg in the Snatch and 110 kg in Clean and Jerk for a total of 196 kg. In the 84 kg and 86 kg, she broke the previous records of 10 other competitors who went up before her. That gave her a massive lead of 10 kg over second-placed Marie at the end of the Snatch session.

The Manipuri went on to post a new personal best of 110kg in her third and final attempt to end a dominating performance. Last year, Mirabai won a gold at the World Weightlifting Championships, becoming the second Indian to win gold for India in more than 20 years.

Manika Batra, World Number 58 and India's number one, playing what she called “easily the best table tennis [I have] played in [my] life,” led India to a historic win against Singapore, a team that has not lost at the Commonwealth Games since 2002, in the finals, with a score of 3-1, clinching the coveted gold.

This is especially impressive considering that the Singaporean side has snagged every gold medal at the Commonwealth Games since the sport of table tennis was first added to their list of competitions, in 2002. The Indian women team had beaten England in the semi-finals 3-0 to reach the finals.