From Lungi Dance to Ekla Chalo Re: 23 children from disadvantaged backgrounds will sing at Washington choral festival 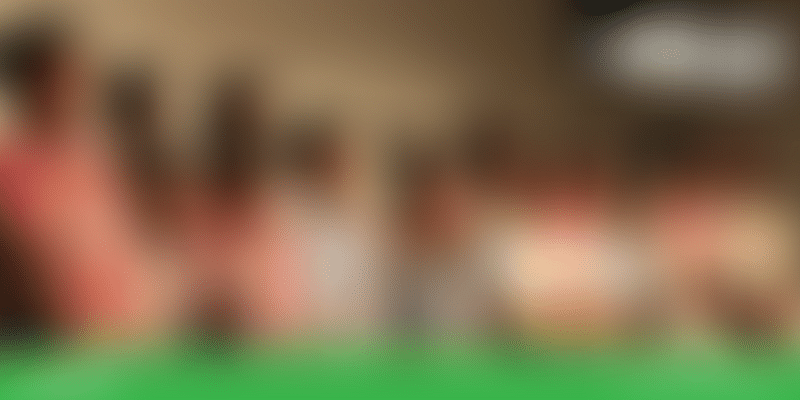 With songs encompassing hope, integrity, and brotherhood, 23 children from Chennai government schools are set to represent India at the Serenade International Choral Festival in Washington.

Twenty-three children from disadvantaged backgrounds who have never set foot inside a plane are set to represent India and perform at the globally renowned Serenade International Choral Festival in Washington DC. Students of corporation and government schools, these children hope to spread the message of peace and brotherhood through a musical journey to mark the 100th birth anniversary of Nelson Mandela.

“Music is my constant feeling of joy. Anytime I feel upset I go to a separate room and sing. I sing songs that I like and it makes me feel happy. I cannot imagine how it is going to be there,” shares Ganesh, who studies at a government school.

Belonging to the Chennai Children's Choir group led by Sriram Aiyar’s Nalandaway, these children are trained by Vedanth Bharadwaj, a musician who plays the guitar, sings, and composes music, and Manjula Ponnapalli, a musician, music education consultant, and voice trainer.

“Our choir includes children who are visually challenged and those with special needs as well. The aim was to create role models from within the disadvantaged community itself; to provide these children an opportunity to learn music, perform, and come to the world stage to give their best,” Sriram says proudly.

The team has made a conscious effort to go beyond Chennai and Tamil Nadu. Their aim is to bring the pan-Indian cultural context to a global stage and highlight the diversity.

“We have looked at songs with a strong concept and ethos with respect to justice, peace, and hope. We also want to use this as an opportunity for these children to learn multiple Indian languages and develop a tolerant spirit,” he adds.

From Amir Khusro, Bhartiyar, Meera Bai, Michael Jackson, AR Rehman to Kabir, these children will perform for over an hour and bring the diverse flavours of India through languages including Bengali, Kannada, Telugu, Tamil, Marwadi, Urdu, and English.

The journey of Nalandaway, which today impacts over 42,000 children in Tamil Nadu, had its origins in the religious clashes of Gujarat 2002, which claimed more than 1,000 lives and displaced close to 98,000 people.

An MBA graduate working in the IT sector, Sriram happened to be in Gujarat for a client meeting merely days after the riots ended and what he witnessed was the turning point of his life. He asked himself a few existential questions.

“What makes us violent? How can people be full of hatred and violence towards their neighbours? After introspection I understood that fear and ignorance are primary reasons; and that hate and violence are just a consequence.”

He realised that there was a need to develop a channel and confront fears; to develop an ability to understand other cultures, other people; to become exposed to the world.

This led to the founding of Nalandaway Foundation, a Chennai-based non-profit that works with children nationwide, particularly focusing on those who come from vulnerable, exploitative backgrounds, and helps them raise their voices and issues through creative mediums of theatre, visual arts, music, dance, radio and films.

The 12-year-old organisation has worked with children from disadvantaged groups across India, where the team aims to address the fears and emotional distress through the medium of arts - both visual and performing.

Art, Sriram believes, allows children to make their own assessments, while also teaching them that a problem may have more than one answer. Instead of following specific rules or directions, the child’s brain becomes engaged in the discovery of “how” and “why”.

“The whole approach to learning itself is flawed; the way that you are made to feel so small and stressful in school. Elementary school is also the place where a lot of our insecurities and conditioning build up, in terms of prejudice,” Sriram says.

Initially, Nalandaway was involved in working with government schools across India where they addressed emotional concerns of students through short-term workshops. They had a presence in Bihar, Kashmir, Karnataka, Delhi, and Tamil Nadu. However, in 2009 Sriram realised the need to engage with students for a long-term period to create impact. Hence, the team decided to concentrate on few areas and work with the same set of students till they turn 18.

Through storytelling and art and craft, the team has partnered with government schools to not only improve learning of English, maths, and sciences but has also addressed student dropout rates.

“We work in 130 primary schools between Tamil Nadu and Delhi. We teach the teachers to become creative, we have designed curriculum which allows self-learning; which allows children to learn, be creative. We also provide them the material for all that is required to deliver,” Sriram adds.

“Although our kids are conversant only in Tamil, they can sing like natives in Telugu, Kannada, Hindi, English, Urdu and Bengali,” Sriram says proudly.

In September 2017, Sriram chanced upon the idea to apply for the 15-year-old Serenade International Choral Festival in Washington DC. Sriram applied for the programme, but did not divulge details about the performance to the children as he was not sure if the choir would be selected.

The team had to undergo multiple interview rounds and also share training video footages with the selection committee.

“Even after selection we were unsure whether we would be able to muster up the resources to send 23 children to DC. However, we decided to take a chance and started a crowdfunding campaign to help with the logistics,” Sriram says.

The performances will happen across venues in Washington DC; and the children will perform at the finale, singing over 15 songs at the Kennedy Centre, on July 4.

“My father is bakery salesman and my mother is a housewife. I have never travelled anywhere outside Tamil Nadu. To know that I am going to the US is unbelievable. I was so happy when I heard the news. I am going to make my parents proud by going to the festival,” says young K Muthuselvan, a student.

Presently funded by corporate CSR funds, US Aid, and other multilateral organisations, Sriram hopes to raise funds for the Washington DC event through sponsorships.

“The children are ecstatic and they are more thrilled by the idea of traveling in a plane than the performance itself. I hope we don’t disappoint them,” Sriram shares.

We wish the Chennai Children’s Choir the very best as they prepare to represent India at a global stage, and make us proud.