The latest trends in venture capital funding globally are captured by PricewaterhouseCoopers (PwC) and CB Insights in the Money Tree report. The report for Q1 2018 is out, and shows the largest global deals of 2018 in the first quarter.

Of the top five companies on the list, only one is American, and most deals fall under the mobile and telecommunication sector. Here is the list of the largest global deals in Q1 2018:

Headquartered in Beijing, China, this retail company is into home furnishing and improvement and was founded in 1999. With 223 home furnishing and DIY-style stores across 29 provinces in China, it claims that it’s the second largest in the country. In Q1 2018, it closed a $2.054 billion deal from investors such as Alibaba Group, JD Capital Management, and Sequoia Capital China, according to the Money Tree Q 1’18 report. It is the largest one in the quarter, according to the report, and a later-stage funding investment. In February, Alibaba Group pumped $867 million into the company.

Founded in 2010, Jakarta-headquartered Go-Jek is an Indonesian ride hailing and hyperlocal transport company. It was founded by Nadiem Makarim and Michaelangelo Moran and is Indonesia’s first unicorn. The company is in its expansion stage, and according to the Money Tree report, is the second largest deal of Q1 2018, at $1.5 billion.The list of the major investors includes JD.com, Tencent Holdings, and Warburg Pincus.

In February, there were reports that the company had raised $1.5 billion from a dozen investors like investment management firm BlackRock and tech giant Google, which pushed its valuation up to $5 billion.

After a tough 2017 and a change in leadership with Dara Khosrowshahi taking over the reigns from Travis Kalanick, Uber saw the $1.2 billion deal with SoftBank materialise in early 2018. According to the PwC and CB Insights report, the later-stage deal of Uber amounts to $1.25 billion, with primary investors including, of course, SoftBank and others like TPG Capital and Sequoia Capital. Founded in 2009, Uber has emerged as one of the main ridesharing companies globally, but it continues to face tough competition in China.

Headquartered in Shanghai, China, Mobike is a bike sharing company started in 2015 by Hu Weiwei (Chair), Wang Xiaofeng (CEO), and Xia Yiping (CTO). One of the largest bike sharing companies in China, it rivals ofo, which recently raised $866 million in a round led by Alibaba Group.

Last year in June, Mobike had raised $600 million in a Series E round by Tencent and came to be valued at $2.7 billion. According to the Money Tree report, the total deal value for Mobike for Q1 2018 is $1 billion, with Tencent Holdings as the primary investor.

The company was acquired by Chinese web company Meituan-Dianping for $2.7 billion earlier this month.

Chehaoduo, formerly Guazi, was founded in 2014. Headquartered in Beijing, China, it went public in 2016, and is a Chinese auto retail services platform. Late last year, it also acquired unicorn status.

According to the Money Tree report, in Q1 2018, Chehaoduo closed a deal of $818 million with a Series C round led by Tencent Capital. Other investors included IDG Capital, Sequoia Capital China, and DST Global.

The report shows that when it comes to the largest global deals, China dominates vis-a-vis the United States. Uber, which ranked third on the list of the largest global deals of Q1 2018, is the biggest deal for the US. In this quarter, the other major deals other than Uber in the US include on-demand restaurant delivery company DoorDash with a $535 million deal, followed by Moderna Therapeutics, a biotechnology company, at $500 million, Magic Leap, an AI company with a deal of $461 million, and last on the list is Wag!, a dog walking app with a $300 million deal.

Given the data in the report, it is clear that the ride sharing and the bike sharing space is definitely going to warm up this year. What will this translate into in terms of more deals and M&As in the future? Let’s wait and watch. 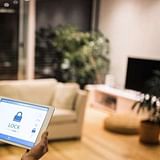