Counting NSE as a client, Elemential Labs is a plug and play platform for Blockchain developers 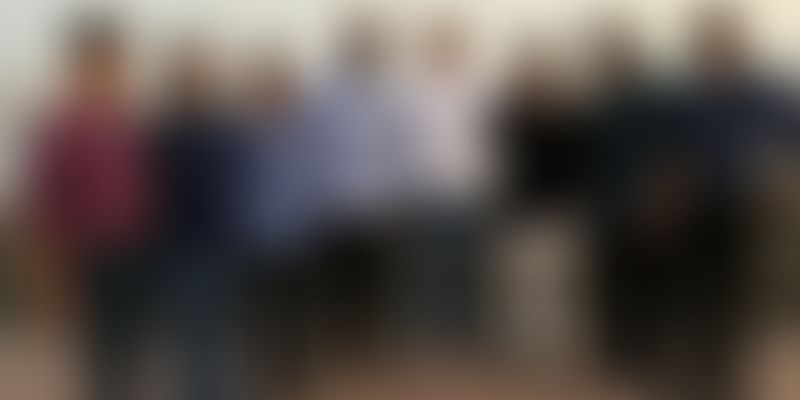 Problem it solves: Offering Blockchain developers a Plug-and-play platform to run their networks

Raunaq Vaisoha started his first cryptocurrency venture at the age of 19 when he was still in college, in 2014, it was during the same time Tokyo-based Mt. Gox, the world’s largest bitcoin exchange, crashed. That led Raunaq to start looking deeper into Blockchain ledgers.

Intrigued by the possibility of a future with commoditised trust, Raunaq launched HackCoin - a global community of Blockchain developers. HackCoin Mumbai was India’s first Blockchain hackathon and gained the support from institutions such as Microsoft, IBM, Citrus, and others.

Over 300 developers from companies such as Infosys and Banca Sella engaged with institutions to build use-cases that would lay the groundwork for India’s Blockchain efforts. This was the genesis of Elemential Labs.

Elemential Labs is a blockchain administration platform that helps developers quickly and easily build and manage blockchain networks at scale.

"Blockchain is currently is in its nascent stages in India, but its applications can be multifold. The team at Elemential is building a product with a deep understanding of the technology and the space. In a short span, Raunaq and his team have been able to rope in the National Stock Exchange (NSE) as a client."

Building on the idea

Explaining Elemential’s core product Hadron, Raunaq says it makes Blockchain administration a secure and easily-managed process. The end goal is to make it possible for Blockchain entrepreneurs to focus on innovating on their application, and not worry about protocol level overheads and risks, which occupy a significant quantum of their time before they even get to actually building an application.

The initial challenge, says Raunaq, was getting large enterprises to trust Elemential. He adds it is difficult for most incumbents to think from a decentralised perspective when they have so far been used to a centralised form of operations.

"We managed to get past this obstacle by working with mavericks and intrapreneurs such as Sankarson Banerjee from the National Stock Exchange (NSE), and Jaspreet Bindra from Mahindra Group," he says.

Once Raunaq had the idea for Elemential, he roped in Anil Dukkipatty and Sahil Kathpal. The two have been entrepreneurs since their late teens and had startup called Esscale. Their first project was building an inventory management system for a local stationary shop for Rs 8,900. Esscale went on to serve over 10 startups before winding up when Anil and Sahil were introduced to Blockchain.

"I managed to convince Anil and Sahil, whom I had met about three months ago at a TEDx event I organised, to come and try their hand at Blockchain at the hackathon. They ended up winning from among over 20 teams, and we became a team shortly thereafter," says Raunaq.

The team first began working on small projects. The first project involved building a gold loan Blockchain application for an individual, who later went on to pursue the proof of concept as a business.

Elemential soon started pitching for bigger opportunities and scaled from there. Now a team of 10, it is set to become a team of 15 soon.

In August 2016, the team got the National Stock Exchange as a client. Recalling how the solution came to being, Raunaq says Sahil was presenting a Know-Your-Customer application to a group of 300 bankers and participants at an NSE conference.

"We spent months of effort creating this application, and the audience, who had been briefed about its release, were naturally anticipating a great showcase. However, as Sahil kicked off our demo, the chain crashed within seconds. There was a protocol update in the background, and without any tool to manage and version control our Blockchain, we were forced to leave the stage red-faced," says Sahil.

After a week of contemplation, the team decided to solve this problem.

Fast forward a few months, and Hadron was developed as the solution. After some initial tests with a closed group of users, the solution was ready for launch.

Working as an open and accessible platform that is agnostic to underlying infrastructure and protocols, Elemential focuses on making enterprise adoption easier and has built several features in the product.

"The shift towards edge-based decision making and development has made the need for a federated governance structure critical. Without our FNP protocol, the logistics of decentralised decision making would be too much to handle for most," says Raunaq.

If you are a developer or a team that intends to build a Blockchain application or protocol, you need to start by creating an Elemential account and install Hadron client. It then connects machines by installing Hadron secure agent with restricted permissions.

The developer can configure the network by choosing the Blockchain framework that best suits the application, selecting the participating machines, and setting up nodes in a simple GUI.

"Raunaq and his team have been working with Blockchain for years now. For young entrepreneurs and founders, they have a deep tech understanding. This makes it easier to build different use cases for the platform."

"Managing a Blockchain network becomes a risk-free and seamless, 1-Click experience with Elemential. The developer frees up his time, and can focus on building the next big Blockchain innovation while leaving the administration to Hadron," says Raunaq.

Elemential’s aim is to make deployment and administration of trusted systems easy. Today, Blockchains such as Ethereum have over 1.1 million users and over 820 trusted applications.

"Blockchain in India is in nascent stages. Raunaq and his team understand Blockchain and its workings. The premise is that as a technology blockchain can be used for different sectors. However, the early adopters of the technology will be the financial sector."