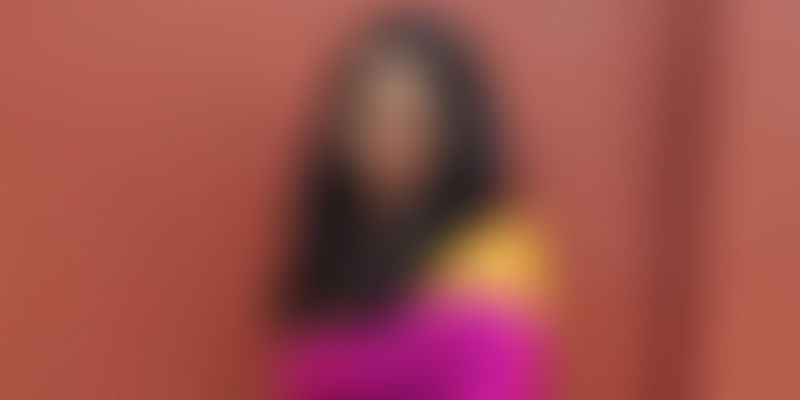 With Only Paithani, Arati Baandal seeks to revive the ancient art of handwoven Paithani sarees by reaching out to traditional artisans.

The Paithani, which is an essential part of every Maharashtrian bride’s trousseau, is considered the ‘Queen of Silks’ and occupies a place of pride among the staggering varieties of handloom sarees in India.

The Paithani saree gets its name from the town it originates from – Paithan in Aurangabad, Maharashtra. It is available in both six and nine yards and is unique because both sides of the saree feature the same weave. Their distinct style of a broad border and an oblique body makes them especially beautiful when draped over the shoulder.

Like most handwoven sarees in India, the Paithani too has been taken over by the power looms, with weavers losing out on their age-old, tradition and means of livelihood.

With a strong emphasis on revival of traditional arts, Arati Baandal founded Only Paithani that since inception is dedicated exclusively to curating the most impressive Paithani sarees. It has now grown to house a choice collection of handloom textiles of high quality and unique designs.

Arati is an electronics engineer from L&T Institute of Technology and followed the conventional route with a career in sales from 2001 to 2008.

Her foray into entrepreneurship happened quite by chance. “Clothes, especially sarees were close to my heart, probably because I grew up watching my mother, a huge lover of sarees, shop and care for her sarees. It really struck when, while shopping for sarees for my own wedding in 2006, it was so hard to find a nice Paithani in Mumbai. The biggest of the shops had no more than 10-12 options available, in very common, boring colours,” she recalls.

Arati realised she wanted to change that. “In 2008, when I decided to quit, we were already toying with the idea of getting into the online space. I married into a family with similar values where independence and achievements were highly encouraged. My husband is also a first-generation entrepreneur. My brother-in-law, a US resident, suggested I consider the online saree market and Paithani was the first thing that I could think of. Researching more into it, we discovered that Paithanis had barely any recognition outside of Maharashtra, which was a very sad thing. That's when I decided that the Paithani needs to be introduced to people around the world. The more I got into the research, the more I fell in love with the Paithani,” she adds.

For Only Paithani, over 80 percent of the collection is handwoven on their own looms, while Arati decides on the colour combinations and the motifs. “We use only traditional motifs so as to retain the true essence of the Paithani. We do innovations like making the checks patterns or pastel shades. We are also trying to revive some of the oldest of the Paithani motifs. For other sarees, we work with weavers directly and get them woven on order. We also at times curate the sarees for our collection,” she says.

Only Paithani works only with weavers directly and not with any middlemen or agents. The pieces are not only handwoven but also hand-dyed. It has tied up with artisans to weave traditional motifs like lotus and aswali, though they are inclined to weave the most popular peacocks that are seen on most Paithanis. This is what makes every saree from OnlyPaithani a unique piece.

Arati justifies the cost of Paithanis thus: “Paithanis have been always seen as expensive sarees, bought for special occasions like weddings or festivals. The amount of work put in to make one Paithani totally justifies the cost. For example, the most basic handwoven Paithani takes at least nine to 10 days to be completed. Also, the zari and silk have to be of the best quality.”

They are sold through its website and also through its boutiques in Mumbai and Bengaluru. They have clients ordering sarees from all over the world.

Arati is happy that the saree itself is seeing a revival, with even the younger generation preferring to wear it regularly. The saree was looked upon as a tedious garment to carry off on a daily basis. “Thankfully, that's changing now. It is gaining a lot of popularity now and I do see the younger generation wearing them a lot. Also, a lot of saree-specific movements on social media has helped like the #100sareepact, #sareespeak, etc. A lot of young executives I know now prefer to wear the saree to work at least a couple of times a week. It's making a huge comeback, and the saree is here to stay,” she says.

Her personal favourites include cotton Paithanis in a wide range of colours, irkals, kantha work sarees, kalamkaris, and soft silks.

Currently bootstrapped, Arati plans to take Only Paithanis to other cities in India and spread the word about Paithanis and lesser-known handlooms through the portal.