Luxury hotel stay at a fixed, affordable price? This startup makes it possible 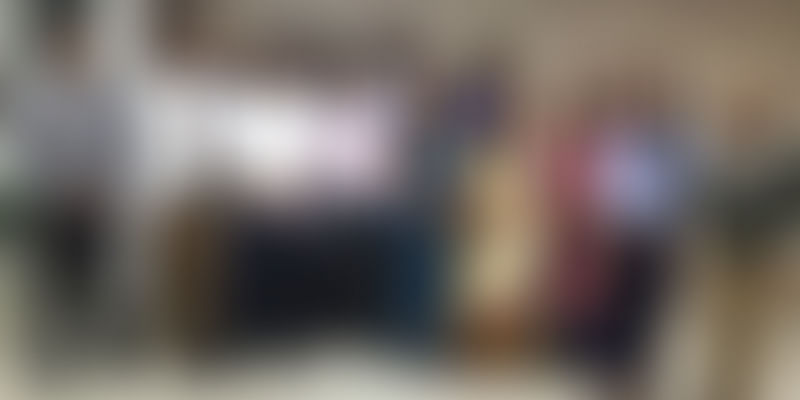 New Delhi-based Icanstay was started to fulfil the aspirations of millions of Indians who want to have the experience of living it up in a luxury hotel.

Where it is based: New Delhi - NCR

All of us like a little taste of luxury every once in awhile, an upgrade in our lifestyle, if you will. And something most of us dream of is a luxurious stay in a grand hotel that has all the works: room service, hot tub and indulgent spa days. It was to fulfill the wishes of such people that icanstay.com came about.

“According to a market study, less than two-percent Indians have experienced stay in a luxury hotel. There is a huge aspirational class of customers; as per our estimates 10 percent of the total population wish and desire to stay in a luxury hotel. There are 1,25,000 luxury rooms in India currently, and this number will increase to 1,65,000 by 2020,” says Puneet Gupta, Co-founder, Icanstay. The portal wishes to upgrade budget hotel customers to luxury hotels.

With industry average of 62 percent occupancy, 47,500 rooms go vacant daily. Icanstay therefore acts as a marketplace/bridge for a large base of aspirational consumers and luxury hotels with vacant rooms.

It offers an open voucher for four and five star rooms across India at a fixed price of Rs 2,999 (including tax) all around the year, with no seasonal surges or city-based price. .

The validity to redeem the voucher is for 11 months and it has partnered with over 100 hotels in 50 cities.

Puneet says, “Customer can buy our open voucher, create a wishlist outlining upto five dates against each voucher. We send across an ‘Offer of Stay’ against the wishlist, after checking availability with our partner hotels, and offer an experience to stay in a luxury hotel.”

Founders Avneet Soni (43) and Puneet (42) have been friends since their school days and have been in touch throughout. While this was the brainchild of Avneet, he approached Puneet to handle the IT part of the business as Puneet has been running his own IT firm for the last 18 years. Avneet, on the other hand, has been in real estate and construction business for the past two decades. While working on the project, Puneet realised that it is a great concept that has huge potential and he decided to come on board.

Puneet says, “Finding the right resources was initially a challenge being a startup and we wanted to stay lean. So we hired few good resources from the industry and started up.” Today, the startup has a team of 28 people in the operations, sales, hotel contracting, product development and IT.

Talking about the challenges, Puneet says that, initially, the hotels were reluctant on two counts: brand dilution and low pricing.

“But we told them that the hotel name is disclosed only when the person redeems their voucher and not before that, and regarding low pricing we are offering them new customers who aspire to stay at their hotel but cannot as they feel they don't belong there because of the high price.”

After launching in September 2017, in the current financial year, Icanstay clocked around Rs 1.5 crore in revenue till March 2018. It claims to have serviced over 2,800 paid users who have purchased over 5,200 vouchers. It has seen 28 percent increase in repeat customers.

“For the year starting April 2018, we expect to service one lakh room nights and sales of Rs 40 crore. Currently, we get over five lakh unique visitors every month on our website,” says Puneet. The startup has around 90,000 app installs from Google and Apple Play Store.

The revenue model is based on margin from hotel voucher sales, last-minute deals and package sales.

There are players in the market offering last-minute deals but none of them cater to the segment of luxury hotel stay at a fixed price. Also, there are some players who provide affordable stays.

Initially self-funded, Icanstay recently raised funds from MP MORGAN, Singapore, which invested $350,000 and has agreed to further increase it to $500,000. Also, HT MEDIA, executed an investment agreement for $1.85 million.

In the coming days, it plans to be present in over 100 cities and team up with 500 partner Hotels across India. “We want to replicate the same voucher concept to international cities where we get Visa on arrival for Indian travellers,” adds Puneet.