Microsoft bets big on IoT, to invest $5 B into it over 4 years 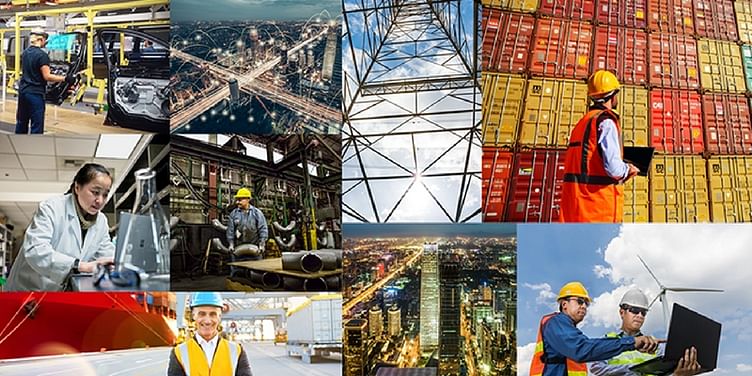 Less than a week after news broke that Terry Myerson, the VP of the Windows division at Microsoft, was leaving the company following a massive reorganisation, Microsoft announced yesterday that it was looking to invest $5 billion over the next four years into the Internet-of-Things (IoT) sector. As part of the restructuring, Microsoft announced that it would be focusing primarily on its “intelligent cloud and intelligent edge” services and devices instead of the company’s ubiquitous operating system, Windows. Now, the new investment announcement is proof of just how serious Microsoft is about building its future on IoT and related technology, especially cloud offerings like Microsoft Azure.

In a blog post about the investment announcement, Julia White, Corporate Vice President at Microsoft Azure, wrote, “With our IoT platform spanning cloud, OS and devices, we are uniquely positioned to simplify the IoT journey so any customer – regardless of size, technical expertise, budget, industry or other factors – can create trusted, connected solutions that improve business and customer experiences, as well as the daily lives of people all over the world. The investment we’re announcing today will ensure we continue to meet all our customers’ needs both now and in the future.”

Microsoft offers a range of IoT services already, from operating systems for devices, cloud services to control and secure them, advanced analytics to gain insights, and business applications to enable intelligent action. According to ZDNet, Microsoft is also hoping that a push into IoT will help it further push its cloud computing service, Azure, eventually building a comprehensive ecosystem where its various products – cloud, OS, and devices – come together in a seamless IoT experience.

Microsoft’s buzzword for most of 2017 has been “on the edge”, a term that it uses to describe technology at the “edge” of networks, versus centralized cloud systems or data warehouses. The company defines a wide variety of its products as “edge devices”, such as sensors, VR platform HoloLens, smartphones, and even full-fledged PCs. By bringing these endpoints into the IoT ecosystem, Microsoft hopes to leverage the massive amounts of data generated by these devices to make its ecosystem even more robust. As the company puts it, “IoT is a collaborative, multi-disciplinary effort that spans cloud development, machine learning, AI, security and privacy.”

Microsoft already has a wide variety of IoT-powered solutions and partnerships in India, from monitoring water quality in Karnataka and New Delhi and powering India’s first Smart Street Lighting Project in Jaipur to helping researchers at IISc Bangalore figure out cloud tech can help solve water scarcity troubles in cities. The company also has an IoT-powered research project in Indian agriculture, dubbed Microsoft FarmBeats, and a partnership with Tata Motors to leverage AI, advanced machine learning, and IoT to create a “highly personalized, smarter, and safer” driving experience.

Microsoft is betting big on the future of IoT, and its ability to combine the capabilities of different product families into one big cohesive network. In her blog post, Julia wrote, “This increased investment will support continued innovation in our technology platform, as well as supporting programs. We will continue research and development in key areas, including securing IoT, creating development tools and intelligent services for IoT and the edge, and investments to grow our partner ecosystem. Customers and partners can expect new products and services, offerings, resources and programs.”

We’re moving steadily towards a more constantly connected future, and Microsoft aims to make the most of it. Its mammoth $5 billion commitment is proof enough.