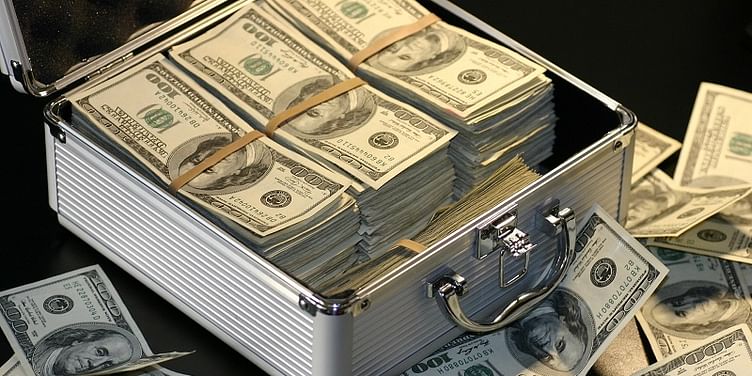 In Part 2 of the YourStory Q1 2018 Funding Report, we showcase startup funding by stage, gender, and city.

‘Nothing grows under a banyan tree’ - this is well-known proverb in the Southern parts of the country. Could this be applied in the context of startup funding? The top companies in the ecosystem are quite easily finding investors and are able to command higher valuations. But the others are finding that fund raising, which was never easy, is getting tougher.

Most investment bankers will call this a dull environment. If you are in the top or big companies it will not seem so. The way I look at it — the market is stratified. The top companies in India are finding it easy to raise money. The ones who have scaled are finding it easier to raise capital. There is a sheer cliff after that. After the top 30-50 companies (and I am keeping the range board) it is hard, harder than last year to raise funding. This includes the Series B level,” says Parag Dhol, Managing Director at early-stage venture capital fund Inventus Capital Partners.

However, as mentioned in part one of the report the top 10 deals have cornered 55 percent of this amount.

The erstwhile garden city is at the top by deal value and volume. It tops the charts with 68 deals and around $920 million in funding (In Q1 2017 Bengaluru saw 55 deals worth around $358 million). Delhi-NCR follows with 45 deals (much lower than last year’s 58 during the same quarter) and deal value of around $532 million (much higher than last year’s $376 million in the same quarter). Mumbai is third in the ranking both in terms of value and volume. Chennai and Pune round up the top five in terms of volume. But Ahmedabad beats Pune in terms of value. That’s because Lendingkart is headquartered in Ahmedabad and it raised Series C round of $87 million.

Two deals account for just under half of the deal value in Bengaluru. BigBasket’s $300 million and Swiggy’s $100 million ensured a dramatic increase in value that city-based startups raised this year compared to Q1 of 2017. Zomato’s $200 million fund raise was the only deal over $100 million in Delhi-NCR in the just concluded quarter. However, the National Capital Region had four deals of over $50 million.

Bengaluru saw eight Series B deals, five Series C deals and four deals that were beyond Series C (across D, E and F). Delhi-NCR had only one deal each in Series B and Series C stages. However, the region saw six deals beyond Series C — three series D, two Series E and one F.

This concentration of deals in the top startup ecosystems in the country — Bengaluru, Delhi-NCR and Mumbai — raises the question of whether it makes sense for startups to base themselves elsewhere. Yes, there are exemptions, like a Lendingkart or Patna-based Husk Power Systems that raised $20 million in Series C round of funding. This question is especially pertinent when state governments across the country are creating policies and funds to encourage the setting up of startups in their states. Karthik Reddy, Co-founder of early-stage fund Blume Ventures, says:

It has nothing to do with policies but an ecosystem that can service the startup — talent, capital, rules of engagement of what a startup demands, which doesn't get solved with simply policies.”

Good news is that there is no hype right now. But, investors are being picky on segment… and the bar is high,” says T C Meenakshisundaram, Founder and Managing Director of early-stage venture capital fund IDG Ventures.

Karthik says there are more options at the very early stages now, with a large and active angel investor pool along with a number of early stage funds. “That said, it is super tough to know which is the best option for a particular company and depending on sector, choices could dry up quickly,” says Karthik.

It is in the Series B and C stages that companies are struggling to get capital. Q1 2018 saw 14 Series B deals and 11 Series C deals. Most of the deals marked as venture are bridge rounds raised by the startups. (The chart above does not include Private Equity deals)

“The winners or market leaders are getting more interest. I know of companies that are sitting on cash and getting more money. There’s more appetite from later stage investors to invest in (category) winners. That's one clear trend,” says T C Meenakshisundaram.

The real good news for startups is the rise in debt financing. The traditional banking system, with its focus on collateral-based debt, has historically been unable to cater to the tech startup ecosystem. The rise of venture debt funds like Trifecta Capital, InnoVen, and IntelleGrow is now ensuring that startups do not have to resort only to equity finance to fulfil their capital requirements. It is not just specialised debt funds that are offering this type of capital. Banks too now see startups, primarily those that have scaled to a certain extent and raised a few rounds of venture capital, as worthy of being offered credit. For instance, health and fitness startup Curefit raised $10 million in debt funding from HDFC Bank and Axis Bank in Q1 2018.

The largest round raised by such a company (when Spandana Sphoorty’s debt finance deal is excluded) is the $50 million Rivigo fund raise.

As we wrote in this article last October, it is better for the entire ecosystem (not just for women-led companies) if more women become startup founders and raise funding. Hopefully we will see an increase in startups founded by women and these will feature in our funding charts.