In part one of the YourStory Q1 2018 Startup Funding Report, we focus on the top deals of the quarter and how they dominate startup funding.

Cautious optimism - that’s the investor sentiment in the Indian startup ecosystem right now. In Q1 2018, both deal volume and value have gone up compared to the same time last year. The first quarter of the year saw 221 deals worth $2.26 billion, up from 211 deals worth $1.38 billion during the same period last year. This includes PE and debt financing.

As was the case in 2017, in this quarter the top 10 deals account disproportionately for deal value. The top 10 companies raised $1.03 billion (we have not considered PE and debt deals for the Top 10). That’s 55 percent of the $1.87 billion raised by all startups (not including PE and debt deals).

“I will say that not much has changed since last year. Investors are willing to sign cheques but clearly the bar is high,” says T C Meenakshisundaram, Founder and Managing Director of early-stage venture capital fund IDG Ventures.

E-grocer BigBasket tops the chart with a fund raise of $300 million, in a Series E round led by Chinese ecommerce giant Alibaba. The next two are foodtech companies Zomato and Swiggy, who announced their funding rounds back to back. Alibaba arm Ant Financial was the investor in Zomato, while Swiggy raised a Series F round of $100 million from existing investor Naspers and new investor Meituan-Dianping, Tencent-backed Chinese group buying leader that has filed for an IPO in Hong Kong.

Point of Sale (PoS) tech company Pine Labs and web-testing platform BrowserStack are the only two pure tech companies in the Top 10 in the first quarter. Rivigo, a tech-enabled logistics player, is the other non-internet company on the list. Seven of the top ten are internet based or internet enabled businesses (three companies are tied with $50 million fund raises each), showing how consumer internet firms are dominating India’s startup ecosystem.

The fact that these deals account for 55 percent of all venture funding in the quarter shows how later stage companies are able to raise larger rounds.

On the flip side it is not easy for others to raise funding.

The way I look at it — the market is stratified. The top companies in India are finding it easy to raise money. The ones who have scaled —are finding it easier to raise capital. There is a sheer cliff after that. After the top 30-50 companies (and I am keeping the range board) it is hard, harder than last year to raise funding. This includes the Series B level,” says Parag Dhol, Managing Director at early-stage venture capital fund Inventus Capital Partners.

This is a continuation of the trend that was visible in 2017. The top 10 fund raisers last year cornered 70 percent of the overall deal value. Last year’s top deals accounted for such a big chunk of the deal value because of the billion-plus rounds raised by Flipkart, Ola and Paytm. This quarter did not see any deal cross the $1 billion or even the $500 million marks, though Ola is in talks for a $1 billion round. OYO too is in talks to raise over $500 million in funding. Next quarter is bound to see some mega deals.

While the big guns of the Indian startup ecosystem—Flipkart, Ola and Paytm — led the fund raising last year, the just-concluded quarter saw top players in various verticals getting funded.

In online grocery, both BigBasket and Grofers, the two major standalone players in the segment, got funded. This isn’t surprising considering FMCG is the fastest growing online segment with growth rate of 66 percent according to advisory firm RedSeer Consulting.

Foodtech as a sector was languishing since 2016, after the hyperlocal bust of late-2015 and 2016. However, leaders Swiggy and Zomato have had a strong showing in recent months and that has revived investor confidence. With these funding rounds, the online food delivery segment is now one of the most interesting ones as competition will intensify.

Finance too has been a dominant theme in the past couple of years. The lending space has seen the emergence of numerous startups, but Lendingkart has been the clear leader. So it is not surprising that it raised a large round of funding. Similarly internet-enabled home rental startup Nestaway, B2B marketplace Udaan and logistics player Rivigo are all leaders in their verticals.

The companies in the top tier have seen valuations soar. Down rounds are now mostly a thing of the past.

At a later stage there is a premium when it comes to valuation as there is a dearth of these high quality deals. So investors are willing to pay that premium,” says T C Meenakshisundaram.

Zomato is now a Unicorn. Its recent fund raising valued the Info Edge backed company at $1.1 billion. Its previous round of $60 million, two years ago, had valued it at $960 million.

Rivigo has also become a Unicorn. However, the latest $50 million round was by existing investors unlike Zomato where Ant Financial is a new investor.

BigBasket is now an almost-Unicorn (almosticorn?), with a valuation of $950 million. Swiggy is valued at around $600 million.

Grofers did see its valuation fall by 20 percent to $300 million. Grofers had last raised funding in 2015. Since then it changed its business model from being a hyperlocal grocery delivery company to an online grocery retailer.

The top deals make it clear that some of these segments could go the way of taxi hailing and horizontal ecommerce. Uber and Ola so completely dominate taxi hailing that it is nearly impossible for anyone else to be competitive in that segment. Similarly, Amazon and Flipkart are the clear leaders in horizontal ecommerce with the two accounting for over 75 percent of the online retail industry’s GMV.

Does it make sense for a startup to launch in food delivery now that Swiggy and Zomato have established themselves as dominant players?

That is not to say that the players that make up the top deals list in the quarter under consideration do not have to worry about competition. In grocery for instance, both Amazon and Flipkart have stepped on the pedal. However, with Alibaba and SoftBank backing BigBasket and Grofers respectively these two companies do not have to worry much about funding.

While Nestaway is the best funded player in the co-living home rental segment, the much more heavily funded budget hotel player OYO could soon enter the space in the next couple of months.

Also, Alibaba and Flipkart’s investors SoftBank and Naspers are carving up segments adjacent to online retail. Alibaba now has a strong presence in food delivery and online grocery, through Zomato and BigBasket, while Flipkart investors SoftBank and Naspers have invested in Grofers and in Swiggy respectively. Softbank could soon invest in Swiggy too.

Alibaba-backed Paytm Mall is already working closely with BigBasket. Flipkart too could work with Grofers and Swiggy through partnerships or investments.

Whether such partnerships will work or not only time will tell. But there is no doubt that Alibaba and Softbank will dominate the late-stage deals space in India for some time to come. What will this mean for the Indian startup ecosystem?

(Part 2 of the YourStory Q1 startup funding report will include analysis of funding by stage, city and M&A activity. Stay tuned!)

Radhika P Nair
Radhika’s passion for writing led her to choose journalism as her career while still in high school. In her over decade-long career, Radhika has been a television journalist, a travel writer and a newspaper reporter. Her last stint was as Special Correspondent at The Economic Times, where she reported on startups and broke numerous e-commerce and startup news stories. Her love for long form writing, analysis and startups has brought her to YourStory, where she is Editor-Special Projects.… 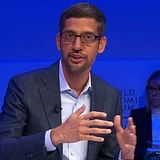 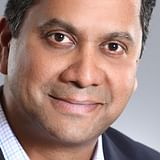 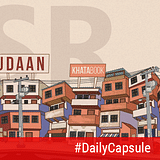 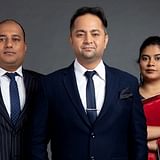