With ready to use fried onions, this startup saves you time and tears in the kitchen 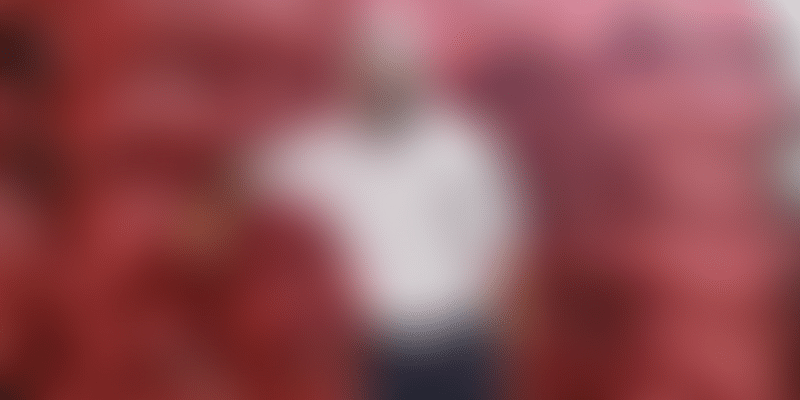 While some among us enjoy the laborious process of basting, baking and blanching to come up with a Michelin-grade plate of food for our loved ones, lesser mortals do appreciate any help to fix things quickly and easily.

Satyajit Roy’s family belonged to the former group. Coming from a Bengali family, mutton biryani was a weekly affair in his household. However, the indulgence came with a lot of tasks.

“One Sunday I left my house at 9am to run an errand and returned around noon to see my poor mother, who had been chopping away for three hours, in a puddle of onion tears. I pointed out to my mother that a better use of her time would be to buy this product from the market directly, to which she replied that no such product was available in any of the shops that she went to,” recalls Satyajit.

A quick Google search revealed that no such product was available in the domestic markets, but it did exist abroad. At that point, he was struck by the thought that this may be a great solution for the domestic Indian market.

That was the beginning of Everyday Gourmet Kitchen in 2014. Under its flagship product, it offers fresh fried onions to commercial and residential kitchens, thereby taking away the pain of peeling, chopping and frying onions.

Satyajit says, “There is a 25 percent wastage of all onions that are grown in India. The reason being the farmers don't get a fair price for the produce due to volatility of the markets and improper storage conditions. Since there is an abundance of produce we intend to make a dent in the wastage figure, which stands at approximately five million tonnes yearly.”

Traditionally, fried onions are used in the making and garnishing of biryanis of all types. This is one of the primary uses for EGK Fresh Fried Onions.

EGK’s fried onions are also used in multiple ways and across cuisines.

“For the Indian markets we find EGK onions are used as a great way to save time when making gravies,” explains Satyajit.

They are also consumed as a snack.

Currently, most of its revenues come from the B2B segment, where it sells large volumes to restaurants, caterers, flight and railway kitchens, just to name a few in Maharashtra, Andhra Pradesh, Gujarat, and Karnataka. It also has a retail presence in 300 outlets, mostly in South and Central Mumbai. “We hope to have a retail presence in the major big box retailers within the next three months and hope to open up in other states the rest of the country within the next six months,” Satyajit says.

Satyajit says, “Our factory is currently upgrading to be able to produce 100 metric tonnes of fresh fried onions (500 metric tonnes of raw onions) by the end of April.” The team size of EGK Foods is around 100 employees with 70 people being labour.

Satyajit is fondly known in food circles as Onion Knight. He is a serial entrepreneur and has a string of startups that saw little or no success before EGK.

EGK Foods was bootstrapped into existence in December of 2014. Besides getting the finances right in the initial stages, dealing with a volatile onion market was another challenge. Over the last three years, it has raised a couple of rounds of investments from friends and family to help build the factory and manage working capital.

Its revenue model works on the economies of scale and investing in the right technology to keep the operating costs down. It plans to have backward integrated farms by the end of this year where it not only offers buy-back guarantees but also technology that would help in increasing yield.

Some of the bigger players in this segment include MTR, Maiyas and iD Fresh Foods.

Talking about what sets them apart, Satyajit says, “Since we spin the oil out of our final product we are able to provide a consistent and relatively healthier option to any other tissue paper-dried fried onions you may make at home.”

For the future it plans on adding a basket of products complementing fried onions that have been requested by existing clients.

“We plan to make most of our progress in the B2B and Hotel/Restaurant/Cafee (HoReCa) space next year as well as slowly make a presence in the retail market through a presence in larger retail chains. We also plan to start our export business for which we have seen tremendous demand over the last one year,” says Satyajit.