In the town of Bagru, block-printing sets the tone for livelihood 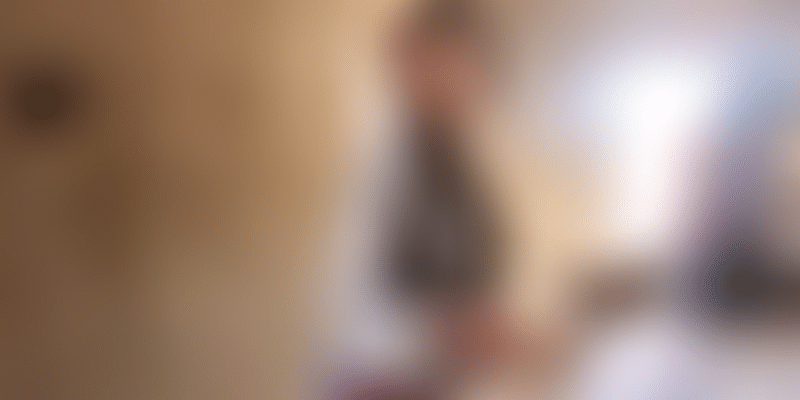 During the summer and winter months in Bagru, one can see a colourful array of hand-printed fabric hanging over balconies and clotheslines, or spread on open grounds on either side of the road in every corner.

Suman Chhipa’s brick-walled workshop in the small town of Bagru, Rajasthan, was abuzz with activity. A small group of people rhythmically stamped white cloth spread on long tables with palm-sized slabs of wood. Suman stood in a corner, calling out instructions to them while thumping a wooden block on a piece of cloth herself. Her husband aired richly coloured fabric out to dry in the backyard while her son sprinkled sawdust on another cloth behind her.

“It’s a family business,” she said, barely looking up. Suman was referring to the internationally famous art of Bagru block-printing. She and her family belong to the Chhipa community, indigenous to Bagru, that has specialised in the art for centuries.

Unlike many of the block-printing artisans in Bagru, Rekha's skill wasn't passed down to her by her parents. It was something she picked up through observation 8 years ago.“I have been doing this for as long as I can remember, since childhood,” smiled Suman.

For a fleeting moment, it seemed as though she was reminiscing about an era bygone. But then she looked at me and started explaining the printing process animatedly. The wooden blocks in their hands come specially carved with different designs each season. They dip these blocks in an adhesive made of black clay, lime water, wheat powder and a natural gum, and stamp them onto the cloth. The designs are then covered with sawdust to prevent the cloth from sticking to itself during dyeing.

“We only use natural dyes,” said Suman.

And that is a characteristic every Bagru printer prides themselves on. Besides the fact that natural dyes have been traditionally used in Bagru printing, Suman explains that they are cheaper and safer for them to use.

Local textile companies generally hire businesses such as Suman’s to print their cloth and pay them on a per-piece basis. Depending on the size and style of design and length of the cloth, they can earn between Rs 10 and Rs 50 for a piece.

“The amount of money I make in a day depends on how fast and for how long my hands work,” said Sawatri Chhipa.

And work they did. The entire time she spoke to me, not once did her dust-covered hands stop stamping the cloth underneath them. This season, Sawatri has been making Rs 20 per piece, each of which takes an hour to print, and she believes that’s more than enough. “How much more could one want?” she exclaimed.

However, given the fact that Bagru’s block-printed textiles sell for anywhere between Rs 600 and Rs 1,000 (sometimes more) in the market, artisans like Suman and Sawatri are, more often than not, shortchanged, while middlemen get away with a sizeable portion of the profits.

Moreover, setting up a block-printing workshop does not come cheap. “I spent close to Rs 2 lakh on this workshop,” said Mamta Kumar, whose business is only a year old. The wooden tables used for printing alone cost Rs 20,000 each while the carved wooden blocks range between Rs 800 and Rs 1,200 per block.

However, the demand for Bagru textiles and most Indian handicrafts has declined over the past one year, thanks to the new GST regime. “There were three other women working for me,” said Sawatri, “but there isn’t enough work for all of us right now so I’m handling it alone.”

The women behind the art

But the art continues to sustain the people in this town.

In the summer and winter months, one can see a colourful array of printed fabric hanging over balconies and clotheslines or spread on open grounds on either side of the road in every corner of the town. But while its particular style of block-printing is what makes Bagru famous, handicrafts such as Aratari and Bandhani work are also widely produced by artisans here. And a major part of the workforce is made up of women.

This is mainly due to the fact that they don’t have to leave their homes, or go too far from it, to create the art. The patriarchal gender roles that require them to cook, clean, and take care of children before and after work become easier in this case. However, their contribution to the household income does not automatically give them a say in important family decisions. They are still expected to stand a step behind men. But for many of them, the work is a vital source of financial independence.

“My husband will buy me whatever I need but I enjoy the fact that I don’t have to ask him for it. I can use my own earnings,” smiled Farida Bano, who is an expert in Aratari work.

There is no saying how long the artisans of Bagru can survive purely on their artwork. Water is a crucial component in Bagru printing, required both to make the natural dyes and adhesives. But it is increasingly becoming scarce. Moreover, the threat of mechanisation continues to loom large over the handicrafts industry while the new tax regime has served a severe blow to it. But if the hard work and spirit of the people of Bagru is any indication of what the future holds for the town’s art, it will continue to thrive against all odds.