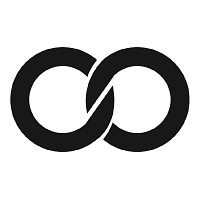 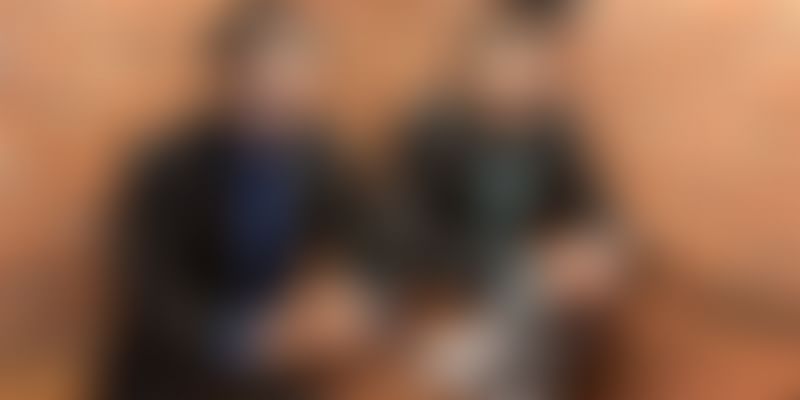 What do you do when you have a sudden and urgent need for funds, maybe for an emergency or for a business-related need?

Like many others, you might also reach out to family members or your circle of friends, or apply for a loan from a bank or co-operative and wait for it to be processed. In all these scenarios, there is dependency and uncertainty. Reaching out to friends and family could complicate the situation after a while due to the informal nature of the situation, while transacting with a traditional financial organisation like a bank or co-operative means having to adhere to set rules even if they don’t align with your needs.

But what if you could borrow on your own terms, more importantly, borrow by saving?

It’s pretty simple actually. You create a savings pool and set the rules, the length of time you need to save, and invite people to contribute to the savings programme according to the preset rules. At the end of each contribution round, the pooled money gets distributed to a single person in the savings pool either according to a set schedule, or by giving people an option to bid and win. This interesting offering, Union Pool, is being floated by Union, a decentralised collaborative lending and savings marketplace platform.

While this might sound very similar to how a chit fund operates, it is different because while the former are run by NBFCs, in the latter, the role of the financial institution is taken over by blockchain.

Amitesh Sahu, Founder, Union, says, “Blockchain is a big differentiator for a financial product because risks are easily mitigated due to its inherent attributes. Also, the Smart Contract* feature on blockchain is governed by rules and not human desires or emotions which, to a great extent, reduces chances of fraud.”

*Smart Contracts are computer protocols intended to digitally facilitate, verify, or enforce the negotiation or performance of a contract. Smart contracts allow the performance of credible transactions without intervention from third parties. These transactions are trackable and irreversible and cannot be fiddled with.

Amitesh, along with fellow NIT alumnus Kamal Anandani, closely followed the rise and relevance of blockchain across industries. At that time Amitesh was working in the US. He says the duo observed that some of the leading financial organisations around the world were leveraging blockchain to make financial processes efficient and secure. However, they found that in India financial institutions weren’t embracing the technology at the same pace and were simultaneously facing numerous setbacks due to mismanagement of funds and trust. This had a major impact at two levels – capital was difficult to get for those who needed it and financial inclusion was still a distant reality for many in the country.

“After extensive market research, we knew we could devise a solution integrating blockchain to address the setbacks in the financial systems in India,” he says. And, that led the two tech enthusiasts to launch Union in June 2017.

Integrating blockchain technology, Union leverages social capital, trust and commitment to facilitate lending, savings and other financial products to create a democratic financial ecosystem. The highlight being the collaborative saving schemes that support the needs of both – banked and unbanked individuals at one level, and the lender and borrower at another.

Union Pool, the collaborative savings solution, is at the core of Union’s customer offering and makes it a key market differentiator for them. Giving an overview of this offering Amitesh says, “Collaborative savings rule out the need for ‘trusted third parties’ like banks or NBFCs to monitor transactions. Instead it is run and managed by the community which helps the individual in need of capital by adhering to preset and mutually-agreed upon rules.”

And what gives Union the much needed ‘trust’ factor is the use of blockchain. “Integrating blockchain on to our platform and with features such as e-KYC, it becomes highly implausible to indulge in fraudulent activities.” The collaborative savings schemes and the decentralised transaction are fully automated by the Smart Contracts, making operations and transactions efficient, transparent and tamper proof. Amitesh explains that in addition to these advantages, there is an add-on cost advantage factor since on blockchain the operational cost is only 0.01 percent of the total transaction amount, whereas in traditional banking the cost ranges between 2 percent and 10 percent.

Another key aspect of Union’s offering is that it leverages social capital. While it may sound ambiguous for the uninitiated, Kamal elaborates, “Social capital, in essence, is leveraging social networks, wherein the transaction processes are reciprocal, and based on trust and cooperation. It is an economic scheme that leverages the economic value of the connections between individuals and organisations. In such a transaction, the social network itself, which includes individuals who trust and assist each other, becomes the influential asset.”

Kamal shares an analogy to illustrate how social capital works. Suppose you want to bake a chocolate cake, but discover that you are out of chocolates. The nearest shop that is open is 15 km away, which means 45 minutes of travel time and Rs 300 for the fuel required to get there. The alternative would be to borrow chocolates from a neighbour. While you will you have to pay for the chocolates, you can save on the cost of travel as well as the time and effort that is otherwise required to go to the shop and make the purchase. In addition, since there is exchange of trust and social interaction involved, it helps to strengthen the bond between the neighbours, and thereby build a norm of reciprocity that can benefit both parties in the future.

Now, in the above example replace the desire to bake with a desire to buy a commodity and the shortfall of chocolate with a shortfall of funds. The only additional element is the formalising of the trust and transaction, which is taken care of by Smart Contracts on the blockchain.

Assessing creditworthiness through trust and technology

Often, a new concept is met with a good amount of scepticism. So, how can a new entity like Union break that barrier?

“In spite of using the best technology which is credited to be tamper-resistant, we understand it is only natural for people to find it hard to trust people outside their circle of friends and family when it comes to collaborative schemes. That’s why we have integrated a feature called the Union Lending Authentication where transactions are based on the creditworthiness of the individual,” explains Kamal.

Every individual will start with a clean slate when they come on board the platform. And, in this stage individuals will be saving with people they trust, such as their friends. As individuals will begin transacting, their creditworthiness will increase based on successful transactions and participation in the community savings programme. Union will also employ a combination of their in-house algorithm, coupled with commercially available licensed technology solutions to determine creditworthiness, and detect and prevent fraud. “As we grow we will collect the transaction history and past datasets and uses techniques such as knowledge-based authentication (KBA), and also behavioural analytics to make transactions even more secure and transparent than they already are.”

Indian millennials, both urban and rural, who want to experiment and capitalise on the benefits of new-age solutions, and B2B manufacturing companies with a heavy distribution model are two key target segments for Union.

The current product portfolio which includes two key products has been created to align and reflect their needs. While Union Pool is targeted at individual users and businesses, Union Advances is aimed to help the capital needs of businesses only.

Once individuals, who also own businesses, gain social capital on Union, they will be able to discount their bill to get working capital for their business. They can create a smart contract and automate the entire process of bill discounting. Individuals discounting their own company’s bill or on behalf of the firm will be able to leverage their credit score in the Union to avail of better borrowing terms and discounts.

The decentralised nature of Union will make it difficult to discount a bill multiple times. Further, the individuals and company’s previous records can be traced and audited to reduce fraud, and risks for an investor/financier.

Kamal says, “Union products are handcrafted with the aim to revolutionise the traditional financial models and help individuals and companies gain access to capital by saving.”

Building on a foundation of transparency and trust

Union is currently in its alpha phase and has onboarded 6,000 members to its telegram group. “2018 will be a crucial year for us as we launch Unl Pool for businesses and consumers. We are looking at onboarding 1,00,000 users on to the platform by the end of the year.”

Union currently transacts only in cryptocurrencies, but has plans to extend the solution to fiat currencies. Given the current controverisies in banking and ICO scams, the team’s biggest challenge is to educate customers and convince them to put their trust in the right place. “It’s not just people who are vary about cryptocurrencies, but even governments and regulatory bodies are yet to come up with a structured guideline, adding to the confusion. We don’t want our work to be put on par with those who have been involved in cryptocurrency scams. We are working on these challenges by keeping everything transparent. Our source code is available on GitHub. We are easily accessible to our users. Anyone can reach out to us on LinkedIn. More importantly, our messaging is very clear and simple. We are not about doubling or tripling investments. We are here to make access to capital easier and financial transactions transparent and trustworthy.”