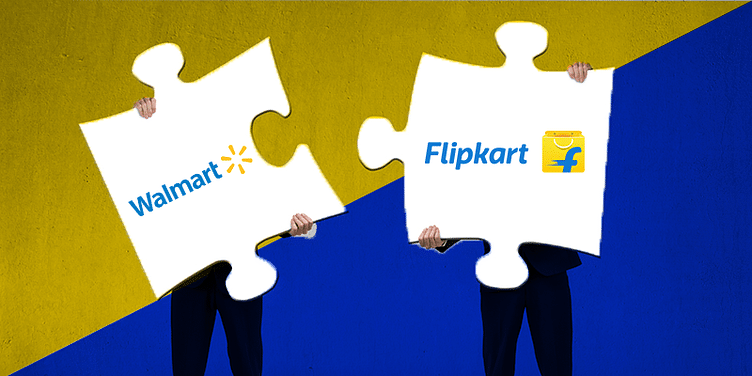 How will the synergy between India’s largest unicorn Flipkart and US retail giant Walmart benefit both parties beyond the obvious goals?

Much has been said about Walmart’s purchase of Flipkart, but let’s get some basic facts out first. For Flipkart, this is a strategic sellout. Investors need exit; they had to look for a buyer at some point. For Walmart, this is a long-awaited entry into retail in India, after succeeding in other Asian markets like China and Japan.

Although Walmart has been present in India for about 20 years now, as a B2B (wholesale) player, Foreign Direct Investment (FDI) regulations restrict Walmart from doing B2C business in India. (The Department of Industrial Policy and Promotion (DIPP) allows 100 percent FDI under automatic route in marketplace model of ecommerce, while FDI is not permitted in the inventory-based model of ecommerce Walmart follows.)

After having established itself as the world’s largest retailer, Walmart wants to bite a chunk of the Indian retail market worth $670 billion, of which etail is $20 billion (and expected to touch 60 percent this year). Holding Flipkart’s hands, Walmart will surely expand the ecommerce market in India.

Of course, there is the undeniable effect of Amazon, the only company which has posed a strong rivalry to Walmart in the US and Flipkart in India. But this new alliance does more than fight Amazon, which has got 35 percent market share in India in five years.

Flipkart has a lot to learn from Walmart in terms of work culture and operations, while Walmart –being the veteran that it is – can take a leaf or two out of Flipkart’s book in innovation.

Consistently efficient operation is Walmart’s key to offering low prices to the customers. In fact, their Every-Day-Low-Pricing (EDLP) strategy is a result of efficient methods in sourcing, supply chain, and front-end operations. The company has the same motto internally too.

While Flipkart likes its luxuries, be it swanky offices or pay packages to fresh graduates, Walmart executives still fly economy class. It has only been a few months since Walmart made its minimum wage $11 per hour, following protests about the meager pay to their employees.

According to this article, researchers at some policy institutes have speculated that each Walmart associate does the job of 1.5 to 1.75 employees of a rival. It has also been said that Walmart staff are expected to keep costs at a minimum, even for heating and cooling of the buildings. In fact, after its acquisition, Walmart banned Jet.com employees from drinking at office, which was allowed at the startup till then.

Walmart’s main principle is to provide the cheapest possible prices to customers, and they go extra miles for that. Even the Walmart big box stores are minimalistic, saving costs for the company, which in turn benefits the customer.

In India, the next 100 million customers to come online will be the middle class, who check price labels before buying. Flipkart will benefit greatly by following conservative-minded Walmart’s dictum.

No good news for sellers

On the one hand, Flipkart will now have access to more categories and better quality products, thanks to a better pool of sellers from Walmart. But the 1.5 lakh existing sellers on Flipkart are a bit wary of the Walmart entry, as the 56-year-old company is infamous in the US for constantly pushing suppliers to cut prices.

Like many industry observers who feel that Indian ecommerce has practically become a war between American titans, online sellers are also concerned how this synergy will work out in pricing.

According to an online seller active on both Amazon India and Flipkart, Amazon being a US entity, their rules and regulations are set in Seattle already. “But Flipkart understands India better. They change rules according to how the ecosystem is evolving. But Walmart enters with the same US mentality. Flipkart will soon become like Amazon,” says this worried seller.

A major factor bothering the online seller community is discounts. To be clear though, Walmart does not give discounts; they have EDLP: their MRPs are just lower than competitors’. Walmart makes it happen with a diligently engineered supply chain with lower costs in operations, salary, transport, packaging, etc.

Arvind Singhal, chairman of Technopak consultancy, says that Flipkart will continue with discounts. “But their sourcing will be more intelligent now (with the entry of Walmart), and their pricing will be more tactical,” he adds.

Unless the Flipkart-Walmart integration is done efficiently, demand for lower prices (without discounts) will be a headache for sellers. According to the above mentioned seller, visibility for sellers would decrease without discounting. However, this person adds that logistics will not be an issue for sellers as it is managed by the marketplaces.

The Walmart deal will give Flipkart access to international markets. To penetrate deeper into different markets the homegrown ecommerce unicorn will need deep pockets like Amazon – exactly what Walmart brings in.

Currently, Flipkart claims to have the largest market share in electronics, mobile phones, and fashion. (The first two boost GMV while the third gives good margins.) But this does not prove customer loyalty to the platform. Customers often do their research online and choose according to their wallet size. To build loyalty among customers, they need to shift focus to beauty, grocery, personal care items, furniture, home furnishing etc. – fronts on which Walmart can do a lot.

Mohit Gulati, a Mumbai-based investor, says Walmart will add further mileage into Flipkart’s winning categories like consumer durables, fashion, and groceries. “Flipkart has always been keen on grocery but execution in the grocery business is tough. With Walmart, the strength of execution comes to the foray for Flipkart,” Mohit says.

Satish Meena, Forecast Analyst at Forrester Research, says Flipkart will now focus on more private label and higher margins, and expansion based on pricing outside metro cities. “It is not easy to get traction for their private labels without more investment in supply chain, logistics, and offline stores. It is only a matter of time before Flipkart opens up offline stores. Currently Flipkart has no expertise for running offline. But Walmart is already offline and can open physical retail in India with Flipkart brand stores in the long term,” he says.

Additionally, Walmart has started a new model in the US for certain categories, which can be replicated in India. Called “Check out with me”, this programme is piloting in the Lawn and Garden category now.

According to this blog, “Outfitted with cellular devices and Bluetooth printers, Lawn & Garden associates at these select stores can check out customers and provide a receipt on the spot. Customers no longer need to venture inside the physical store to pay for items like mulch, soil, and flowers, saving them valuable time. A Walmart associate scans a customer’s items with the Check Out With Me mobile device, swipes their credit card and provides them with a receipt – printed or electronic options available. Customers just (need to) pay and go.”

According to Devangshu Dutta, Chief Executive at Third Eyesight consultancy, Walmart has a good sense of product development, sourcing and supply chain. “Flipkart is big in commodities products like books, mobile, fashion etc. and they operate well independently. But a sense of product management does not permeate Flipkart as they remain just a marketplace. They are discount-driven,” he says.

What Walmart gains from Flipkart

For Walmart, it is a move into another large market. Although Walmart is one of the largest companies in the world, valued at around $500 billion, currently their market cap is stagnating in the US. With the Flipkart deal, Walmart is in a position to get on a higher ground as they have a stake in the biggest ecommerce company in India.

Walmart’s earlier tie-up with the Bharti group in India when it entered the country in 2006 did not last long. By 2013, they parted ways, and Walmart got 100 percent ownership of the Best Price Modern Wholesale cash and carry business. Since 2009, they have had 20 stores in India.

In the last few years though, Walmart has been eyeing growth in online commerce. They acquired Jet.com, a year-old ecommerce startup in the US, for $3 billion in 2016. In turn, they gained ownership of online home and décor store Hayneedle, which was acquired by Jet.com earlier. Last year, Walmart bought online footwear retailer Shoebuy as well as Canadian offline-online retailer for sports goods, Moosejaw. Soon after, they bought women’s fashion e-tailer Modcloth.com.

An analyst who requested anonymity said about the Flipkart deal: “What Walmart essentially gains is a foot in the door. It never has had an online presence and it knows that to take on Amazon it has to get a strong online presence.” Of course, Walmart will not repeat the US mistake in India. Amazon had lot of time to build ecommerce in the US, and became a sticky platform. Since ecommerce has grown roots in India only over the last seven years or so, Walmart still gets an early mover advantage.

In India, Walmart needs majority stake in Flipkart so that they can experiment more with ecommerce. It has just 11 percent in revenue in the US now. But it has gone in for partnerships before. Walmart has partnered with JD.com in China, with Rakuten in Japan, and with ASDA in the UK.

A Flipkart employee, on the condition of anonymity, said Walmart will push towards developing stronger storage, inventory and logistics. “They are strong in groceries; they will push for that in India with Flipkart,” he says. In the US too, the Walmart-Amazon war in groceries makes daily headlines in the media. As Mohit says, Walmart is not here for a short time; it is in for the long game.

According to experts, Walmart is slow paced, and needs new generation leaders like Flipkart, which encourages entrepreneurial culture, to boost their online presence in India. “It is a huge company. Hence the pace of innovation is not as fast as some smaller companies. It needs to attract better talent,” a former Walmart executive says.

Devangshu, of Third Eyesight, also opines that Flipkart has scaled rapidly in the last five years with deep understanding of customers and by building a good ecosystem. “They have survived the many shutdowns in ecommerce. Their tech and service are efficient and they are a powerful business. Walmart does not have direct retail experience in India,” he says.

The acquisition of India’s most valued unicorn by an American giant could be seen as the inability of Flipkart to make it on its own, and take on Amazon by itself. But Satish says that this deal does not mean that Flipkart has lost. “They are still the largest ecommerce player in the country. But it is a long term battle, and the best option is Walmart. Investors pressure for exit after all,” he says.

At the end of the day, if it is benefiting the company and the consumer, it is a win for the Indian ecosystem altogether. Surely, Walmart brings in its unique culture as mentioned above. What is more, Walmart announced last week that suppliers have reported reduction of more than 20 million metric tons (MMT) of greenhouse gas emissions, as part of the company’s Project Gigaton initiative. It’s not just Flipkart, but India itself that could benefit from such initiatives.

(With inputs from Sindhu Kashyap)